Qatar and China partnership: Crucial for both sides

Qatar-China bi-lateral relationship remains crucial for both states amid the on-going trade war and the Gulf crisis. Qatar has maintained a delicate balance between the two economic rivals and continues to remain impartial in its alliances with the great powers. 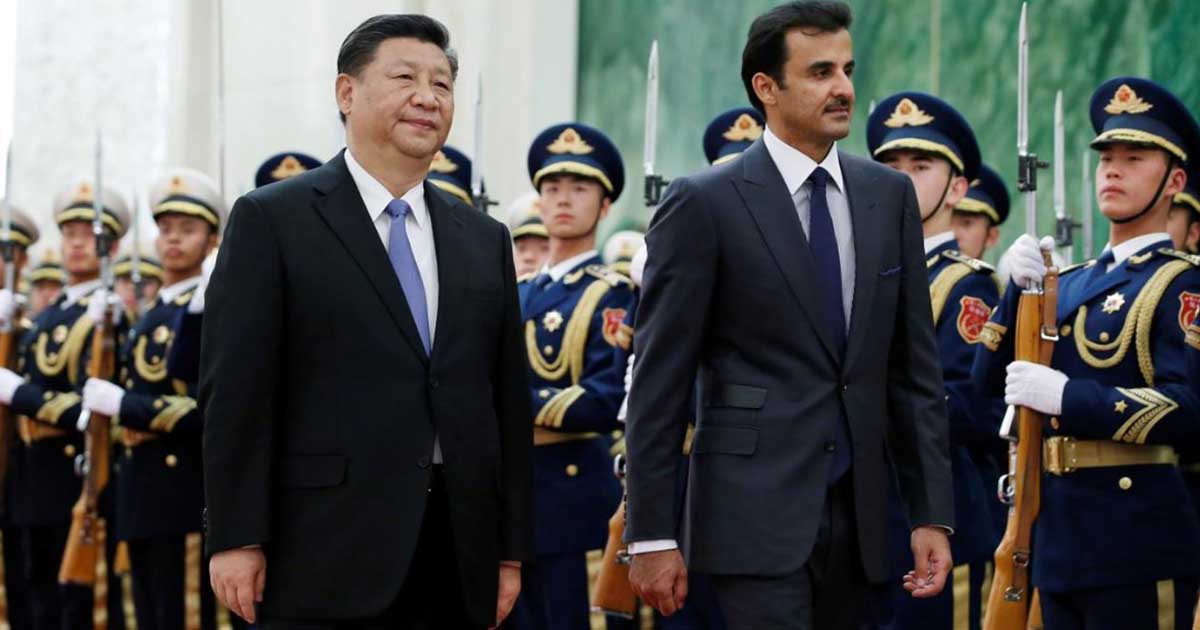 Qatar-China Committed to a Steady Partnership

Li Chen, the Chinese ambassador to Qatar has affirmed China’s commitment to their longstanding bi-lateral partnership. Talking to media reporters in Doha, last week, Li Chen expressed his gratitude to the Qatari State and its people for their hospitality during his four year tenure as China’s ambassador.

Mr. Chen who recently wrapped up his official duty in Qatar stated that cooperation between the two country will continue with the same eagerness.

China being the biggest LNG importer and Qatar being the largest LNG exporter provides both countries with mutual trade incentives. Qatar is the second largest Liquefied Natural Gas (LNG) exporter to China.

The recent reforms in Qatar’s investment sector made by Qatar Investment Authority (QIA) has resulted in increasing Chinese investor confidence in the tiny peninsula. Reportedly, 14 Chinese companies have invested in the country with 100 percent ownership- part of the reforms introduced by QIA to attract foreign investors. Additionally, 181 joint Qatar-Chinese firms are presently functioning in the peninsula.

The trade relationship of China with Qatar has enjoyed one of the fastest growth rate among all the bilateral ties China has with other trading partners last year, said Assistant Commerce Minister Ren Hongbin at the Qatar-China Business Forum on Thursday. pic.twitter.com/ehNGZVnnJM

President Xi Jinping of China met with the Qatari Emir Sheikh Tamim bin Hamad Al-Thani in Tajik capital, Dushanbe on the sidelines of the fifth summit of the Conference on Interaction and Confidence-Building Measures in Asia (CICA) this month.

The Qatari Emir visited China in January where he met with top Chinese officials including the President. In addition to on-to-one meetings, delegation level talks took place between the two countries during which three memoranda of understanding were signed between the two.

Both countries articulated desire to expand their trade and cooperation in the realms of LNG production and consumption. China being the biggest LNG importer and Qatar being the largest LNG exporter provides both countries with mutual trade incentives. Qatar is the second largest Liquefied Natural Gas (LNG) exporter to China.

Qatar has also played a key mediating role between the US and Afghan Taliban by providing both with a platform to negotiate a deal.

The Chinese president also expressed desire to boost technology and telecommunication trade between the two countries. China currently aims to expand its Fifth Generation (5G) influence in the world amid trade war with the US.

Qatar has maintained that the on-going trade war between the US and China impacts humanity all across the world. With the increase in trade tariffs from both sides, countries with meager economic resources suffer high inflation, currency devaluation and forced into seeking debt.

The US LNG production and export has faced major loss since the trade war has begun as a result of Chinese pull out from the US LNG imports. Being the largest LNG importer in the world, China is seeking to invest into LNG rich markets to resolve its chronic air pollution problem.

Moreover, despite being the fifth largest exporter of LNG, US still relies on LNG imports from other countries, primarily for two reasons; pipeline bottleneck issues and the 1920 Merchant Marine Act that restricts it to use its own domestically produced LNG.

Although Qatar has greatly benefited in the current situation by increasing its LNG imports to both the US and China. Presently, Qatar is planning to construct four-LNG trains for its exports to the US and is actively providing China with LNG for its domestic use and production.

Both the US and China remain key allies of the tiny Gulf state. In June 2017, China proved to be a great ally for the country, helping it rebuild its energy trade supplies, providing import goods that Qatar previously relied on its neighbors for, and for providing technical assistance to build football stadiums for the upcoming Qatar 2022. China also provided its technical assistance to Qatar for building its Hamad container port that has subsequently boosted Qatar’s import to states beyond the gulf.

On the other hand, Qatar being a key strategic ally of the US, hosts two US military bases including, Al Udeid Air Base and As Sayliyah Army Base. Qatar has also played a key mediating role between the US and Afghan Taliban by providing both with a platform to negotiate a deal. The Qatari Emir is reportedly expected to meet the US President Donald J. Trump in Washington around July to discuss the on-going Iran-US tussle and more importantly, the on-going Gulf Crisis.

Read more: Breaking the ice between Qatar and other Arab countries

Qatar continues to balance its alliance with both China and the US despite the growing trade war between the two. The balancing between the two trade rivals remains crucial for the Gulf state as it continues to be blockaded by its hostile neighboring states including Saudi Arabia, United Arab Emirates UAE), Bahrain and Egypt for alleged support to terrorist groups; an accusation Qatar has denied.