Qatar going out of its way to support Syrian refugee children

Syrian refugees in Jordan, Turkey and other countries continue to face life-threatening situation due to the harsh weather conditions. Qatar has launched several campaigns on humanitarian grounds to protect elderly and children in the camps. What the world and UN should do to prevent continuous human crisis in the Middle East? 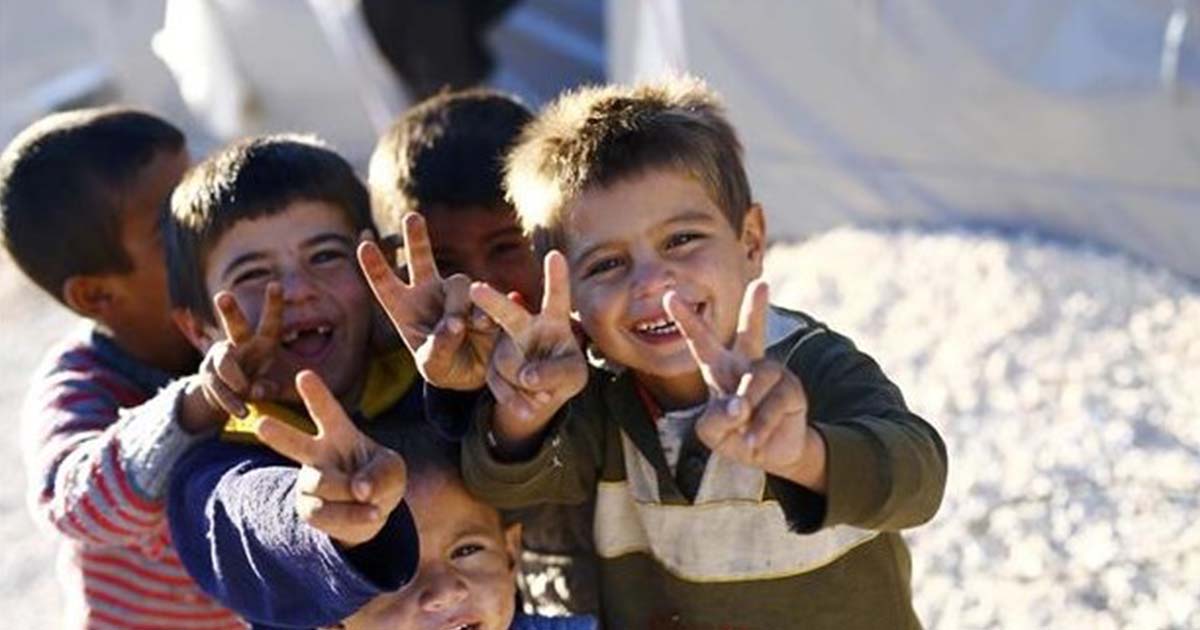 In the latest development, the Ministry of Culture and Sports, represented by the Qatar Publishers and Distributors Forum, has signed a memorandum of understanding with Qatar Fund for Development (QFFD) to support the cultural activities of Syrian refugees and displaced children in Turkey, Jordan, and Lebanon.

The agreement was signed at the Doha International Book Fair in its 30th edition, by Ibrahim Abdulrahim al-Bouhashem, Director of the Forum for Qatar Publishers and Distributors, and Khalifa bin Jassim al-Kuwari, Director General of the Qatar Fund for Development.

Doha International Book Fair, which runs January 9-19, includes many cultural activities and events, with the participation of 335 Arab and foreign publishing houses, and the French Republic is the guest of honor of the Fair this year.

Moreover, in Jordan, Syrian refugees collected winter aid items to keep them warm during the cold season. It included heaters and blankets to help them overcome the harsh cold.

Volunteers from the Jordanian Red Crescent Society handed out winter supplies including heaters and blankets to help families face the frigid weather.

@krysyen23 you guys are doing great, we are helping there is nobody setting foot your territory.
Syrian refugees in Lebanon, Jordan try to stay warm https://t.co/jLGenpXeav

After receiving her aid, Syrian refugee Onoud al-Jassim sat in her near-empty tent in a camp for refugees in Shahab city. “The situation is very hard, always rain and cold, and our situation is very bad,” she said.

The Jordanian Red Crescent’s aid distribution effort is part of the Warm Winter Campaign funded by the Qatari Red Crescent and Qatari Airways.

The campaign targets Syrians living in countries neighboring Syria and operates in Jordan, Lebanon, Turkey, and Iraq, according to the head of the Qatar Red Crescent delegation, Nehal Henfy. Families also collected aid at the headquarters of the Jordanian Red Crescent in Amman on Saturday.

Some 230 Syrian refugee families and vulnerable Jordanians received aid in the Jordanian capital.

It is worth noting that recently Qatar Charity (QC) launched the 2019-2020 winter campaign entitled “Warmth and Peace” from Syrian and Palestinian refugee camps in Jordan to help refugees, the displaced, and the needy in 17 countries, at a total cost of nearly 75 million Qatari Riyals. The winter campaign, which kicked off under the slogan “Give Warmth” is expected to provide 500,000 people with food, shelter and heating materials, reported ReliefWeb.

The campaign was launched in the presence of H.E Sheikh Saud bin Nasser Al Thani, Ambassador of Qatar to Jordan and Mr. Ayman Al Mufleh, Secretary-General of the Jordan Hashemite Charity Organization (JHCO),

A delegation from Qatar Charity, many social activists, and numerous social media influencers participated in sending 6 trucks loaded with winter supplies to be distributed to Syrian refugees and low-income Jordanian families in the Amman governorate, and Palestinian refugees in Talbieh camp in Madaba governorate in southern Jordan, benefiting 1600 people.

Given the difficult situation of refugees, internally displaced persons (IDPs), and those in need in countries experiencing extreme cold, he urged benefactors and philanthropists throughout the world to support the campaign to deliver assistance to the targeted people and ease their hardship.

Khalid Al-Yafei, director of Financial Sustainability Projects Office at Qatar Charity, expressed his thanks and appreciation to the Jordanian authorities for providing all the necessary facilities for the distribution of aid, and the media persons and social media influencers for their remarkable efforts in providing media coverage for the launch of the campaign, shedding light on its roles and highlighting the needs of refugees and those in need.

Why is PML-N campaigning against the Judiciary?