Qatar to spend a whopping $6B on construction for FIFA 2022

Qatar is reportedly spending six billion dollars on construction projects for World Cup 2022. It is the first country in the Arab world to host the mega tournament. 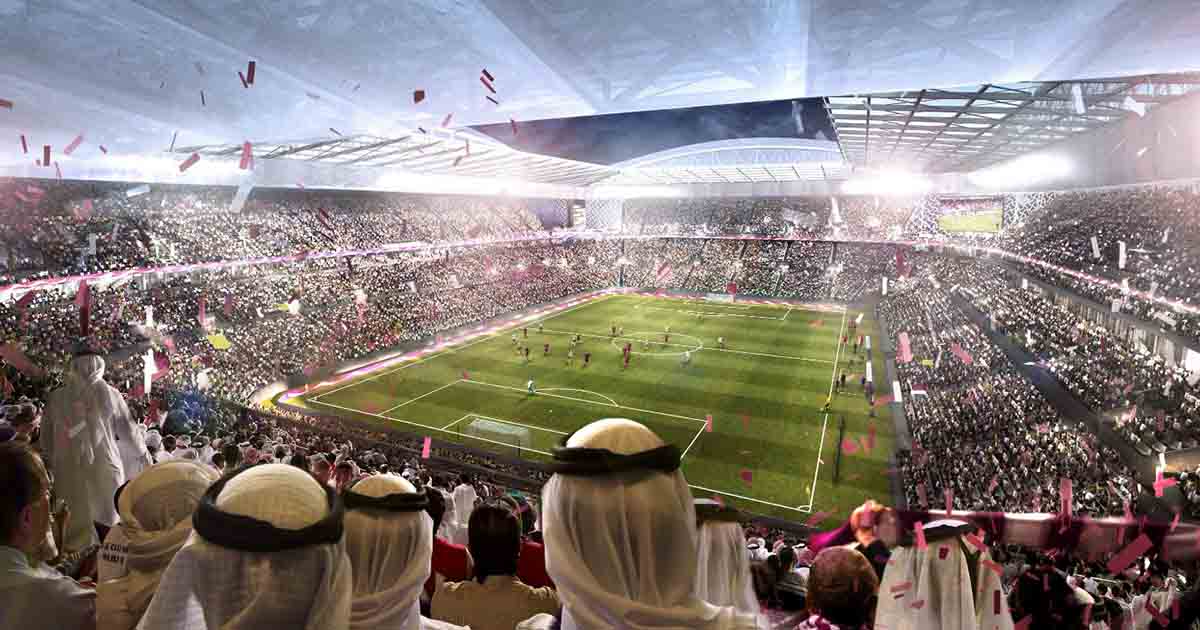 Hassan Al Thawadi, General Secretary of the Supreme Committee for Delivery & Legacy, in his statement at the St. Petersburg International Economic Forum revealed the construction and maintenance budget for the World Cup 2022, on Tuesday.

“The budget for football pitches and facilities is worth around six billion dollars” he stated while talking to a private media agency. In addition to the construction budget Qatar is set to spend more on the various infrastructure investments for the World Cup 2022 including the construction of the Airport City at the Hamad International Airport in Doha, expansion of luxury hotels and hospitality sector, further development of the transportation sector and other significant developments.

Al Thawadi, while discussing Qatar 2022 at the three-day event, reaffirmed Qatar’s ambition to develop the country beyond the tournament. He stated that the various on-going and completed infrastructure projects have provided numerous employment opportunities to people from all across the world.

32km North of Doha, Lusail Stadium, presently under construction, is expected to host the opening ceremony of the World Cup 2022 in Qatar.

“Qatar has always understood the potential impact of the World Cup and how it can accelerate our national vision and transform our country for future generations,” the GS of the Supreme Comittee said while speaking at a panel, “Big Football in the Cityscapes”.

Supreme Committee for Delivery & Legacy of Qatar is responsible for overlooking all the stadium construction related activities. In a statement to Al-Jazeera, Yasser Al Mulla, the SC’s Landscape & Sport Turf Management senior manager stated “All the stadiums will be completed two years before the tournament starts.”

Last month, the Supreme Committee reached a major milestone with the opening of Al Wakrah Stadium; a 40,000-seat venue located just south of the capital Doha. In addition to that, the construction work for the Al Bayt stadium; a 60,000-seat venue is expected to be completed by December this year. 32km North of Doha, Lusail Stadium, presently under construction, is expected to host the opening ceremony of the World Cup 2022 in Qatar.

In addition to these, Al Rayyan Stadium, Education City Stadium, Al Thumama Stadium and Ras Aboud Stadium are also being built by the State of Qatar.

Al Thawadi, while discussing the construction of football stadiums, talked about how these massive construction projects have added up to Qatar’s National Vision 2030 of becoming a global leader. “The construction work for the World Cup has triggered a positive economic movement in the state.” he said.

For Qatar, the World Cup 2022 is not merely limited to one tournament. In fact, the World Cup 2022 is an essential part of Qatar 2030, a national vision aiming to diversify Qatar’s economy. Qatar had previously been under the compulsion to rely on its hydrocarbon economy is now moving to other avenues of revenue generation. Speaking to the panel in Russia, Al Thawadi confirmed these claims by stating;

“Qatar’s astute financial planning and diversification away from a wholly hydrocarbon-based economy into new industries, such as Islamic finance, medicine, education and sport, has helped the country’s economy to thrive over the last two decades and become one of the region’s strongest,”

“The hosting of the World Cup is just one vehicle we are using to drive public-private partnerships, diversify the economy and encourage international investors and companies into the country.” he added further.

Qatar, last year, amended its laws pertaining to residency of the labor force and has since allowed the workers to leave the country without applying for an exit visa; an effort lauded by the ILO.

Qatar continues to be under an economic blockade and political boycott imposed by its Gulf neighbors, including Saudi Arabia, the United Arab Emirates, Bahrain and Egypt since 2017 for alleged support to terrorism; an accusation Qatar denies.

Qatar has since embarked on a solo journey towards economic development that is primarily focused on its Liquid Natural Gas (LNG) resources, on tourism under its Qatar Tourism Authority (QTA) and on foreign investments through the Qatar Investment Authority (QIA). The World Cup 2022 is expected to further Qatar’s vision which it aims to achieve by the year 2030.

It is widely believed that the Saudi-dominated blockade has been trying to create problems for the tiny Gulf state to host the region’s first World Cup tournament.

Since Qatar has won a bid to host the World Cup 2022 from its competitors, including the US, Japan, South Korea and Australia back in 2010, efforts to sabotage the event are being made by the Saudi-led bloc.

CTF Partners, a PR firm headed by Sir Lynton Crosby, a UK-based Australian political strategist, was reportedly to be paid $6.4 million for reporting Qatar as a terrorist funding state ahead of the World Cup, in a bid to black list Qatar from the hosting. The report named “Project Ball” was leaked to the Guardian and revealed how the “Partners could set up full-time war rooms around the world to spread negative stories about Qatar in the mainstream media, run fake grassroots campaigns on social media, and lobby potentially friendly politicians, journalists and academics.”

The company was also rumored to provide PR services to the Saudi Crown Prince, Muhammad Bin Salman, on his visit to the UK, last year.

In addition to the smear PR campaign against Qatar, various faux Human Rights abuse complaints have also been made against Qatar on the alleged violation of labor rights of the workers constructing the football stadiums for 2022. However, the United Nation’s International Labor Organization (ILO) has passed Qatari standards of worker rights. Qatar, in its defense, has stated that the improvement of labor laws is a work in progress and they continue to make things easier for their workers.

Qatar, last year, amended its laws pertaining to residency of the labor force and has since allowed the workers to leave the country without applying for an exit visa; an effort lauded by the ILO. Addressing the concerns of International organizations such as Amnesty International, Al Thawadi stated that “this World Cup can be a catalyst for change, both in Qatar and in other parts of the world”.

“Unethical recruitment is a global issue and an area where many countries struggle to manage. All too often, the very people who have left their homes to provide for their families are the ones exploited,” he further commented while talking about the HR policies of Qatar for their labor force.

Kasur incident: What happened and what needs to be done?