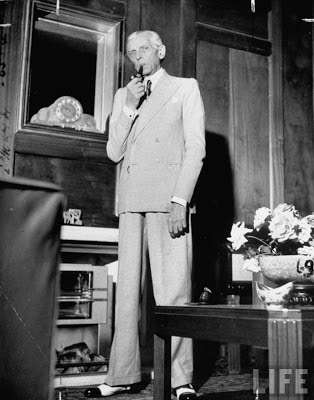 It seems that the defiance of Mian Muhammad Nawaz Sharif is resurrecting Zulfikar Ali Bhutto, the undisputed ‘Quaid-e-Awam’. While the leadership of Bhutto’s People’s Party chants ‘Bhutto Zinda Ha’, PML-N is openly talking about the injustice he had faced. Even after four decades of his judicial murder on April 04, 1979, politics seems to still revolve around ZAB.

In his last public address in August 1977 in Shadman Colony on the terrace of Sadiq Hussain Qureshi’s house, Bhutto had said that the country had three political forces namely: Pakistan People’s Party (PPP), Pakistan National Alliance (PNA) and Pakistan Military Academy (PMA). On the ill-fated night of July 07, 1977 when Ziaul Haq took over, PPP and PNA were close to an agreement. ‘The nightmare continues till today and will not end till the political players come on one page.

It is a very treacherous path full of obstacles which cannot be overcome without sacrifice. Zulfikar was followed by Shahnawaz, then Murtaza and then Benazir all Bhutto’s who died young. Mian Sahib has a tough act to follow.

Nawaz Sharif and Zulfikar Ali Bhutto have nothing in common except for their love for Cricket. Mian Sahib was often seen in the Bagh-e-Jinnah Cricket ground while ZAB wrote that he was enticed into marrying his cousin on the promise of getting a complete Cricket kit. ZAB who worked long hours was neither fond of food nor of rest. Every ministry had a night Section Officer who was required to respond to the queries from the PM Secretariat.

Every file was read and returned with orders within twenty four hours. In contrast, Mian Sahib has never written a word on any file and his mentor General Zia left room full of unattended files as he believed only in maintaining status-quo for which decision making was not required. ZAB revolted against the stifling status-quo of Ayub Khan. On November 30, 1967 he formed his centre left Pakistan People’s Party which was the first genuine political outfit of the country.

I stood face to face with him that day at YMCA hall on the Mall Road. Clad in a white double breasted suit he looked gorgeous. He asked the charged crowd, Awami or Sarkari? ‘Awami’ was the unanimous chant, thus started the struggle of ‘Quaid-e-Awam’ against the establishment and its stagnation that had divided the nation into have and have nots.

In the first few days of his coming into power, the police decided to go on strike in Punjab and NWFP (KP now) as service to the people was not on their agenda. ZAB’s young governors (Khar, Sherpao) stood firm and served an ultimatum for them to come back to work within twenty four hours or face termination.

The Quaid-e-Daulat’ is now trying to emulate the Quaid-e-Awam’, it is called poetic justice but will he succeed? Yes indeed he will resurrect Bhutto but will he go all the way as the Bhuttos did.

They were back much before the deadline. Till today, Police and PPP don’t see eye to eye. On the other hand Muslim League from the days of Ayub Khan has always relied on ‘Thana Support’. While ZAB talked about ‘Police Atrocities’, the Sharifs clap for them and praise their performance, with the Chaudhrys not too far behind. Abbas Khan was an outstanding officer of Police Service of Pakistan (PSP) who had the unique distinction of leading the force in all the four provinces.

As IG Punjab he observed that people with criminal record had been recruited by the Sharifs of Lahore and Chaudhrys of Gujrat. Within days he was transferred leaving the force in evil hands. Police in Punjab needs a major overhaul otherwise good governance will remain a pipe dream, their loyalty is to Takht-e-Lahore not to the people of the province.

I started my engineering career in 1977 as Apprentice Engineer at PTTAC located near the Canal bridge on Ferozepur Road Lahore. At that time ZAB was lodged at Kot Lakhpat Jail facing murder trial at Lahore High Court. I often saw him sitting on the front seat of a Police Jeep being taken to the court. There was no protocol or convoy for the Ex-Prime Minister. Once the SP saluted him in the court premises, who was then promptly suspended for breach of discipline.

Mian Sahib emerged on the political arena as leader of Anti Bhutto establishment alliance. Most Pakistanis were sad at the judicial murder of an elected leader but then there were a handful of individuals who celebrated this great political tragedy. Mian Sahib remained a leader of this gang till his own government was dismissed under the ‘Draconian’ article 58(2b) in 1995. He used his influence to win restoration. From the Supreme Court he went straight to Zia’s grave to lay a floral wreath.

Mian Sahib was often seen in the Bagh-e-Jinnah Cricket ground while ZAB wrote that he was enticed into marrying his cousin on the promise of getting a complete Cricket kit. ZAB who worked long hours was neither fond of food nor of rest.

The act was mind boggling, I wrote an article “Victory of Restoration” in which I raised pertinent questions. The answers never came but I did receive a letter from the PM Secretariat with a meeting request to understand my point of view. Mian Sahib’s politics has now covered the entire spectrum, starting with imposed, subservient leadership now he wants it all. Instead of relying on Patwaris and Inspectors to manipulate the ballot, he now seeks a credible mandate which he never had.

Read more: How was the demand for Pakistan justified on secular grounds?

He is right PPP never accepted the judicial murder of ZAB which he and his party vehemently supported. When Justice Maulvi Mushtaq was ambushed in Model Town, Chaudhry Zahoor Elahi the Muslim League leader riding with the Maulvi died on the spot whereas the judge barely survived. It was the same Chaudhry who had bought the pen that was used to write the death sentence by the judge.

The political hit man of the establishment has now decided to hit back. The Quaid-e-Daulat’ is now trying to emulate the Quaid-e-Awam’, it is called poetic justice but will he succeed? Yes indeed he will resurrect Bhutto but will he go all the way as the Bhuttos did. It is a very treacherous path full of obstacles which cannot be overcome without sacrifice. Zulfikar was followed by Shahnawaz, then Murtaza and then Benazir all Bhutto’s who died young. Mian Sahib has a tough act to follow.

Why the Saudi Princes should have foreseen the corruption crackdown?