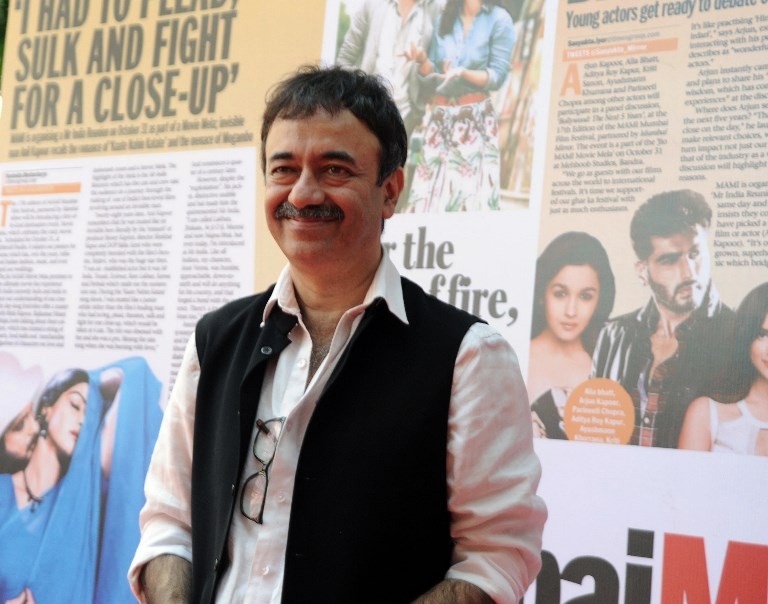 Bollywood box office king Rajkumar Hirani believes a new golden age is dawning for the Indian movie industry as filmmakers look outside the box to tell more varied stories. “Before there was a belief that you had to have songs,” said Hirani, the man behind a string of Bollywood hits including the global sensation “3 Idiots”.

“Now people are completely experimenting with the subject matter.” Even those directors who continue to include songs are also exploring “much darker themes” and still enjoying massive box office success, he said.

A case in point is 55-year-old Hirani´s latest offering, “Sanju”, which the director has brought to this year´s 23rd Busan International Film Festival in South Korea, the largest of its kind in Asia.

Read more: ‘Thugs of Hindostan’: A Bollywood version of “Pirates of the Caribbean…

“Sanju” is based on the real-life story of the rise and fall of Sanjay Dutt, who was born into Bollywood royalty but was jailed after being accused of involvement in the Mumbai terror attacks of 1993.

The director admits the project was a risk given the often grim nature of the story, which includes gritty scenes of drug taking and its lead character´s descent into depression. But the strong box office returns have convinced him that audiences want a wider range of options from Hindi language films.

Sanju” has so far grossed $80 million, placing it third on Bollywood´s all-time global earners´ list, according to The Times of India newspaper. “It´s very much a human interest story about battling your demons,” said Hirani. “It´s a very different kind of film that I have done before.

“While I was making it everybody thought it was a mistake.” But Hirani said he was more confident the film might succeed after seeing the reaction of Dutt, who was released from jail in 2016, at a preview screening.

He saw it three days before its release and I was watching him,” said Hirani. “He was crying and after that, he sat at home and drank for three days, so I knew it had worked.”

Experts say the Indian film industry is on track for record earnings in 2018, after surpassing last year´s $2.1 billion marks by the end of the first quarter. Across all languages, India now produces more than 1,000 movies a year — several hundred more than coming out of Hollywood.

Increasingly these films are finding a global audience. Hirani´s “3 Idiots”  the tale of three friends struggling with the pressures of getting an education was a ground-breaker in terms of international box office success, with around $30 million in international takings.

Hirani said Bollywood filmmakers are expanding their own horizons as their audience grows, both domestically and globally. But the filmmaker stressed he had found no magic wand for making great cinema.

“I don´t think there´s ever a formula for success in film,” said Hirani. “If there was, everyone would share it. I´ve been fortunate “I guess one of the principles I work with is making the film for yourself not an audience. At least then one person will like it.”

“You can´t judge what the world will like,” he added. “If you laugh at the jokes you are writing if you can cry at the emotional scenes, then hopefully the audience will too.”

But for all the guidelines, Hirani says, early on it´s hard to predict what the final product will look like. “Every time you start a new film it´s like digging a new well. You are not sure what you might find.”

The Damascus-Beijing bond: An emerging alliance

Second wave of virus in China: Beijing partially locked down