Rally Of Embarrassments: From ‘Dolan’ Trump to ‘Choee-Wala’

The Indian premier while welcoming USA President Trump switched l and n in his name, pronouncing it like 'Dolan' Trump. Likewise, Donald Trump was not behind in the race by calling Modi 'Choee-wala'' instead of 'chai-wala' 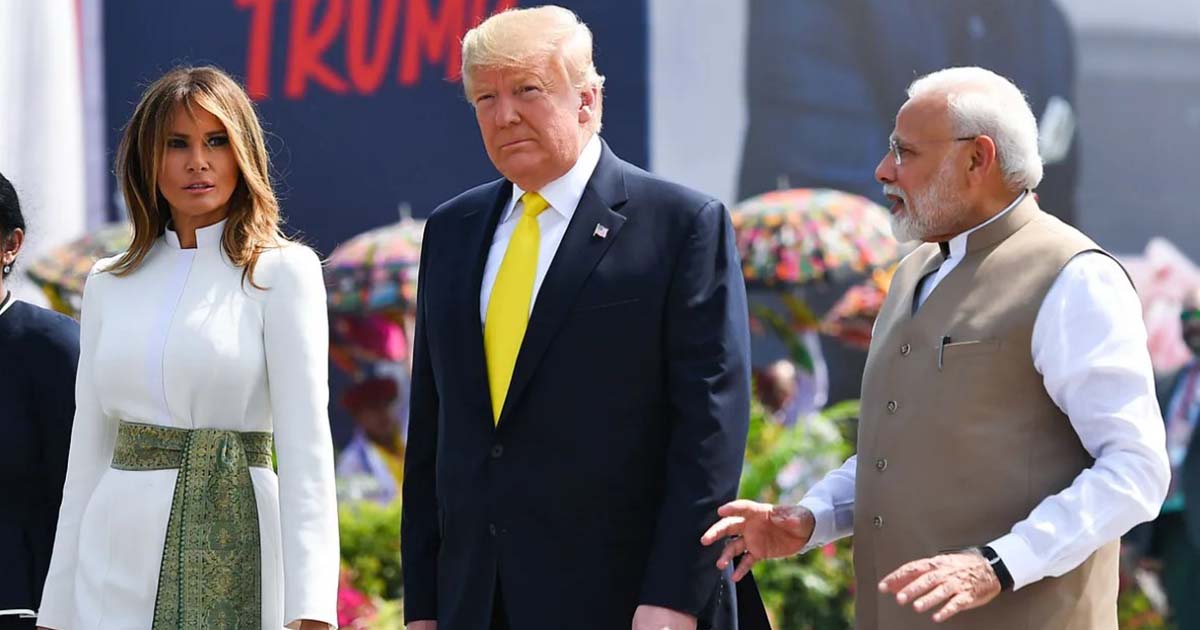 Indian PM Modi mispronounced the first name of the US President Donald Trump as Dolan Trump at a huge ‘Namaste Trump’ rally in Ahmedabad yesterday. The Indian premier while welcoming USA President Trump switched l and n in his name, pronouncing it like ‘Dolan’ Trump.

Meanwhile, besides PM Modi even USA President Donald Trump was mocked for several mispronounced words in his speech at the rally. While praising India and its legendary cricketers, President Trump mispronounced Sachin Tendulkar as ‘Soochin’ Tendulkar and Virot Kohli as ‘Koohlee’, cracking up the thousands of Twitter users.

On another occasion, US President Trump ended up calling PM Modi, ‘choee-wala’ (tea-seller) instead of ‘chai wala’ while appreciating the ascension of Narendra Modi from a humble background to the premiership.

Social media users said, both the world leaders vied for making hilarious gaffes during the public rally at Ahmedabad.

However, this was not at all, President Trump, irked the Indian audience when he elaborated about the USA’s good relations with Pakistan. His goodwill statements for Pakistan proved to be a trigger for Indian media and audience who immediately went haywire, started lambasting the ruling dispensation of BJP for inviting President Donald Trump to India, only to have him listen praising Pakistan.

The raucous reception received by President Donald Trump at the Ahmedabad rally fizzled out when he proclaimed good relations between the US and Pakistan.

imagine making 50 gazillion runs in intl cricket, only to be called Soochin by an orange lizard in front of 100k people.

A crowded rally in Ahmedabad at Motera Stadium was likened to the ‘Howdy Modi’ event organized by the Indian diaspora at Houston to welcome PM Modi in the USA last year. President Donald Trump had graced the event as a guest and was accused of turning it into his election rally.

Why hate someone for the pronunciation of names they’ve never heard before when there are so, so, so many better reasons to hate them?

Both events were organized to reinforce the cordial and stable ties between the USA and India. However, ‘Namaste Trump’ rally equally winded up unpopular among Indian citizens similar to the ‘Howdy Modi’ event.

Indian-American Businessman tells Trump how to deal with Pakistan