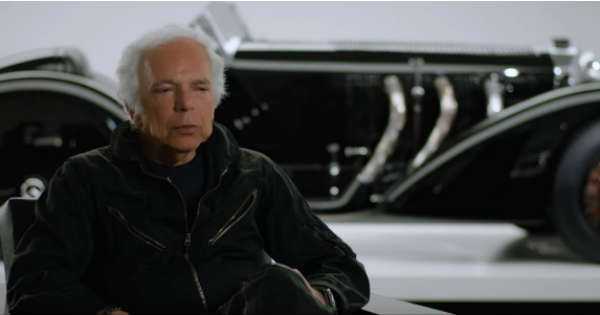 Stylish not only in clothing but also in automobiles, world-renowned designer Ralph Lauren has established himself as one of the world’s major car collectors. His impressive collection includes a 1938 Bugatti, a 1958 Ferrari Testa Rossa and a 2010 Lamborghini Murcielago; making Ralph Lauren’s range of cars ‘a museum of automotive history, an archive of performance machines that represent the finest achievements in motorsport’. With this collection, Ralph Lauren shows that the automobile is a major art form created by the industry’s biggest names: Bugatti, Alfa Romeo, Bentley, Mercedes-Benz, Jaguar, Porsche and of course, Ferrari, the high point of this unique collection.

A Ralph Lauren car collection documentary was broadcast in Europe but this Carjam video gives you a good idea of the collection.

Ralph Lauren most expensive car is either the 1938 Bugatti 57CSC Atlantic or the Ferrari 250 GTO, both would be worth over $45 million dollars each. Ralph Lauren’s favorite car is the McLaren F1 which he describes as like no other car he has ever driven!

Ralph Lauren Ferrari 250 GTO is featured in this video plus his Ferrari 250 Testa Rossa, worth $25 million dollars!

Set against the spectacular backdrop of one of the world’s most esteemed automotive collections, the Ralph Lauren Fall 2017 show presented Lauren’s passion for automobiles and classic, enduring style in front of the likes of Katie Holmes, Diane Keaton, Jessica Chastain and Nina Dobrev.

Models and celebrities had exclusive access to the prolific American designer’s vintage cars collection, which included his 1955 Mercedes Gullwing purchased in the 1980s and his award-winning 1938 Bugatti 57CSC Atlantic.

The Kingdom of Suzuki Mehran has fallen