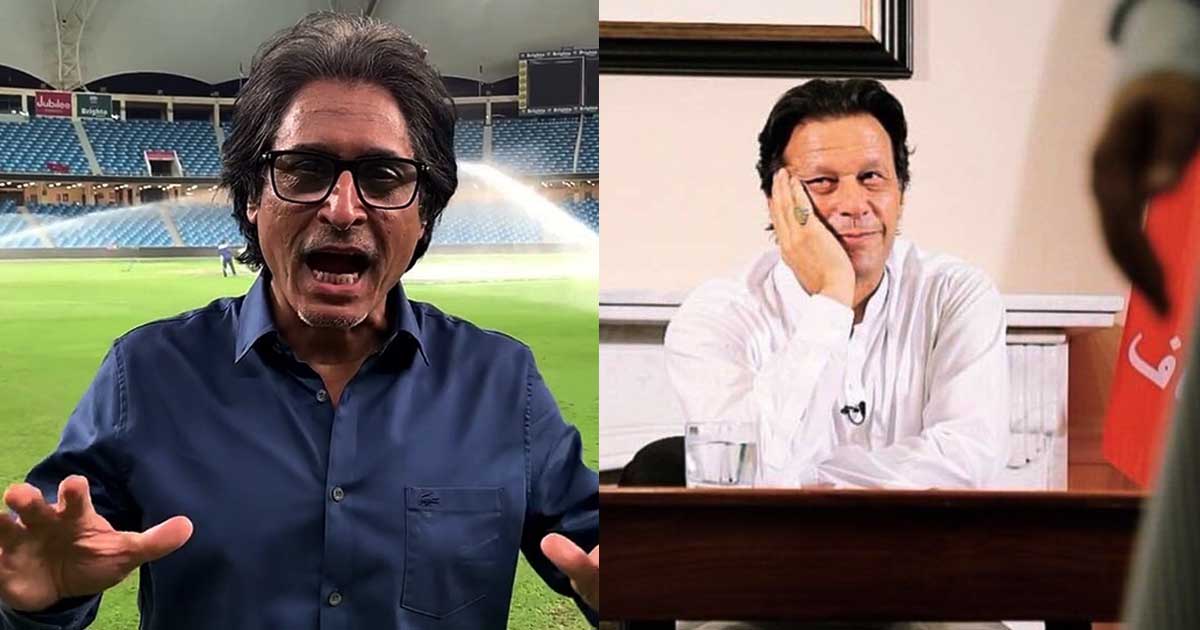 Cricketer-turned-commentator Ramiz Raja took a dig at TV channels and news anchors for giving coverage to the opposition and public’s protest of price hike under the new government of Pakistan Tehreek-I-Insaf. He expressed his anger over the aggressive shows on news channels targeting the new government in a tweet.

What’s gone wrong with our tv political shows and anchors? They have lost it-showcasing opposition’s morbid views who on their watch had fucked up Pakistan. If public is feeling the “price pang”it bloody well deserves it for voting them in power for 10 yrs.#horchuppo

He lambasted people and told them they should blame themselves for the recent inflation and other issues as they have voted for and brought into power, incompetent leadership in the past ten years who had created havoc in Pakistan. He also rebuked political parties such as the PML-N and PPP for criticising the PTI government, reminding them that they were responsible for the damage done to Pakistan under their leadership.

Ramiz Raja sahib – pls stick to commenting on cricket. Blaming the poor for being poor is not exactly good form. https://t.co/avrSLCg4wH

“What’s gone wrong with our tv political shows and anchors? They have lost it-showcasing opposition’s morbid views who on their watch had fucked up Pakistan. If the public is feeling the “price pang” it bloody well deserves it for voting them in power for 10 yrs.#horchuppo” tweeted Ramiz Raja.

well if @MazharAbbasGEO can comment and analyse on cricket then why Ramiz Raja cant comment on media’s brassiness ? You are too stupid to ask him this when you have to comment on every match and player selection. Media Hypocrisy as usual.

The removal of former finance minister Asad Umar, recent price hike and the talk of the bailout package from the International Monetary Fund has brought the leadership of Pakistan Tehreek-I-Insaf under immense public pressure.

Yet another genius from the world of cricket. https://t.co/dDeNWjHZt4

The support of Ramiz Raja is crucial for Prime Minister Imran Khan at a time when his government is struggling to bring the economy back on track.

Ramiz Raja has got what you cant have in your entire life which is respect and love from every Pakistani. He didnt wrote a single word which does not fit on PPP and PMLN. They really fuc*** up our beloved Pakistan and people like you sitting in air conditioned room talks nonsense

Ramiz Raja’s tweet, however, met mixed reactions from people on social media. Some acknowledged his right to give his two-cents on the politics and economy of Pakistan as a citizen while others disregarded his statement saying what did he know since he was only a cricketer.

Mr. Raja’s tweet a perfect case study why a cricketer shouldn’t enter politics. Ramiz Bhai you have the wrong end of the stick! https://t.co/9P0VcDXxuv

The naysayers stated that being a cricketer Raja’s statement lacked an objective analysis of the current situation of Pakistan while others appreciated him for bravely calling out the previous political forces in Pakistan that has been responsible for its doom.

Now abusive brigade is attacking on legendary hero #RamizRaja. Stay strong sir these morons are in very less numbers. You are representing sentiments of overseas Pakistanis

I have never been this proud of Ramiz Raja… He stole the Show..

Punjab to build 1400 sports centers under its first sports policy