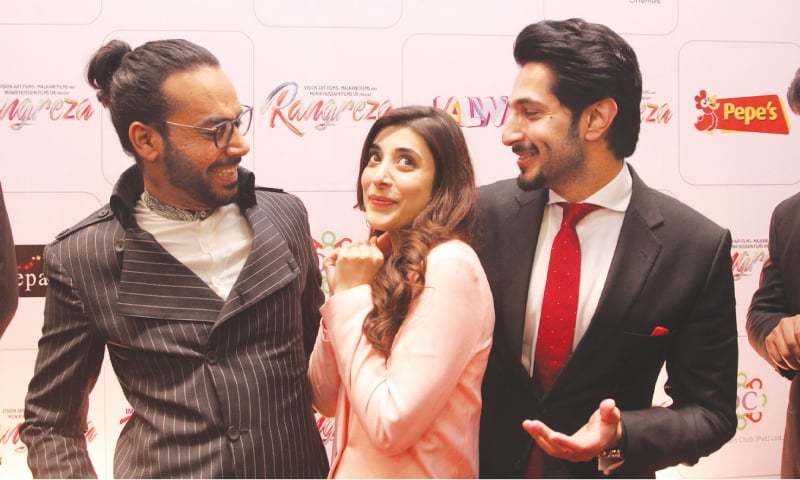 Rangreza is an upcoming 2017 Pakistani musical-romance film directed by Amir Mohiuddin, produced by Yasir Mohiuddin and Usman Malkani and written by Akhtar Qayyum under the production banner of Vision Art Films.

The film features Gohar Rasheed, Bilal Ashraf, Urwa Farhan, Ghana Ali, Saleem Mairaj and Akbar Subhani in the main cast. Earlier, Sana Javed was signed for the film but due to some emergencies she opted herself out of the film and the producers signed Urwa Farhan. In an interview, Urwa told that she will play the role of a kind girl named Reshmi.

Music of the film is composed by its writer Akhtar Qayyum and the songs have been sung by Abida Parveen, Asrar Shah, J. Ali, Jonita Gandhi and Qurram Hussain as his debut in Pakistani film industry. The shooting of the film began in Karachi.

The official trailer released on 22nd October 2017 whilst the official poster was revealed 2 weeks before. The first glimpse of the movie came during the cricket tournament adverts in June/July.

The awkward silence or the impending storm?