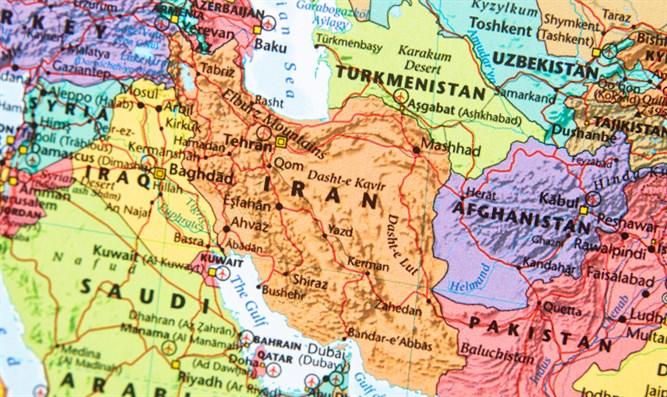 Almost a week has passed since the terrorist strikes in Tehran but Iran has not retaliated with any “surgical strike” against Saudi Arabia – and, typically, there isn’t going to be any. The political leadership pointed the accusing finger at Saudi Arabia, the US, and Israel. Supreme Leader Ali Khamenei said that the terror strikes “will only increase hatred for the governments of the United States and their stooges in the region like the Saudis.” However, Iran will not react in a hurry, given the crisis over the Saudi-Qatar standoff that is fraught with profound consequences for regional politics.

Interestingly, Iran signed another agreement on Saturday with Boeing, the American aircraft manufacturer, to buy 30 passenger planes in a $3 billion deal, with an option to buy another 30 aircraft at a later stage. This is on top of the $16.6 billion deal with Boeing negotiated in December. Tehran is piling pressure on the Trump administration because Boeing needed the approval of the US Treasury for the deal with Iran. Put simply, Tehran hopes to draw the US into an engagement process that incrementally deepens and broadens, which derails the Saudi-Israeli agenda to incite a US-Iran confrontation.

Iran is generating export business for American companies, which holds the potential to create jobs in their thousands in the US economy. This becomes a template, ironically enough, of President Trump’s ‘America First’ doctrine. It is a ‘win-win’ formula because Iran’s economy also badly needs Western investments and capital, especially the oil industry. Over and above, if American companies begin operating in the Iranian market, it will give impetus to European business and industry too.

Read more: Tehran attacks: Is the US-Saudi-Israel team getting ahead of Iran?

Having said that, Iran’s regional policies remain on track, no matter the Trump administration’s pressure tactic and rhetoric. Iran scored a signal victory in the weekend with Syrian government forces supported by Iran-backed militia reaching the strategic border crossing with Iraq at Al-Tanf. In immediate terms, the route for the US-backed fighters in the south to move into the strategically important Deir Ezzur province (which is also rich in oil deposits) now comes under the control of the Syrian government forces.

Meanwhile, Tehran is re-establishing high-level contacts with the leadership of Hamas. On Saturday, Hamas announced that a delegation led by its newly-elected leader Ismail Haniyeh (who recently replaced Khaled Meshaal) will be visiting Tehran. Iran’s ties with Hamas came under strain after Meshaal left Damascus (where he was living in exile for several years) to relocate himself in Doha, by way of displaying his solidarity with Qatar and Turkey in the Syrian conflict.

The Hamas’ reunion with Tehran’s ‘axis of resistance’ is significant, since Hamas is an offshoot of the Muslim Brotherhood and Qatar has come under pressure from Saudi Arabia to snap its links with the Brothers. It meshes with Iran’s support for Qatar in its rift with Saudi Arabia as well as promotes Iran’s desire for partnership with Turkey. Turkish President Recep Erdogan continues to patronize Hamas, despite that being the principal discord in Turkish-Israeli relations.

On the other hand, Iran’s warming of ties with Hamas puts pressure on Saudi Arabia and Israel at a time when the mutual comfort level between Riyadh and Tel Aviv has been rising lately, with the Trump administration actively promoting the idea of an Arab-Israeli normalization.

Read more: US’ plan to destabilize Iran: “Dark Prince” appointed as head of the CIA

Trump’s mission to Riyadh last month was at the behest of Israel, which has been pushing the narrative that the existential fear of Iran is bringing the Gulf Arab monarchies and Israel closer together.

Jared Kushner’s (Trump’s Orthodox Jew son-in-law and top advisor on foreign policy) thesis, which is the current US policy in the Middle East, is that a “from the outside-in” approach to Middle East peace – namely, signing of peace treaties between the Arab states and Israel to generate goodwill and new diplomatic relations, which in turn will help advance Palestine-Israel settlement – is the priority today as against the traditional “inside-out” approach that gives primacy to peace between the Palestinians and Israelis as the necessary first step that will facilitate an end to the Arab-Israeli conflict.

Trump’s mission to Riyadh last month was at the behest of Israel, which has been pushing the narrative that the existential fear of Iran is bringing the Gulf Arab monarchies and Israel closer together. Of course, Israeli calculation is that peace treaties between the Gulf Arab regimes and Israel (on the pattern of Israel’s peace treaties with Egypt and Jordan) will ultimately render the Palestinian cause obsolete and completely ease the pressure on Israel to accommodate Palestinian aspirations and demand for a fully independent state.

Significantly, while reporting on Hamas leader Haniyeh’s forthcoming visit to Iran, the influential Tehran Times newspaper made the following observation:

“We will not abandon our Qatari brothers,” said Erdogan at an Iftar meal in Istanbul on Friday, while addressing his party colleagues.

Suffice to say, Iran’s move to bring Hamas into the ‘axis of resistance’ threatens to undermine the game plan that Israel has been working on (via Kushner and Jason Greenblatt, fellow Orthodox Jew, associated with Trump’s organization). All three countries – Qatar, Turkey, and Iran – sense that the current US-Israeli-Saudi offensive against “terrorism” is actually the metaphor for an all-out assault on the Muslim Brotherhood, branding it as a “terrorist” organization, which in turn is ultimately aimed at driving Hamas into the political wilderness and thereby scattering the Palestinian resistance movement once for all.

To be sure, both Turkey and Iran have taken note that at the end of the day, the Muslim Middle East has shown reluctance to join Saudi Arabia’s anti-Qatar front — including Jordan, which is sitting on the fence, merely resorting to the cosmetic move of downgrading the diplomatic ties with Qatar, despite its need of Saudi goodwill. Of course, Turkey, Iraq, Lebanon, Jordan, Kuwait, Oman, Algeria, Morocco, Sudan, and Tunisia have ostentatiously dissociated themselves from the Saudi strategy to isolate Qatar. Indeed, Turkey has forcefully rejected the Saudi embargo against Qatar — “We will not abandon our Qatari brothers,” said Erdogan at an Iftar meal in Istanbul on Friday, while addressing his party colleagues.

Who did Pakistanis support in Asia Bibi’s case?