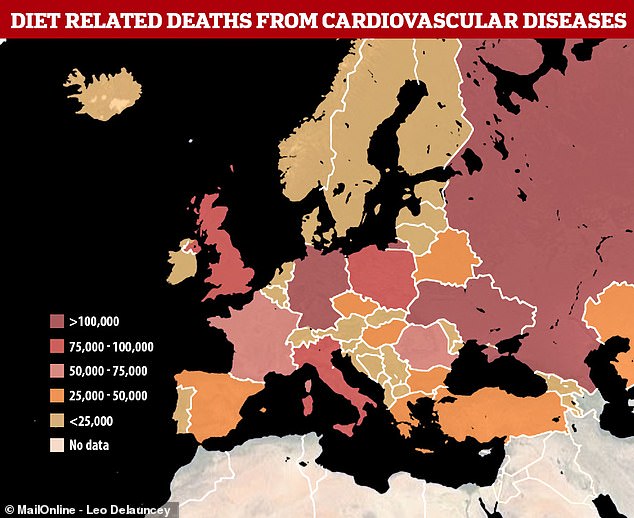 The term “New Middle East” was introduced to the world in June 2006 by the US Secretary of State Condoleezza Rice. It envisioned redrawing the maps of the Middle Eastern states. This could only have been achieved by overthrowing the governments either by invasions or creating instability. At that time, the Middle East and North Africa was in firm grips of dictators and the realization of this concept seemed impossible. After eleven years, this notion seems to be turning into a reality.

The post-WWI Middle Eastern fault lines were first jolted in 2003 when the US set foot on Iraqi soil. A series of events, steps or misteps, starting with the removal of Saddam Hussain from power, has led to the distortion of the contemporary Middle East formed under the Sykes-Picot agreement of 1916. This region, now, is embroiled in civil wars, sectarian conflicts, and ethno-nationalist terrorism. The instability and balkanization of this region, which was considered unrealistic only a decade ago, is now a hellish reality.

From where it all started…

The insurgency against the US occupation was accompanied by the sectarian conflict between the Sunnis and Shiites thus dividing the nation.

The New Middle East notion gained prominence in the post-Saddam Iraq. Iraqi politics had previously been based upon the sectarian identities, namely the Shia and Sunni identities, which were supplemented by the ethnic divide between the Arabs and Kurds.

The imposition of US-backed Shiite government after the 2003 invasion, brought out deep divisions within Iraqi society. Alongside the insurgency against the US occupation, started running a sectarian conflict between the Sunnis and Shiites, creating schisms in the nation. However, the US surge in Iraq, which started in 2006, curbed this violence and allowed Iraq a brief period of stability. When President Barack Obama pulled out the forces from Iraq in 2011, the Shiite government in Baghdad was expected to unite the country and bring prosperity in the war-torn nation.

However, the oppressive and discriminatory attitude of the central government once again kindled the sectarian divisions in Iraq. The crackdown of Shiite-dominated Iraqi security forces on Sunni minority carved out a way for the rise of self-proclaimed Islamic State (IS) which quickly captured large swaths of Sunni-majority areas in the country.

The civil war in Syria created a vacuum which was filled by the IS and it became one of the most powerful non-state terrorist groups in history. The Iraqi and Syrian government forces are now at loggerheads with this extremist group.

This IS blitzkrieg was happening at a time when the region was experiencing a wave of revolutions, categorized as the Arab Spring. This so-called pro-democracy movement showed the doors to many dictators who had been ruling Arab states for decades. These dictators, since then, have been replaced by other dictators or Islamist regimes. However, high hopes tied to this Arab Spring were shattered and this revolution came to a halt in Syria where pro-democracy protests quickly turned into a complex civil war.

Read more: A Vision of Trump’s Middle East: Back to the Future

The civil war in Syria created a vacuum which was filled by the IS and it became one of the most powerful non-state terrorist groups in history. The Iraqi and Syrian government forces are now at loggerheads with this extremist group. The rise of insurgency and terrorism motivated by ethnonationalism and religious extremism has exacerbated the state of affairs in these states which lie geographically at the heart of the region.

The rise of Kurdish autonomous enclaves

This unrest wreaked havoc across the landscape of various Middle Eastern states but the Kurdish majority regions mostly escaped this destruction. Kurds inhabit northern parts of Iran, Iraq, and Syria and south-eastern parts of Turkey. They have for decades strived to form an independent state based on Kurdish nationalism. Their armed struggles were brutally suppressed by the governments but with the end of Saddam’s government, an autonomous Kurdish enclave in northern Iraq was created.

In March last year, the administration self-declared the establishment of a federal system of government as the Federation of Northern Syria-Rojava.

The Barzani-led Iraqi Kurdistan has amassed power and resources – thanks to the support provided by the western countries and Turkey. This Kurdish enclave possesses strong military force known as the ‘Peshmerga’ which has played a vital role in checking the advances made by the IS forces.

Rojava is another de-facto autonomous region in northern Syria having a Kurdish majority. The region gained its de-facto autonomy as a part of the ongoing Rojava conflict and the wider Syrian civil war. In March last year, the administration self-declared the establishment of a federal system of government as the Federation of Northern Syria-Rojava.

Read more: West versus East: From America’s “Triumph” to “Trump”

The Syrian regime seems to have acknowledged the existence of this enclave and has developed an understanding of non-aggression against it. The reason being, the Kurds are serving the purpose of not only checking the advances of the IS but also have served as a check to the Turkish aggression in Syria. The presence of American and now Russian Special Forces in this enclave has granted some sort of recognition to this region as an autonomous Kurdish entity.

The proxy war has deepened the sectarian division in the volatile region that has helped the Islamic State expand its influence in addition to the creation of various sectarian and ethnic cantons.

The Kurds in Turkey and Iran are waging a protracted guerrilla war against the government forces. But it is the Kurdish-majority regions in Iraq and Syria which truly possess the potential to move the region towards balkanization to form a greater Kurdistan. This can change the entire political and strategic dimensions for the region in general and Turkey and Iran in particular.

The US-Russian proxy war in Syria and its implications

The proxy war between the USA and its allies on one side and the Russian-Iranian alliance on the other has destabilized the entire region with Syria bearing the brunt of it. This proxy war has deepened the sectarian division in the volatile region that has helped the Islamic State expand its influence in addition to the creation of various sectarian and ethnic cantons.

The Syrian civil war which started as an armed struggle to bring democracy to a dictatorial state is now overshadowed by the sectarian conflict between the Alawite-led regime backed by Russia and Iran and the religious-fundamentalists-led Sunnis supported by the US and its allies.

Yemen is now split into areas controlled by Houthi-led Revolutionary Committee, Hadi-led government, the Al-Qaeda in Arabian Peninsula, and the Islamic State.

Syria already seems to have been divided into Alawite, Druze, Sunni, and Kurdish enclaves, with each group setting up its separate administration in the territory. Syrian regime forces are regaining ground from Sunni insurgent groups and terrorists, but to contemplate that these forces will restore the writ of the state in all parts of the country will be a fantasy.

The proxy war between various regional and extra-regional powers in Syria has increased the probability of this once peaceful, secular state to split up.

Yemen is also facing a wave of serious devastation and division. The forgotten and ignored war in Yemen which lies to the South of Saudi Arabia has divided this country into enclaves. The country is now split into areas controlled by Houthi-led Revolutionary Committee, Hadi-led government, the Al-Qaeda in Arabian Peninsula, and the Islamic State. The coalition of AQAP and the IS in Yemen can also disturb the regional security which in turn can lead to the balkanization of countries surrounding Yemen.

Read more: Iran’s Strategic Move Reveals its “Reservations” over the “Islamic Military Alliance”; What next?

The New Middle East: A perception ‘no more’

The division of this resource-rich and strategically important region seems to be realistic now. However, this act has a cost: the loss of hundreds of thousands of lives and vast destruction of infrastructure in addition to millions of refugees. The death and destruction in the region might come to an end, but the Sykes-Picot Middle East will never be the same.

Zeeshan Munir is a senior research associate at Center for Strategic and Contemporary Research, Islamabad. He has a deep interest in global affairs and international humanitarian law. The views expressed in this article are the author’s own and do not necessarily reflect Global Village Space’s editorial policy.