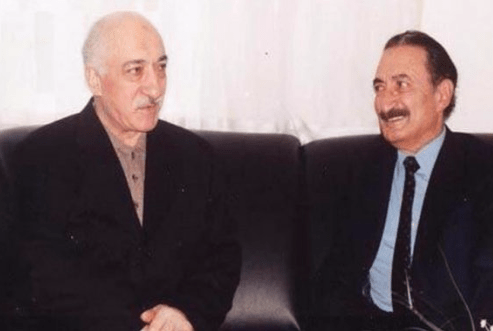 The mystique of democratic elections will never wither away. My late father used to reminisce how agonizing the waiting was in the 1957 parliamentary poll when after voting ended, the long drawn-out 2-day process of counting of ballot papers began in the Chirayinkeezhu constituency in Kerala where he was contesting as the candidate of the Communist Party.

It was a sprawling constituency, the biggest in the state, stretching from the Arabian Sea to the Western Ghats. The communists were literally coming in from the cold into bourgeois politics. The Party was broke, had no resources to campaign and had only a vague sense of its popular standing. And Jawaharlal Nehru had visited the Chirayinkeezhu constituency and spoke at two locations to campaign for the Congress Party candidate, pulling big crowds. My father eventually won with a massive majority and all his opponents lost their election deposits.

If we look at the political map, Turkey has become a deeply divided and polarized country.

I am really intrigued by the complicated thoughts at this point in the mind of the Sultan of the Bosphorus, President Recep Tayyip Erdogan who has landed with a strange victory in Turkey’s referendum on Sunday to transform the country into a presidential system. He won by a whisker – 51% ‘yes’ to 49% ‘no’. Technically, he can now push ahead with constitutional reform and concentrate executive and political power in his hands and can rule Turkey for two terms all the way up to 2029.

Read more: Erdogan’s win splits Turkey in half, opposition out on streets

But that will be “majoritarianism” carried to the extreme – even if not as ridiculous as what is happening in our “Congress mukt” India. Consider the following.

If we look at the political map, Turkey has become a deeply divided and polarized country. The ‘yes’ vote came from the Anatolian region, but all the metropolises and most big towns and the entire Aegean in the west and the Kurdish homelands in the east voted ‘no’ – especially, Erdogan’s beloved ‘city of heart’s desires’, Istanbul, and the capital city of Ankara. (Central Ankara, the throbbing heart of the country’s Establishment, came out with a stunning 76% ‘no’ vote.) Funnily, Istanbul and Ankara are the ruling party’s strongholds where it has been running the local administration for over a quarter century.

Trump understood this is a high stakes game and did one better than Putin by telephoning Erdogan and congratulating him personally.

This has been a “rigged” election with the opposition fighting with one hand tied behind its back, thousands of critics of Erdogan incarcerated, media muzzled in such a way to project only Erdogan’s gospel, and entire governmental machinery blatantly used to propagate his platform. On top of it, there is ground for suspicion about illegal balloting. Unsurprisingly, the western opinion is rejecting the verdict. In fact, Moscow among major European capitals stood alone in voicing support for Erdogan’s victory.

Read more: Turkey is about to vote its destiny: Erdogan’s backup plan just in case he loses

The future of Turkey – and Erdogan

The Sultan must be aware that this is far from an unvarnished triumph. If I know him, Erdogan will nonetheless insist that this is still a win, and he will unlikely pause on his track. And if I know the Turkish people, there will be serious resistance to his political agenda of aggrandizing power. The opposition senses that cosmopolitan Turkey rejects Erdogan’s agenda, that it actually might have “won” the referendum but for the irregularities. The opposition will be intensely conscious that the western opinion is working in its favor. Prolonged political chaos may well ensue.

Erdogan may well step up the “Islamization” agenda, tapping its huge resonance in the Anatolian heartland. In regional politics, this will manifest as “muscular diplomacy” – toward Syria, Iraq in particular. Erdogan’s equations with Europe will remain in disarray (although Europeans are conscious that he can play dirty on the refugee problem if provoked.) Erdogan’s own wish will be, to cozy up to President Donald Trump and keep up his delicate waltz with President Vladimir Putin. But there are contradictions in Turkish-American relations and Russia can at best be a “frenemy” (neither a friend nor an enemy of Turkey – or both friend and enemy.)

Read more: Real reason why Turkey is not calling for an Investigation into the chemical gas attack in Syria

This has been a “rigged” election with the opposition fighting with one hand tied behind its back, thousands of critics of Erdogan incarcerated, media muzzled in such a way to project only Erdogan’s gospel, and entire governmental machinery blatantly used to propagate his platform.

The Kremlin’s unseemly rush to support the referendum vote is clearly an act of throwing the gauntlet at Washington. If the US breaks loose from the western opinion, its claim to ‘exceptionalism’ (democratic values) gets into disrepute. But if the US joins the western chorus and pressures Erdogan, he might fall on the Russian lap like a rotten apple.

Trump understood this is a high stakes game and did one better than Putin by telephoning Erdogan and congratulating him personally. Of course, Turkey is the archetypal “swing state”. Trump’s Middle East policies, aimed at boosting the US hegemony in the region to its pristine level, cannot go far without Turkey’s cooperation. Besides, Turkey is a hugely important NATO power that is destined to play a big role in the future trajectory of the West’s troubled relations with Russia.

To be sure, Trump and Putin will compete to hold Erdogan’s hand. However, Erdogan will remain a thorn in the flesh for both Trump (who is deadly serious about fighting the ISIS) and Putin (given Turkey’s imperial ambitions in Syria and its rejection of a long-term Russian military presence in eastern Mediterranean.) Much depends on Erdogan’s sagacity to open a political dialogue with the Kurdish separatists. If he does that, the regional security scenario can shift in Turkey’s favor.

Suffice it to say, the dialectics involving Erdogan’s domestic agenda and his regional policies will continue to play out in the Middle East.

M. K. Bhadrakumar has served as a career diplomat in the Indian Foreign Service for over 29 years, with postings as India’s ambassador to Uzbekistan (1995-1998) and to Turkey (1998-2001). He writes extensively in Indian newspapers, Asia Times and the “Indian Punchline”.

Previous articleWhat we need to do to ensure ‘free and fair’ elections Pakistan?
Next articleWhy the US National Security Agencies need to keep a ‘Cold War’ going

21 September 2021
Previous articleWhat we need to do to ensure ‘free and fair’ elections Pakistan?
Next articleWhy the US National Security Agencies need to keep a ‘Cold War’ going

Saudi Arabia or Qatar: Pakistan’s search for neutrality in the Gulf crisis