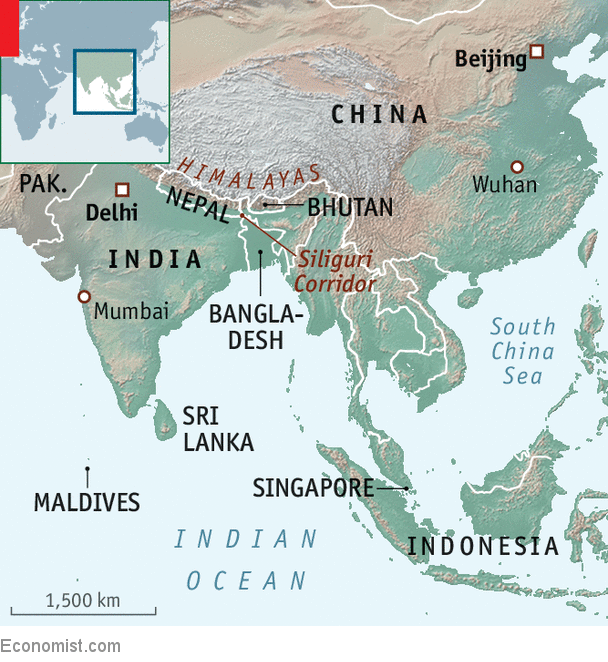 India’s air quality now rivals China’s as the world’s deadliest, according to a new study published on Tuesday amid warnings that efforts to curb pollution from coal won’t yield results anytime soon.

“India now approaches China in the number of deaths attributable to PM2.5,” said the report by the Health Effects Institute and the Institute for Health Metrics and Evaluation

India and neighboring Bangladesh have experienced the steepest increases in pollution since 2010 “and now have the highest PM2.5 concentrations” in the world, the report said.

The government shuttered schools and temporarily closed a coal-fired power plant as a stop gap, but experts say the energy-hungry nation will need to do more if it’s to clean the air for India’s 1.25 billion people.

But where deaths linked to air pollution in China have steadied in recent years, the rate has soared in India where smog readings in major cities routinely eclipse safe exposure levels.

Pollution levels are worsening in India as it tries to industrialize, but “the idea that policy making should be led by the government is lacking,” Bhargava Krishna, manager for environmental health at the Public Health Foundation of India, a health policy research center in New Delhi, said in an interview.

As air pollution worsened in parts of the world, including South Asia, it improved in the United States and Europe, the report said, crediting policies to curb emissions, among other things. The report’s website that provides country-by-country data on pollution levels and the health and mortality effects.
India’s notoriously poor air quality causes nearly 1.1 million premature deaths every year, almost on par with China, concluded a joint report by two US-based health research institutes.

However, the Indian government is in denial mode on linking premature deaths to air pollution.

Previous articleNorth Korean Strongman’s brother killed, by two women, at Malaysian airport
Next articleWhat kind of politics is being played to stop FATA being integrated into Pakistan?

17 September 2021
Previous articleNorth Korean Strongman’s brother killed, by two women, at Malaysian airport
Next articleWhat kind of politics is being played to stop FATA being integrated into Pakistan?

Pakistan at 70: with issues but many promises

Of courtships and divorces: Trump segmenting his policy for India and Pakistan.