“Reham Khan”: A book where every character is assassinated 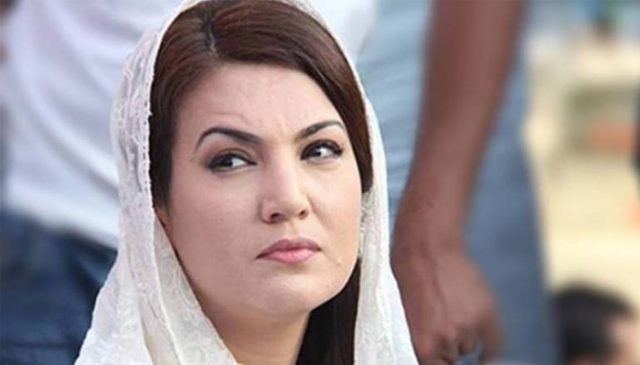 After a lot of discourse on its controversial leaked manuscript, Reham Khan’s book has eventually hit the shelves on Thursday. The book has been released a couple of weeks before the upcoming General elections. Ironically, the formal publication of the book has failed to wither off the preconception about its objectionable content.

Reham Khan claims to recount the incidents exactly the way she has witnessed during her time in Bani Gala. She states the book is void of exaggeration of any sort and hence can prove her allegations in a possible case of any defamation suits.

From her former husband, Imran Khan, to the workers of Pakistan Tehreek-I-Insaf, Asad Umar, and various political personalities and renowned celebrities like Hamza Ali Abbasi and singer Salman Ahmed, all have been under attack in the book. The author has leveled various allegations of sexual misconduct, adultery and drug addiction against the senior leadership of the party, including its female workers and Imran Khan.

Reham Khan has also described Imran Khan’s proposal to her, which she claims came as a shock to her.

In an interview to an international media outlet Reham Khan says she is ready for her character assassination following the release of the book.

He was like a little boy desperate for my acknowledgment

“I am prepared for the character assassination and assumptions. I couldn’t care less. I have written to inform and guide and I wish I had not wasted my vote back in 2013,” she said.

“There is no exaggeration and I have reported what I witnessed, word by word,” she said

An excerpt of the book states that Imran Khan unethically approached and touched her several times before they got married including an incident when she was in a meeting with Salman Ahmed regarding polio drive.

Read more:  Jemima to move court if Reham publishes her controversial book in…

“My displeasure was evident to all from my expression. I chose to sit next to Salman Ahmed, and deliberately ignored Imran. To make it clear that I did not want to be near Naeem, I made a point of picking up my chair and placing it as far from and his bad breath as I could. The man sitting on Imran’s right kept staring at me. He was the owner of the Hyatt Tower on Constitution Avenue. Next to him sat Bina Sultan, a fashion designer by day but also the lady-of-the evening for many, including Imran (according to the man himself). I pretended to be deep in conversation about polio to Salman while texting my nephew to come and pick me up as soon as he could. I remember Asad Umar looking at me as if he was disappointed. I worried about what the rest of the restaurant might think. I did not want to be labeled as one of IK’s girls.

……Imran suddenly reached out from his place at the head of the table and touched my arm to get my attention. I jumped, rather alarmed. He was like a little boy desperate for my acknowledgment.”

The author has even attacked her former husband and father in law, accusing them of being wife batterers.

Since its leak months ago, the book became a contentious topic of debate on media and despite several opportunities, Reham Khan failed to distance her from the alleged manuscript.

The readers are however unable to grasp the agenda of an incomplete biography. Was it intending to malign the leadership of PTI? Was it vengeance? What lessons can be derived from her biography? Is the release of the book a politically maneuvered move intending to dent the popularity of Imran Khan before the elections?

Reham Khan has always defined herself as a victim of character assassination at the hands of her fellow countrymen. However, ironic it is that she, herself, has accused almost every character in her autobiography of adultery, wife battering, substance abuse or treachery. Reham Khan has penned a book where the author itself has become the antagonist.

Black Out: Faiz’s daughter invited and turned away by India