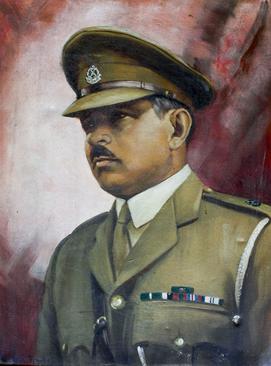 On the eve of independence, Jinnah had declared that the future relations between India and Pakistan would be like those between the U.S. and Canada. While replying to a foreign correspondent, he talked about a local Monroe Doctrine, which would seal the Sub-Continent against foreign interference.However, the Congress leaders were thinking in a diametrically opposite direction.They considered partition akin to a cease- fire in an as yet inconclusive multidimensional struggle. While the main objective of Pakistan was to absorb the huge influx of refugees from India and build the state of Pakistan from the scratch, the Indian leadership, led by Nehru and Patel, nurtured the ambition of re-absorbing Pakistan. They termed partition as a temporary phase and confident that Pakistan would soon be “brought back into the pack. Congress’ mindset can be gleaned from a letter written by Nehru to Brigadier Cariappa, a member of the Reconstitution Committee formed to oversee the division of armies:

To achieve their strategic goal of reversing the partition, the Congress leaders were vehemently opposed to the division of the British Indian Army into the Dominion Armies of India and Pakistan.

“Let things take shape for a while. But of one thing I am convinced, that ultimately there will be a united and strong India. We will have to go through the valley of shadows before we reach the sunlit mountain top” (Khanduri, 2007).

To achieve their strategic goal of reversing the partition, the Congress leaders were vehemently opposed to the division of the British Indian Army into the Dominion Armies of India and Pakistan. To support their argument, they maintained that an undivided army, at least for a transitional period, would be of great help in overseeing the “ peaceful and orderly transfer of population” when the partition of Punjab and Bengal and demarcation of the boundaries of the undivided provinces were announced. Mountbatten was also strongly in favor of keeping the Indian Army united, primarily because the Radcliffe Award was to be announced only after partition and he had planned to thoroughly engineer the delineation of the international boundaries in India’s favor. Mountbatten stressed his argument by stating that it would be a minimum of five years before the present Indian Army could be efficient and stand up on its feet without the help of the British officers. These ideas were rebuffed by Jinnah.

Chagrined at Jinnah’s opposition to maintaining a united army, and to appease the Congress leaders, Mountbatten prevailed upon Radcliff to draw the international boundary between India and Pakistan in perpetual disadvantage to the latter. As a result of this “masterpiece” of border delineation, the Muslim majority Gurdaspur was doled out to India with a view to providing it land access to Jammu & Kashmir state. A casual scrutiny of the Radcliffe Award reveals how, to please India, the international boundary was made to run in such a manner that the river head-works, important to the agricultural economy of Pakistan, were gifted out to India. This happened in East Pakistan also where the Radcliffe line ran right through the Muslim majority village of Berubari.

It was around 3 AM on 7th August when major Tufail, leading his men, crept within a few feet of the strongly fortified and heavily manned post of the Indians.

Not content with grabbing the Muslim majority areas all across the Radcliffe Line, the Indians kept on nibbling even at the enclaves and salients which were awarded to Pakistan. One such area was the village of Lakshmipur in District Sylhet of East Pakistan,  where, in 1958, the Indian Border Security Force captured around 20 square miles of Pakistani territory. When Government of Pakistan’s official protests fell on deaf Indian ears, General Muhammad Ayub Khan, the then C-in-C of Pakistan Army, ordered Major General Umrao Khan, GOC Dhaka, to vacate the Indian aggression. Consequent upon the orders, a company of East Pakistan Rifles under command of  Major Tufail Muhammad was sent to Lakshmipur.

Read more: Pakistan Army: The hope that got shattered

It was around 3 AM on 7th August when Major Tufail, leading his men, crept within a few feet of the strongly fortified and heavily manned post of the Indians. Sensing trouble, the Indians responded with heavy machine gun fire.  The very first volley of bullets hit its mark and Major Tufail was hit square in his stomach. He fell to the ground and was badly injured. His second in command Jamadar Azam Khan also got riddled by bullets and embraced martyrdom at the spot.

In spite of being critically wounded, Major Tufail hurled a grenade at the enemy post and killed the machine gunner. However, there was a second machine gun which kept engaging the attackers. Ordering his soldiers to pin down the enemy with fire, Tufail crawled forward towards the other machine gun. He received a hail of bullets but kept creeping near the gun post and hurled another grenade at it. Finally, Tufail managed to silence the second machine gun post as well. At that moment he ordered an all out attack. His soldiers charged the Indians with bayonets and after a few minutes of fierce hand to hand combat they over ran the Indian post and captured it.

The rest of the Indian soldiery ran away in fright, using the darkness of the night to its advantage. A huge cache of weapons was also captured by Pakistani soldiers.Those were the brave sons of Pakistan.The nation is beholden to them.

According to Khayyam, the mortally wounded and utterly exhausted Tufail, spotted an enemy figure running away from the post in the dark of the night. In an instant he took off his battle helmet and flung it at the fleeing enemy, hitting him squarely in the face.  Then in what could only be described as a superhuman last act of valor by a dying man, he felled the enemy by entangling his legs with his own. The enemy could not escape. A moment later, Pakistani soldiers captured the fleeing figure. He turned out to be an unexpected, but a most prized catch. He was the serving Inspector General of Indian Police of the State of Tripura. On the evening before the night raid, he had come to pay an official visit to the newly erected border post. To his utter misfortune, he chose to stay overnight at the spot. It was the first and the till date the only time, that such a high ranking Police officer was ever caught by the rival army.

Read more: The 4th generation war: Who is running away with the show?

The battle was over within ten minutes. Two machine gunners of the Indians were killed, five soldiers were wounded, while five others were captured unscathed. The rest of the Indian soldiery ran away in fright, using the darkness of the night to its advantage.  A huge cache of weapons was also captured by Pakistani soldiers. Those were the brave sons of Pakistan. The nation is beholden to them.

Cheers at Gymkhana remained a dream for Indian Generals