His followers are paying him tribute by reminiscing his captivating performances over the years. For them, Tariq Aziz was not a host but a legendary poet and actor as well. A man of its kind, nation remembers the departed soul in kind words. 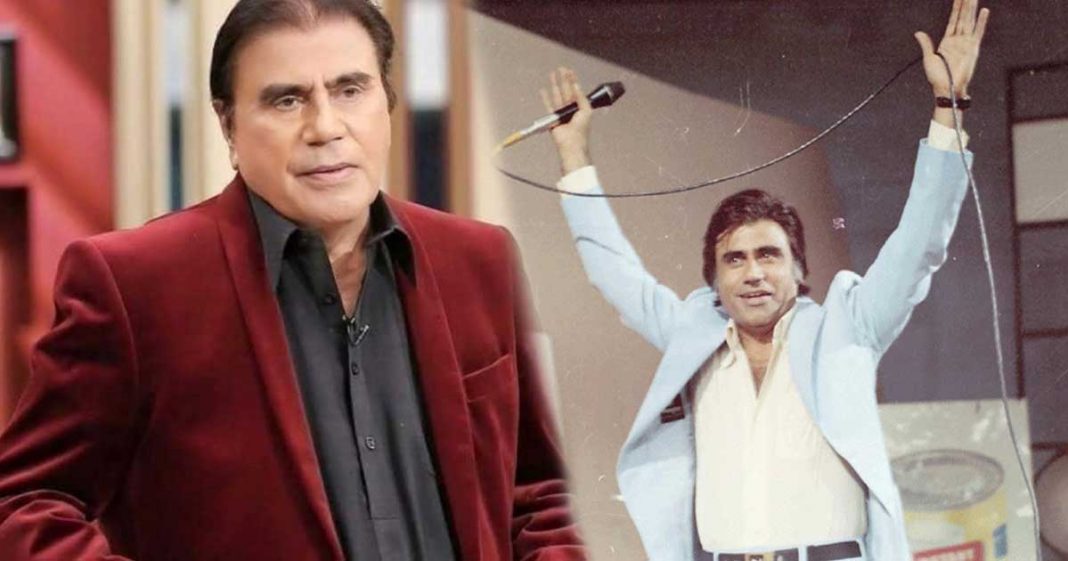 Legendary TV host Tariq Aziz died at the age of 84 in Lahore on Wednesday. The death of Tariq Aziz has shocked entire Pakistan. Aziz was admitted to the hospital last night after he was critically ill. The exact cause of his death is not known yet.

For the past few months, he was in self-isolation at home due to the pandemic coronavirus. Tariq Aziz in his last tweet yesterday posted his deep thoughts on the current situation of coronavirus. His verses read, “It seems as if time has paused and life has stopped. I’ve been lying in this bed for so many days and thinking what a blessing the freedom of movement itself was.”

The sudden death of Tariq Aziz

He expressed his sadness over the situation that unfolded after the outbreak of coronavirus. He said that while coronavirus has limited human interaction he sees no hopes for normalcy in the future.

Also, Tariq Aziz informed that his book Footpath se Parliament tak is almost ready to be published and distributed in his previous tweet.

Saddened to learn of the passing of Tariq Aziz, an icon in his time and a pioneer of our TV game shows. My condolences and prayers go to his family.

Old videos of Tariq Aziz performances in movies and famous game show Neelam Ghar resurfaced on social media. His followers are paying him tribute by reminiscing his captivating performances over the years. For them, Tariq Aziz was not a host but a legendary poet and actor as well. A man of its kind, nation remembers the departed soul in kind words.

Legend is, what legend does. He served us all. For so so long. Pakistan is indebted to you Tariq Aziz Sir. Truly, the end of an era.
May Allah bless you. My condolences to his family and all of Pakistan. 🙏🏼♥️🇵🇰#TariqAziz pic.twitter.com/kRflbgrfVu

Another legendary poet, Mustansir Hussain Tarar informed that Tariq Aziz was depressed due to the current situation of coronavirus. “I spoke to him over the phone a few days ago, I was worried for him as he had been ill for quite a long while,” said Mustansir Hussain Tarar, speaking to Geo News. “He sounded a bit depressed. I told him if it were not for the COVID-19 and other problems, I would have visited you,” he added.

“He had his style. Tariq Aziz was a very good human being. He was a great poet in Punjabi [language],” said Tarar.

Tariq Aziz was a Pakistani film actor, television show host, and politician. He garnered unprecedented fame from the PTV’s Quiz Show Neelam Ghar. The began marked its first broadcast in 1974.  He also hosted the same show with the name Bazm-e-Tariq Aziz later. He also had been a member of the National Assembly of Pakistan between 1997 and 1999.

Tariq Aziz was born in 1936. He belonged to Jalandhar, India. He began his career at Radio Pakistan, Lahore. Aziz became the first male PTV announcer when the television initiated its first broadcast in November 1964 from Lahore.

Tariq Aziz starred in his first movie Insaaniyat in 1967 alongside Zeba and Waheed Murad. Aziz appeared in another Pakistani film “Haar Gaya Insaan”. Moreover, he even appeared on several local television programs and morning shows. He has also organized telethons for charity purposes.

Tariq Aziz continued to appear in side-roles in several Pakistani films in the late 1960s and 1970s. One of his famous movies was Salgira (1969) that was a highly successful musical movie. The movie even won 2 Nigar Awards for that year.

He was one of the first TV anchors to gain commercial success by using the platform of the quiz show Neelam Ghar or Tariq Aziz Show. He interviewed many notable intellectuals, sportspersons, and celebrities on his shows.

A sneak into his political career

Tariq Aziz was active in student politics during his college days. He began his political career with Zulfiqar Ali Bhutto’s Pakistan Peoples Party in 1970. Tariq Aziz developed himself as a “firebrand socialist” in the early days. He used to charge up the crowds with revolutionary slogans at the rallies of Zulfikar Ali Bhutto. However, later he disassociated himself from politics and returned to the entertainment world. Then again in 1996, Tariq Aziz joined Pakistan Muslim League (N). He became a member of the Pakistan National Assembly from Lahore. Tariq Aziz was among the political activists booked for attacking the Supreme Court of Pakistan building in 1997.

During the reign of President Pervez Musharraf, he joined his political party Pakistan Muslim League-Q. But he could not achieve a notable post in the party. Hence, he returned to the entertainment industry. But he could not sustain his glory in the entertainment industry like before due to plenty of competition by many TV channels in Pakistan after 2002.

Besides being a philanthropist, book-lover he also did well in reciting poetry. Since he had no kids of his own he has donated his earning for the welfare of this country, quoted an English-language daily newspaper in 2018. Aziz won the hearts of many by announcing his will and he surely is a role model for all of us. President of Pakistan awarded him Pride of Performance in 1992 for his services to the nation.