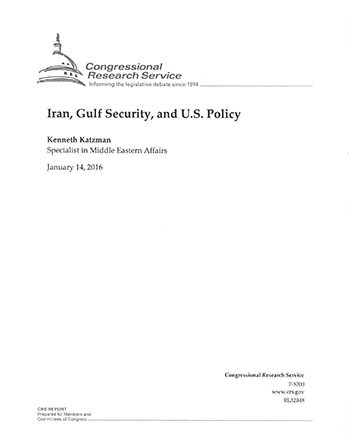 South Korea has made the formal request to the United States of America for “maximum flexibility” once the sanctions on Iran are re-imposed on Nov 5th. The South Korean Foreign Minister Kang Kyung-Wa established the contact with her U.S counterpart Mike Pompeo and asked for special wavier for South Korea once Iran is barred from selling oil.

Pompeo said that Seoul’s position regarding the matter will be the part of further discussions. South Korea is one of the largest buyers of Iranian oil but it has limited the purchase and infrastructure projects in Iran fearing the incoming sanctions which would result in serious loss of capital if the U.S provides no relief.

The sanctions are likely to the cut the supply market further short of the high demand of the commodity ultimately resulting in a further surge of the prices.

Both the countries, Iran and United States of America are in a row with each other after U.S. President Donald Trump decided to back out of Iran’s nuclear deal, once again leaving Iran vulnerable to severe economic sanctions. He believes that the JCPOA was too lenient on Iran and it provided the margin for Research and Development in the field of ballistic missiles, something which JCPOA has not been inclusive too.

Though rest of the signatories vowed to keep the deal alive as Iran was abiding by the terms of the agreement but the United States announced that any country or Multinational Corporation which will continue doing business with Iran will have to face the sanctions too.

To demonstrate how seriously the United States sees the matter, it even announced a deadline of November 4, 2018, for countries and MNCs to shift their business. It worked and companies started to pull out the investment.

In June, Daelim Industrial said a $1.9 billion won contract to build a refinery project in Iran was canceled due to financing problems. Hyundai Engineering and Construction also canceled a $512 million deal to build a petrochemical plant in Iran on similar grounds.

The Trump administration had made it clear that there will be no waiver for any country to continue the oil trade with Iran in a bid to choke the country’s economic lifeline. South Korea is not the only country which fears a serious the economic loss.

It would not be the first time for the United States under President Donald Trump to ignore the economic interest of the allies at the cost of U.S interests.

Other U.S allies such as Japan and India also fear how the events would unfold in the coming days. Unlike in the past, when despite the imposed sanctions, special waivers were granted to some countries to continue the trade, there has not been any sign of it this time around.

The recent hike in oil prices is one of the major reasons why the currencies around the world, especially the Indian Rupees lost value recently. The sanctions are likely to the cut the supply market further short of the high demand of the commodity ultimately resulting in a further surge of the prices.

Read more: ICJ’s ruling on US sanctions against Iran coming this week

To counterweight the net effect the U.S had previously requested Riyadh to chip in with an increased supply but Crown Prince Mohammed Bin Salman discarded the idea. Countries like India have been trying to persuade the current U.S administration to once again enact the special wavier, but no effort has been fruitful so far.

Even the request from the United States’ strategic partner South Korea was responded with the same diplomatic jargon without hinting any positive development. The Trump administration has remained steadfast in their effort to corner Iran which is going to push Saudi Arabia to increase its oil supply eventually as it was the end result which KSA has been long waiting for.

It would not be the first time for the United States under President Donald Trump to ignore the economic interest of the allies at the cost of U.S interests. But a series of such measures can prove to be counterproductive as other regional powers are continuously challenging the Unipolarity of the world order.

Ground realities for the common man – Dr Farid A Malik

US defence chief Mattis says Trump is ‘100 percent’ with him

‘Kulbhushan Jadhav is a RAW spy’, The Quint confirmed then took story off website