Respect the voter, not just the vote 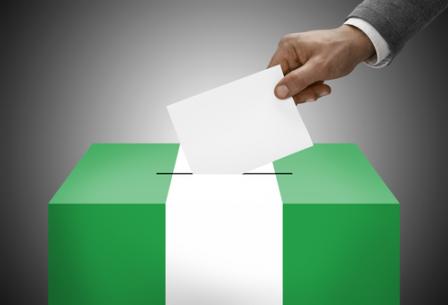 Is it possible for the vote to be respected if the voter is not? After manipulating numerous elections themselves, certain sinful Democrats are now realizing the importance of a credible ballot. As a nation, we have wasted four decades of our existence (1977-2017). The Musharraf and Zia era has proven to be disastrous, and it is now time to end the unending political circus. At the same time, the same defective process should be prevented from starting again, otherwise, we will only create new monsters.

That is all manipulated ballots produce… monsters, not democratic leaders. The current political leadership that we endure today are an outcome often manipulated ballots that occurred between 1977 and 2013 and the four martial laws this country has suffered. Political problems need to be handled politically. The 2014 Dharna could have been avoided easily. Imran Khan’s demand to have four constituencies opened was completely reasonable.

Following the 1977 election protests, Zulfikar Ali Bhutto (ZAB) dragged his feet for too long before agreeing to a re-election. Despite the massive popularity he enjoyed, he shied away from fresh electoral exercise for no reason. Two of his ministers resigned in protest of this decision (Abdul Hafiz Kardar, Aitzaz Ahsan). Only genuinely elected representatives have understood the importance of the sanctity of the ballot.

The first constituent assembly of the country was elected in the 1946 electoral exercise and the other in the 1970 free and fair elections. The members of these assemblies served the nation well. Both succeeded in formulating democratic constitutions (1956, 1973) and engaged in serious nation-building. Austerity was practiced, hence there was no external debt till 1958.

To ensure the vote is respected, the voters have to be in the driver’s seat. Not their so-called representatives who rule and exploit them in connivance with the state apparatus, which has disastrous consequences for the nation.

Representative democracy has not been delivered and is seriously threatened with extinction. Candidates use tricks to get elected. Once in corridors of power, they seldom recognize their responsibilities to the voter or care for the sanctity of the vote. In truth, the democratic order is under attack from within. The will and welfare of the masses has become irrelevant to politicians as their focus is on personal perks and privileges. Our representatives do not represent us anymore.

Once I stood outside the parliament in London and counted the members who arrived in chauffeur-driven cars, to my surprise there were none. Some even came in Taxis or on foot. I then repeated the same exercise outside the US Congress building in Washington DC. The results were the same. While I stood outside the assembly building in the land of the pure, almost everyone arrived on chauffeur-driven automobiles. They were mostly imported SUVs worth millions.

Read more: Why devolution has not taken place?

The mother of Khawaja Saad Rafique, the widow of Khawaja Muhammad Rafique (Shaheed) used to come to Punjab Assembly on a three-wheeler. The couple has left a legacy of honesty and integrity which did not pass on to their heirs. Both the boys are being investigated by NAB for corruption, while Saad was unseated by the Election Tribunal and his survival depends on a stay from the Supreme Court. The Khawaja from Sialkot is not far behind. My friend the Speaker who comes from a noble family of Lahore was also unseated. Instead of going home honorably and quietly, he decided to repeat the same exercise and got re-elected. He now conducts the proceeding of the house wearing the black speakers robe.

ZAB’s innings were interesting. He was bestowed with the title of ‘Quaid-e-Awam’ and then ‘Shaheed-e-Jamhuriat’ after his judicial murder. His entry and exit into politics were both tumultuous. In 1967 he launched his movement, which was the first real political party of the country not formed by the GHQ.  With the power of the vote behind him, he emerged as a major political force in West Pakistan in the 1970 elections.

The members of these assemblies served the nation well. Both succeeded in formulating democratic constitutions (1956, 1973) and engaged in serious nation-building. Austerity was practiced, hence there was no external debt till 1958.

It is indeed interesting that the allocation of party tickets in the 1970 electoral contest were decided in the veranda of Dr Mubashir Hasan’s residence on Main Boulevard in Gulberg, while in 1977 the committee met across the road in the Mian Salahuddin (Sally) mansion. A literal and proverbial road crossing had occurred during ZAB’s lifetime. When the crunch time came, there was no one there to fight for him. The voters were still with him — but they had none to lead, the party was in disarray and in very poor hands.

There is an interesting anecdote about the Sharifs of Lahore. General Hamid Gul at the time of their launch, advised them to tabulate and then freeze their assets after they entered politics. The Sharif’s Abba Ji — Muhammad Sharif, promptly replied, “then what is the need for us to enter politics?” It is indeed credible that they have lived by their word. There has been a manifold increase in the Sharif’s personal wealth.

Today their business empire is the richest and the largest in the country. Compared to BECO (Batala Engineering Company) their Ittefaq foundry (LEFO) was primitive at the time of the takeover. When Zia decided to denationalize, he handed back LEFO, carried back the liabilities and also approved a hefty loan package for the Sharif’s. On the other hand, CM Latif of BECO was willing to take back his company without liabilities but his request was denied.

It is widely believed that those who live by the gun die by it. The big question is, will those who have emerged on the basis of manipulated ballots leave through an honest electoral exercise, or will the system be rigged against them? In either scenario; democracy will be the biggest loser. Only a credible and indisputable ballot is the way forward, no democracy can survive without it. To ensure the vote is respected, the voters have to be in the driver’s seat. Not their so-called representatives who rule and exploit them in connivance with the state apparatus, which has disastrous consequences for the nation.