Restoration of peaceful life in Syria 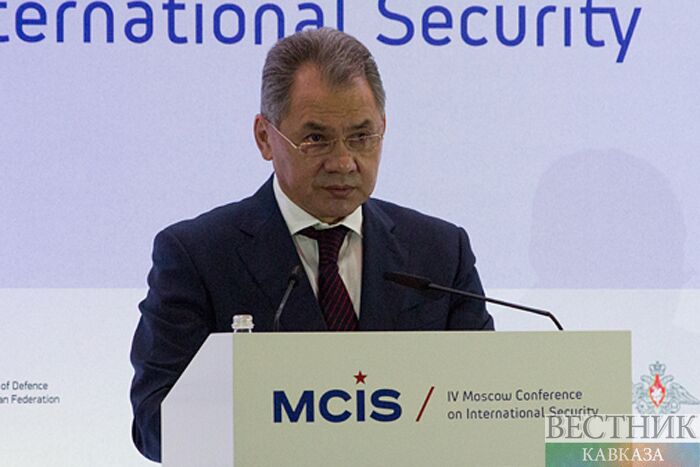 According to the statements of local authorities, Zabadani resort town in Damascus province, which is located 25 kilometers from the Syrian capital, is now fully liberated after the fierce clashes between Syrian Army and Hayat Tahrir al-Sham militants (ex. Al-Nusra front). Residents who left the city more than five years ago began to return homes and manage their further life.

It is worth noting that prior to the outbreak of hostilities Zabadani regarded as one of the flagship resort in Syria. The town was popular due to its favorable location near the Barada River (not far from the Syrian-Lebanese border) and attracted tourists with its extraordinary mountain scenery and picturesque landscapes.

In recent years the town was run by HTS militants, but after the defeat they were forced to retreat, leaving behind only ruins. Before the war, the population of the town was around 190,000 people. Currently, this figure is only 80,000.

Unfortunately, most of the houses in the town are partly destroyed because of militant’s actions, and now they will have to be demolished to build new buildings. Rehabilitation works is not yet in full swing, but the Syrian engineers have already conducted mine- sweeping in the area. This fact allowed builders to prepare the central part of the town for large-scale reconstruction works.

The restoration of the railway station and railway communication with Damascus is also planned in nearest future (the rail road that connects the capitals of Syria and Lebanon goes through Zabadani).

Read more: ISIS being pushed back in Syria: Is the end of the…

Local residents reported to Inside Syria military correspondence, that the electricity and water supply have already been restored as well as an access to drinking water. At the same time, a number of grocery stores and pharmacies were reopened.

The majority of Zabadani population is Orthodox Christians, so the local authorities decided to rebuild the main Orthodox Church, as it altar was partly destroyed as a result of a mortar attack. Despite the partial destruction of the Church, the priests are holding church services and parishioners bring saved icons.

Restoration of peace in Zabadani and in Damascus province as a whole has become possible due to the cessation of hostilities and establishment of de-escalation zones. Via such initiatives by the Syrian government and the guarantor states of Syrian ceasefire (Iran, Russia, and Turkey) more and more militants laying down weapons and joining nationwide reconciliation plan.

Read more: Extension of the amnesty law: Syrian hopes of a ‘new’ life…

For its part, civilians can safely return to their homes, knowing that they are no longer threatened. Reports concerning the liberation of the new settlements have started to emerge more frequently. This brings hope that the entire country will be soon completely liberated from terrorist organizations and illegal armed groups.

Despite the war in Syria isn’t yet over, the de-escalation zones have actually accelerated post-war reconstruction process. The government forces and the nation demonstrated to the whole world an incredible willpower in fighting terrorism and the persistence of character in confronting all kinds of external threats.

Sophie Mangal is a freelance writer and a member of the Inside Syria Media Center. After attending the University of North Carolina at Chapel Hill as a media and journalism major, Mangal monitored the refugee crisis in Europe, drawing parallels between the Syrian conflict and the Balkan problem, and has visited Syria on several occasions. The views expressed in this article are the author’s own and do not necessarily reflect Global Village Space’s editorial policy.