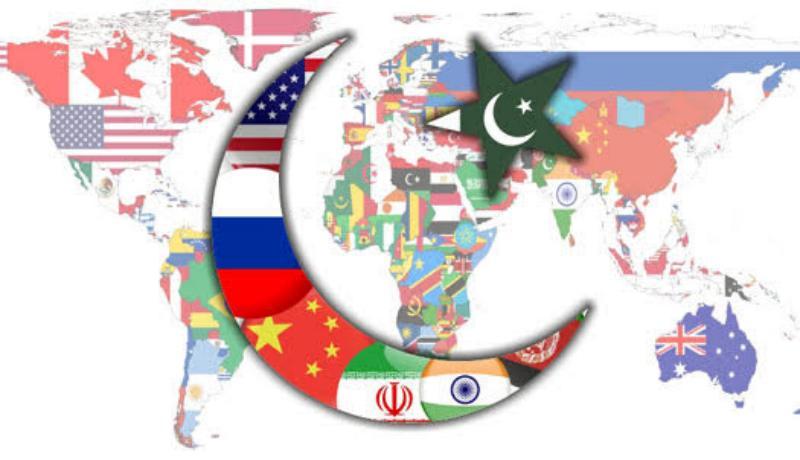 As we enter the era of the realignment of alliances and shift in global power paradigms, our foreign policy must be robust and proactive. On the contrary, Pakistan has faced major setbacks on the foreign policy front since the start of the Nawaz administration. The recent embarrassment to Pakistan at the so-called Islamic NATO Summit in Riyadh has badly exposed our foreign policy.

Our foreign policy has mostly been personal relations driven rather than being national interest oriented.

Firstly, Prime Minister Nawaz was not given a chance to speak his mind at the summit despite the fact that he had his speech prepared. Secondly, the country that lost more than 50,000 civilians, thousands of military personnel, and suffered more than 100 billion dollars in finances in the war against terrorism was not even mentioned in the speech of the US President Donald Trump. The list of disappointments include, inter alia, unnecessary entanglement in Jadhav case at ICJ, failure to gather international support on Kashmir, threat of Iranian army chief to carry out surgical strikes in Pakistan, skirmishes with Afghan forces on western border, Indian encroachment into GCC, nosedived US-Pakistan relations, debacle of SAARC summit in Islamabad, and Chinese pressure to curb extremism.

Foreign policy (FP) of a country is the road map which consists of strategies of safeguarding national interest in the milieu of international relations. In this era of interconnectedness and a closely-knitted web of nation-states, a country must have a vibrant foreign policy in order to survive the lashes of globalization on one hand and enjoy its perks on the other. Foreign relations of Pakistan have been in doldrums in this democratic term due to many reasons.

To start with, our foreign policy has mostly been personal relations driven rather than being national interest oriented. The leaked conversation of President Trump and PM Nawaz was a major breach of diplomatic code by our foreign office to strengthen the Nawaz government’s standing amidst corruption scandals. Moreover, our poor soft power projection has also led to the failure of our foreign policy.

India, on the other hand, through its soft power, has dominated the Western media and has made its say notable in the arena of world affairs despite the internal racial, religious, and ethnic dissonance.

A good foreign policy outlines national goals and reflects a clear vision of a nation; ours lacks so and merely reacts to global events and patterns.

Furthermore, the role of think tanks in the formulation of foreign policies is very significant. However, in Pakistan, there are a limited number of credible think tanks, mostly led by retired diplomats or generals, and that too are not taken on board in the process of foreign policy crystallization. Another important and pertinent reason behind the dilapidated FP is the junta dominated civil-military equation and limited civil autonomy on affairs pertaining to India, Afghanistan, and Iran.

Lastly, the reactive nature of our FP is another important reason behind its fizzling. Generally, a good foreign policy outlines national goals and reflects a clear vision of a nation; ours lacks so and merely reacts to global events and patterns.

Read more: 4 policies Pakistan must undertake to guarantee its entry into the ‘big boys’ club

Challenges to our foreign policy are ever growing and we aren’t doing much to tackle them. Meanwhile, our adversary has stepped up a drive to isolate us in the region and has, up to some extent, been successful in its prudent stratagem. Ruthless pragmatism is the need of the hour. Pakistan desperately needs a full-time foreign minister – a cunning and pragmatic politician.

Prime Minister must relinquish his fantasy of running the foreign office single-handedly. In addition, we need to project our soft power to the world in order to substantiate our say in the stratospheric realm of geopolitics. We have the areas of culture, sports, handicrafts, film industry, tourism etc. to better the presentation of our soft power.

It is pertinent to ask here, what should be the nature of our FP? The answer is simple: it must be proactive and must serve our national interests only. To imitate President Donald Trump, we must have a ‘Pakistan first’ foreign policy. We need to stop reacting to global patterns and events and set our national goals and priorities if we are to survive in the atmosphere of competing nation-states.

The platforms of OIC and the recent Islamic NATO offer a great opportunity for Pakistan to find a solution to the longstanding issue of Kashmir and contain Indian encroachment into GCC, but at the same time not being used against its neighboring Iran.

Furthermore, diplomats are the agents of foreign relations. Pakistan has produced many seasoned diplomats in the past but the current lot needs more capacity building to compete with the cunning and shrewd diplomats of the world.

All the more important: as the US and China compete for global supremacy, and China aims to expand economically and strategically through its One Belt One Road initiative, Pakistan must not take sides by abandoning its former ally – USA. Our strategic thinkers must realize that the US is still the boss of the world affairs and has over 9500 troops in our backyard.

Lastly, the platforms of OIC and the recent Islamic NATO offer a great opportunity for Pakistan to find a solution to the longstanding issue of Kashmir and contain Indian encroachment into GCC, but at the same time not being used against its neighboring Iran. Again, this will demand ruthlessly pragmatic approach and prudent leadership.

Ahsan Hamid Durrani is a political commentator and a member of the Board of Directors in a governmental body, TEVTA KPK. The views expressed in this article are the author’s own and do not necessarily reflect Global Village Space’s editorial policy.

Previous articleIncreasing foreign debts: When will Pakistan be truly ‘independent’?
Next articleUS-Saudi games in the Middle East: Will Qatar bow down to the GCC states?

21 September 2021
Previous articleIncreasing foreign debts: When will Pakistan be truly ‘independent’?
Next articleUS-Saudi games in the Middle East: Will Qatar bow down to the GCC states?

Ghani offers peace negotiations to Taliban without any conditions