Rise of Polio cases: PM Khan to lead an anti-polio campaign himself

PM Khan is serious to eradicate polio from Pakistan. He has committed to lead the campaign himself after coming to realize the rise of cases across the country due to personal parental reservations and threat to polio teams by the Talibans in tribal areas. 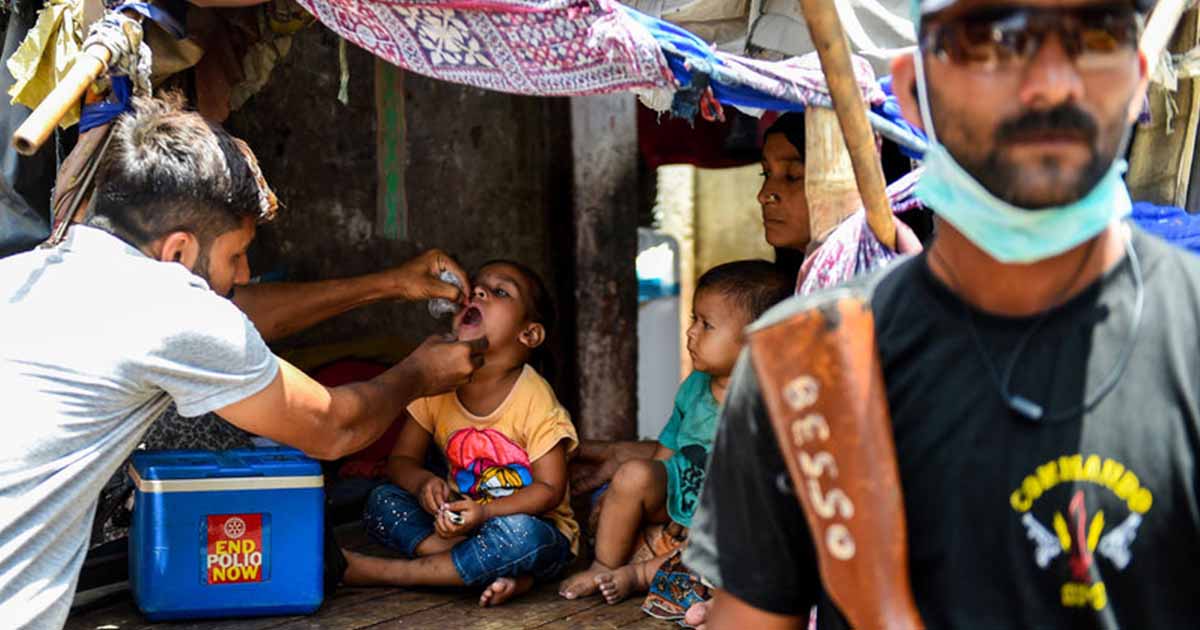 Prime Minister Imran Khan expresses his grave concerns over the rise in polio cases in the country. He was chairing a meeting when he directed the federal and provincial government officials to undertake effective awareness and immunization campaigns so that the disease can be kept in check. The premier also announced leading the polio program from November.

PM’s Focal Person on Polio Eradication briefed the meeting about the recent incidents, measures being taken and the future strategy for polio eradication. Prime Minister Khan said that polio eradication is the top-most priority of the government as it affects the future generation. He stressed upon the need for a robust ‘Ehsaas-Polio’ partnership for the implementation of the two vital programs.

The World Health Organisation (WHO), polio has been but wiped out across the world following a sustained vaccination campaign, with only 22 cases reported in 2017 against more than 350,000 in 1988.

The army representative assured full support to polio teams in their efforts to reach out to the children in far-flung areas of the country.

It is important to note here that in a worrying development, the authorities have confirmed five more polio cases in Khyber Pakhtunkhwa. A few months ago there was a rise of the cases in the province due to parents’ refusal to get their children vaccinated. Provincial government along with the center is working on the matter but there are slim chances of overpowering the situation any time soon due to prevailing socio-cultural opposition.

Recently, the Taliban have issued written warnings to polio workers to stop their duties otherwise they will be responsible for any damage that happens to them. It has been creating challenges for the provincial government to address the critical situation.

Representatives of international partners and donors also assured their continued cooperation to the government in the polio eradication mission.

Read more: Polio cases on the rise in KPK: What is the way forward?

Deputy Director of Polio Bill and Melinda Gates Foundation Dr. Tim Peterson presented a letter of appreciation from Bill Gates to Prime Minister Khan for efforts being made to eliminate the crippling disease.

With the latest addition, the number of polio cases climbed to 53 this year, far more than last year’s figure of 12. In sharp contrast, only eight cases were confirmed in 2017. The five new victims, including two girls, belonged to Bannu, North Waziristan and Charsadda, with the youngest of them only 22 months old.

An official of Polio Virology Laboratory at the National Institute of Health (NIH), requesting anonymity, said three cases were reported from Bannu and one each from North Waziristan and Charsadda. “During investigations, it emerged that not a single child was vaccinated during polio and routine immunization campaigns, as their parents apparently did not allow the children to be vaccinated,” he said.

Polio Wiped out Across the World

According to the World Health Organisation (WHO), polio has been but wiped out across the world following a sustained vaccination campaign, with only 22 cases reported in 2017 against more than 350,000 in 1988. There is no known cure but the disease can be prevented if children are given multiple treatments with the polio vaccine, the WHO states.

While it has virtually been eliminated, polio remains a threat to global health because as long as a single child remains infected, the virus can easily be spread into polio-free countries and unimmunized populations, according to the health body.

“10 Million Bangladeshi Muslims will be chased out of the country,” BJP Leader