Rise of the Quad: India, US, Japan and Australia hold meetings and war exercises 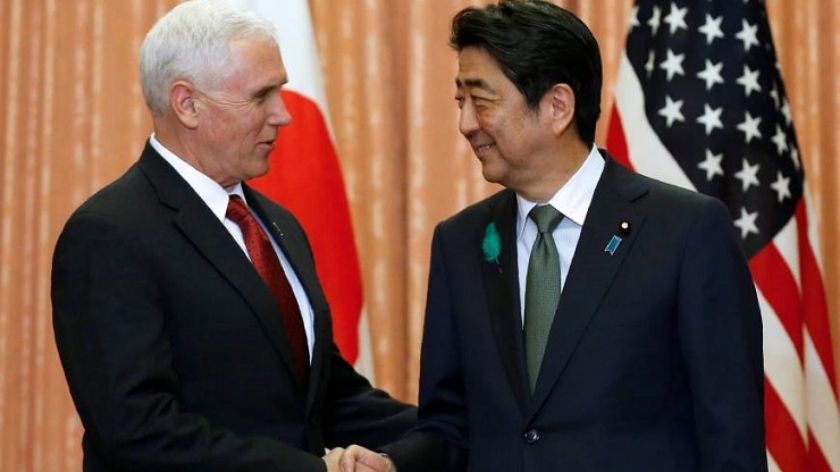 On Thursday, foreign ministry officials from India, Australia, Japan and the U.S. met in Singapore and reaffirmed their support for a free, open, prosperous and inclusive Indo-Pacific region. This is the second meeting of the group, known as the ‘quad,’ since November 2017. The countries started giving shape to their security cooperation under the proposed quadrilateral coalition when they held their first official-level talks on 12 November, 2017.

The statements given by the U.S., Australia and Japan statements all stated that the four countries will hold consultations on a regular basis, suggesting that the frequency of the quadrilateral discussions will increase. The Indian Ministry of External Affairs said, in a statement, that the Indian side highlighted India’s vision for the Indo-Pacific region as outlined in Prime Minister Narendra Modi’s keynote address at Shangri-La Dialogue. Modi, in his address, had called the Indo-Pacific a “natural region”.

Malabar will be done in two phases: ashore and at-sea training. The harbor phase will occur at the Naval Base Guam from June 7 to 10 and the sea phase, from June 11 to 16, in the Philippine Sea.

“The region is also home to a vast array of global opportunities and challenges. I am increasingly convinced with each passing day that the destinies of those of us who live in the region are linked. Today, we are being called to rise above divisions and competition to work together,” he added.

“The ten countries of South East Asia connect the two great oceans in both the geographical and civilizational sense. Inclusiveness, openness and ASEAN centrality and unity, therefore, lie at the heart of the new Indo-Pacific,” the prime minister had said.

Sources told Indian media that while Modi did not mention the ‘quadrilaterals’ in his speech at the Shangri-La dialogue, India’s participation in Thursday’s meeting gives a strong signal about its willingness to be a part of the grouping, aimed at countering Chinese assertiveness in the Indo-Pacific region.

The quad’s views also reflect New Delhi’s stand that the 10-nation ASEAN regional bloc is central to peace and prosperity of the Indo-Pacific region. The idea is for the four countries to promote free trade and defense cooperation across a stretch of ocean from the South China Sea, the Indian Ocean and all the way to Africa. The emerging quadrilateral is seen to counter China’s increasing influence under its Belt and Road Initiative.

Meanwhile, naval ships, aircraft and personnel from India, Japan and the U.S. have begun to exercise Malabar 2018, during which they will go on to practice surface and anti-submarine warfare operations and combined carrier strike group operations off the Coast of Guam Island in the western Pacific.

The June 7-16 war game — first after the U.S. renamed its Hawaii-based Pacific command as the Indo-Pacific Command — is being held amid increased Chinese activities of building artificial islands in the South China Sea and sending submarines into the Indian Ocean.

The statements given by the U.S., Australia and Japan statements all stated that the four countries will hold consultations on a regular basis, suggesting that the frequency of the quadrilateral discussions will increase.

“The Malabar 2018 exercise represents the U.S. commitment to working with regional powers in the Indian and Pacific Oceans,” US Secretary of Defense James Mattis said when he announced the new name and welcomed Admiral Phil Davidson in his new role, taking the charge of the combat command.

Malabar will be done in two phases: ashore and at-sea training. The harbor phase will occur at the Naval Base Guam from June 7 to 10 and the sea phase, from June 11 to 16, in the Philippine Sea. Guam Island was a theatre for World War II when U.S. forces stormed in to take it from the Japanese.

Read more: China stands to gain in Iran after US quits nuclear deal

The Malabar exercise began in 1992 as a joint Indo-US naval drill. But it was suspended from 1998 to 2002 after India conducted nuclear weapons tests in 1998. This year marks the 22nd edition of the exercise which has now become an annual feature in the deep military ties between the U.S. and India.