Rise of Trumpism and geoeconomic pivot to China

Donald Trump withdrawing the United States from multilateral treaties, restructuring trade agreements and initiating a trade war against China are meant to redress, at least cosmetically, the legitimate grievances of the American working classes against the wealth disparity created by laissez-faire capitalism and market fundamentalism. 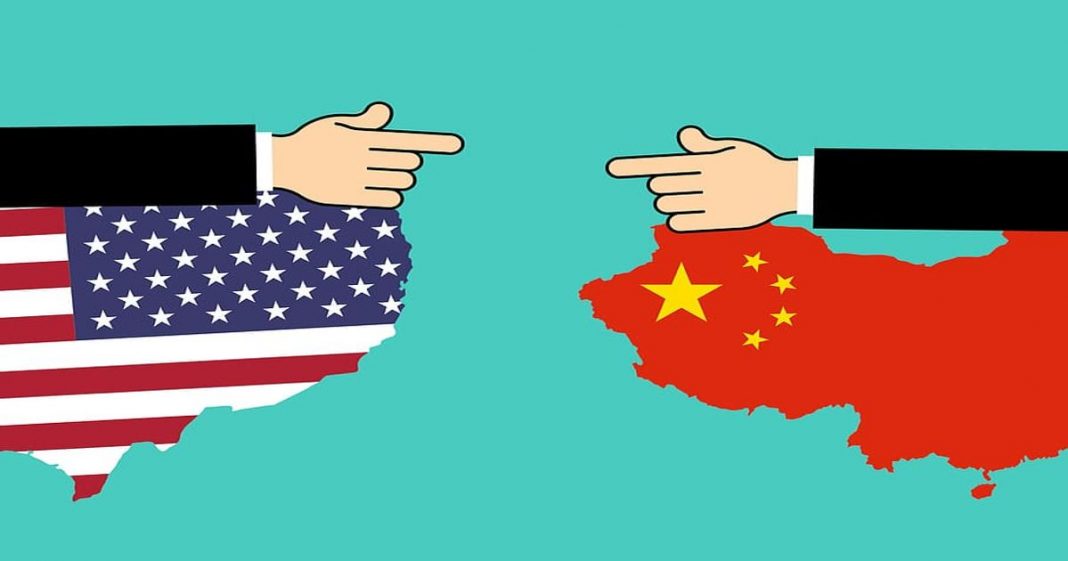 Though lacking intellect and often ridiculed for frequent spelling errors on Twitter timeline, such as “unpresidented” and “covfefe,” implying he gets his news feed from television talk shows and rarely reads book and articles, Donald Trump is street smart and his anti-globalization agenda and down-to-earth attitude appeals to the American working classes. china

In order to understand the real and perceived grievances of Donald Trump’s alt-right electoral base, we need to understand the prevailing global economic order and its prognosis. What the pragmatic economists predicted about free market capitalism has turned out to be true, whether the leftists like it or not.

The rise of BRICS countries in the 21st century is the proof of this tendency. BRICS are growing economically because the labor in developing economies is cheap; labor laws and rights are virtually nonexistent; expenses on creating a safe and healthy work environment are minimal; regulatory framework is lax; expenses on environmental protection are negligible; taxes are low; and, in the nutshell, windfalls for multinational corporations are massive.

Thus, BRICS are threatening the global economic monopoly of the Western capitalist bloc: North America and Western Europe. Here we need to understand the difference between manufacturing sector and services sector. Manufacturing sector is the backbone of economy; one cannot create a manufacturing base overnight.

It is based on hard assets: the national economies need raw materials; production equipment; transport and power infrastructure; and, last but not the least, a technically educated labor force. It takes decades to build and sustain a manufacturing base. But the services sector, like the Western financial institutions, can be built and dismantled in a relatively short period of time.

Read More: Is Trump the frenemy of the Islamic world?

If we take a cursory look at the economy of the Western capitalist bloc, it has still retained some of its high-tech manufacturing base, but it is losing fast to the cheaper and equally robust manufacturing base of the developing BRICS nations. Everything is made in China these days, except for high-tech microprocessors, software, several internet giants, some pharmaceutical products, the Big Oil and the military hardware and defense production industry.

Western economy is mostly based on its financial services sector china

Apart from that, the entire economy of the Western capitalist bloc is based on financial institutions: the behemoth investment banks that dominate and control the global economy, like JP Morgan Chase, Citigroup, Bank of America, Wells Fargo and Goldman Sachs in the US; BNP Paribas and Axa Group in France; Deutsche Bank and Allianz Group in Germany; and Barclays and HSBC in the UK.

After establishing the fact that the Western economy is mostly based on its financial services sector, we need to understand its implications. Like I have contended earlier that it takes time to build a manufacturing base, but it is relatively easy to build and dismantle an economy based on financial services.

Moreover, the manufacturing sector is labor-intensive whereas the financial services sector is capital-intensive, therefore the latter does not create as much job opportunities to keep the workforce of a nation gainfully employed and sufficiently remunerated as the industrial sector does.

Although the bankers and corporate executives of the Western economies are the beneficiaries of such exploitative practices, the middle and working classes are suffering. Besides the Trump supporters in the United States, the far-right populist leaders in Europe are also exploiting popular resentment against free trade and globalization.

The Brexiteers in the United Kingdom, the Yellow Vest protesters in France and the far-right movements in Germany and across Europe are a manifestation of a paradigm shift in the global economic order in which nationalist, isolationist and protectionist slogans have replaced the free trade and globalization mantra of the nineties.

Donald Trump withdrawing the United States from multilateral treaties, restructuring trade agreements and initiating a trade war against China are meant to redress, at least cosmetically, the legitimate grievances of the American working classes against the wealth disparity created by laissez-faire capitalism and market fundamentalism.

Neocolonial powers have exploited the resources of the post-colonial world

From the end of the Second World War to the beginning of the 21st century, the neocolonial powers brazenly exploited the resources and labor of the post-colonial world. But after China’s accession to the World Trade Organization in 2001, a paradigm shift occurred in the global economic order.

Behind the “Iron Curtain” of international isolation, China successfully built its manufacturing base by imparting vocational training and technical education to its disciplined workforce, and by building an industrial and transport infrastructure.

It didn’t allow any imports until 2001, but after joining the WTO, it opened up its import-export policy on a reciprocal basis, and since the labor is much cheaper in China than in the Western countries, therefore it now has a comparative advantage over the Western capitalist bloc which China has exploited in its national interest.

These prudent trade and economic policies, along with visionary leadership of Mao Zedong, Zhou Enlai and China’s vanguard socialist party, collectively, have placed China on the path to progress and prosperity in the 21st century.

Regarding the issue of immigration to the developed world, there are two contrasting styles of debating a subject: those who prefer normative arguments, and those who choose descriptive line of reasoning. Most intellectuals nowadays adopt the former approach, but the truth unfortunately is generally bitter.

Immigrants need to be more understanding

Let me admit that I do understand race relations is a sensitive subject in the modern world, particularly when millions of skilled and unskilled immigrants from the impoverished developing world have migrated to the economically prosperous developed countries to find a better future for themselves and their families.

However, instead of bending over backwards and demanding from the natives of their host countries to be more accommodating and totally non-communal, the immigrants need to understand that migration is not the natural order of societies.

In order to elaborate this paradox by way of an analogy, when we uproot a flowering plant from a garden and try to make it grow in a different environment, sometimes the plant flourishes in the new environment, but at other times it doesn’t, depending on the adaptability of the plant and the compatibility of the environment.

If we want to change the whole environment to suit the needs of that particular uprooted plant, such an unrealistic approach may not be conducive to native flora and fauna of those habitats.

The prudent way to tackle the immigration problem is to discourage it by reducing the incentive for prospective immigrants to permanently abandon their homes, families and communities to find a better job in a foreign country and a radically different culture, where they might be materially better off but could find themselves socially isolated and emotionally desolate.

In order to minimize the incentive for immigration, we need to revamp the global economic order. Once the relative imbalance of wealth distribution between the developed and the developing world is narrowed down, then there will be no need for the people of one region and culture to relocate to another, except on a temporary basis for education, traveling and cultural exchange.

Humanism only implies that we should be just and fair in our approach. The human mindsets, attitudes and behaviors are structured and conditioned by their respective cultures and environments. A person born and bred in Pakistan or India generally has more in common with the people of the subcontinent.

For instance, when the first generation Indo-Pakistani immigrants relocate to foreign countries, they find it hard to adjust in a radically different culture initially. It would be unwise to generalize, however, because it depends upon the disposition and inclination of immigrants, their level of education and the value system which they have internalized during their formative years.

There are many sub-cultures within cultures and numerous family cultures within those sub-cultures. Educated Indo-Pakistani liberals generally integrate well into the Western societies, but many conservative Pakistani and Indian immigrants, particularly from backward rural areas, find it hard to adjust in a radically different Western culture. On the other hand, such immigrants from underprivileged backgrounds find the conservative societies of the Gulf countries more conducive to their social integration and individual well-being.

In any case, the second generation immigrants, who are born and bred in the Western culture, seamlessly blend into their host environments, and they are likely to have more in common with the people and cultures where they have been brought up. Thus, a first generation Pakistani-American is predominantly a Pakistani, while a second generation Pakistani-American is predominantly an American, albeit with an exotic-sounding name and a naturally tanned complexion.

Nauman Sadiq is an Islamabad-based attorney, columnist and geopolitical analyst focused on the politics of Af-Pak and Middle East regions, neocolonialism and petro-imperialism.

Can a Pakistani save Trump?

Two US soldiers killed in Afghanistan as peace talks resume