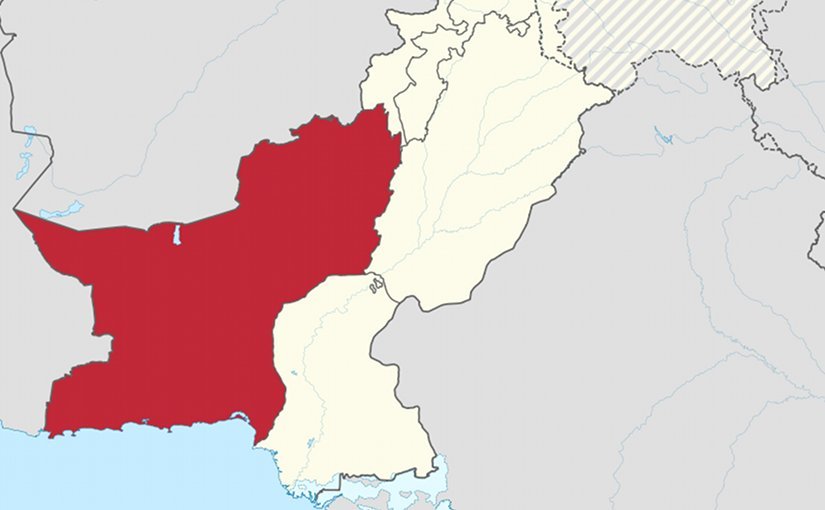 An Iranian warning that it may attack militant bases in the troubled province of Balochistan threatens to bring Pakistan’s house of cards crashing down.

Pakistan’s tenuous house is built on a torturous effort to balance relations with Saudi Arabia and Iran amid rising tension between the two regional rivals, prevent Pakistan from becoming an operational base for possible Saudi and US efforts to destabilize the Islamic republic and employ militant groups as proxies in achieving its geopolitical objectives.

The Iranian warning was the latest indication that Pakistani policies may be unsustainable. It targeted Pakistan’s long-standing policy of turning a blind eye to the operations of Saudi-backed militants, including Sipah-e-Sahaba, a virulently anti-Shiite and anti-Iranian group that since being banned has rebranded itself as Ahle Sunnat Wal Jamaat, as well as its various offshoots that target Iran.

The attack further exacerbated Iranian-Pakistani relations that have become increasingly strained after Pakistan allowed recently retired chief of staff of its military, General Raheel Sharif, to become commander of a Saudi-led, 41-nation military alliance that Iran sees as a Sunni Muslim force established to confront the Islamic republic.

General Shareef had barely taken command when Iran also issued a stark warning to Saudi Arabia. Iran was responding to a statement by the kingdom’s powerful deputy crown prince, Mohammed bin Salman, that Saudis would not sit and wait for war but would “work so that it becomes a battle for them in Iran and not in Saudi Arabia.”

Speaking to Lebanese Shiite Hezbollah’s Al-Manar TV, Iranian Defense Minister General Hossein Dehghan said that if Saudi Arabia engaged in “such a stupidity” nothing would be “left in Saudi Arabia except Mecca and Medina,” Islam’s two holiest cities.

Circumstantial evidence suggests that Saudi Arabia and the United States may seek to pressure Iran by supporting potential unrest among Iranian ethnic minorities, including Balochis who straddle both sides of the Iranian-Pakistan border.

The war of words between Saudi Arabia and Iran would be enough to make it all but impossible for Pakistan to remain neutral. It would also be sufficient to make it impossible for General Sharif to walk a tightrope between the two regional powers.

The problem for Pakistan and General Sharif is that the escalating conflict between Saudi Arabia and Iran is unlikely to stop there.

Circumstantial evidence suggests that Saudi Arabia and the United States may seek to pressure Iran by supporting potential unrest among Iranian ethnic minorities, including Balochis who straddle both sides of the Iranian-Pakistan border.

Militants in Pakistan and sources close to them assert that Saudi funds are pouring into religious seminaries in Balochistan that are operated by Sipah and its affiliates.

Saudi Arabia’s Okaz newspaper reported moreover that US President Donald J. Trump would focus in talks with the kingdom’s leaders as well as those of the five other members of the Gulf Cooperation Council (GCC) – the United Arab Emirates, Qatar, Kuwait, Bahrain, and Oman – on further isolating Iran.

Iranian attacks on militant targets in Balochistan would leave Pakistan with one of two choices: crack down on anti-Iranian militants operating from its territory, a move it has long resisted and that would put it at odds with Saudi Arabia, or get dragged into a tit-for-tat with Iran that would push it even closer to the kingdom.

A stepped-up US-Saudi campaign against Iran raises the stakes for Pakistan far beyond its balancing act in the Gulf. Balochistan is the lynchpin of China’s $56 billion One Belt, One Road investment in Pakistani infrastructure and energy. Chinese projects in the province, including the crucial deep-sea port of Gwadar, are already troubled as a result of low-level ethnic violence.

A Saudi-Iranian proxy war fought among others in Balochistan would not only drag Pakistan into the conflict but would also put it add odds with China, which privately has expressed concern about Pakistani support of militant groups.

To be fair, China has not been consistent in its criticism. Earlier this year, China, at the behest of Pakistan, prevented the United Nations from listing Masood Azhar, a prominent Pakistani militant who is believed to have close ties to Pakistani intelligence and the military, as a globally designated terrorist.

Role of the US

Pakistan could see a silver lining in playing along with a potential US-Saudi playbook that seeks to capitalize on possible ethnic unrest in Iran. Cooperation with the United States could possibly ensure that US policy in South Asia does not exclusively focus on India.

US backing of activist ethnic minority groups in Iran would likely prove to be a double-edged sword for Pakistan. On the one hand, it could help legitimize Pakistani support for militants in Washington’s books. On the other hand, that would risk putting Pakistan at odds with China that like Pakistan is trying to walk a thin line between Saudi Arabia and Iran, but would see its interests in Balochistan threatened.

Pakistan may have tightened its noose a notch with Prime Minister Nawaz Sharif’s acceptance of a Saudi invitation to attend the summit in Riyadh with Mr. Trump.

The question for Pakistan is: how long can it play both ends against the middle? The risk is that Pakistan will find it increasingly difficult to claim neutrality in the dispute between Saudi Arabia and Iran given the position of General Sharif and the recent dispatch of Pakistani troops to the kingdom. Pakistan’s fate would be sealed if Balochistan becomes one of the dispute’s battlegrounds.

Pakistan could see a silver lining in playing along with a potential US-Saudi playbook that seeks to capitalize on possible ethnic unrest in Iran. Cooperation with the United States could possibly ensure that US policy in South Asia does not exclusively focus on India. That, however, would likely expose it to severe pressure from China, which Pakistan sees as the salvation for its multiple geopolitical, domestic and economic problems.

At the bottom line, the odds are that Pakistan rather than balancing on a tightrope may see its house of cards collapsing.