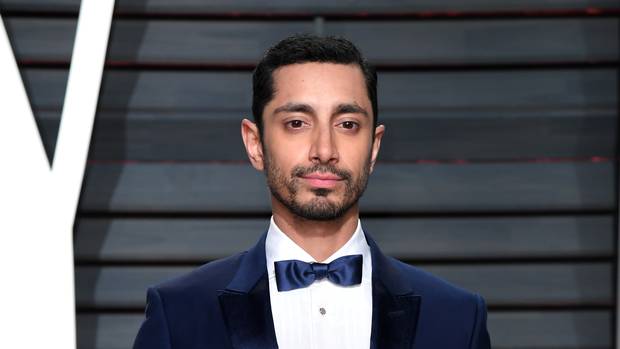 Riz Ahmed is looking to continue his Hollywood domination with his upcoming BBC series Englistan. The 35 year old British Pakistani actor has made a name for himself with his series of hit movies, rap songs and TV shows.

After his breakthrough performance in Nightcrawler, Ahmed starred in a number of successful films such as Jason Bourne and Rogue One. He earned a Primetime Emmy and a Golden Globe for his HBO miniseries, The Night Of and is set to appear in highly anticipated movies like The Sister Brothers and the Marvel Comics based Venom.

Ahmed is notably the first Asian and Muslim to win an Emmy in the ‘Outstanding Lead Actor In a Miniseries’ category and has been labeled as one of Time’s ‘Most Influential people in the World.’

An original produced by BBC Studios Drama London in corporation with Left Handed Films, Englistan will retrace British history, shedding light on how the current society came to be. Not only will the series introduce the characters and their lives through political movements and the economic boom and bust, but it was also portray how the family coped with gang-land rivalries and their inner spiritual and religious conflicts.

The characters will be shown to question the idea of being ‘true to oneself’ and what ‘home’ really means – is it your family, a country or something more personal? It will show us how, in terms of family, love not only sustains but also restricts us.

Patrick Holland, responsible for the strategy of BBC Two, stated: “Riz Ahmed is a phenomenal talent and Englistan promises to be a hugely ambitious, layered and resonant drama about family and identity. New writing, massive canvas, the biggest issues; it is a perfect drama for BBC Two.”

Englistan, his first self-penned project will see the light of the day sometime around 2019 and it centers on three generations of a British-Pakistani family, the Latifs. Englistan is set to explore cultural identity, race, religion and will follow the Latif family as they navigate through the ever changing political climate of Britain. The series will shed light on the challenges faced by Jamal and Fatima Latif, their children Ashraf, Razia and Asim and their three grandchildren.

Speaking about the project Ahmed stated “I’m excited to be working with Esther Springer and all the team at BBC Studios. Englistan is an untold British story with universal themes and resonance. It’s the story I always wanted to tell, and it’s a privilege to have the opportunity to do so.”

No further details have been released about the project but it’s quite likely that Riz Ahmed himself will be directing the series for BBC Two. Interestingly, Englistan is also the name of Ahmed’s 2016 nine-track mix-tape.

Akhtar Aslam - 18 September 2021
Akhtar Aslam discusses how the Indian illegally occupied Jammu and Kashmir (IIOJK) has become one of the most militarized zones in the world, where the Indian occupying forces have been committing massive human rights violations, which is a question mark on the credibility of the UN.

BBC under fire for ‘promoting’ PDM agenda after Peshawar rally

BBC Persian under fire for alleged homophobia in blog post

Is the European project sinking with the rise of Nationalism?