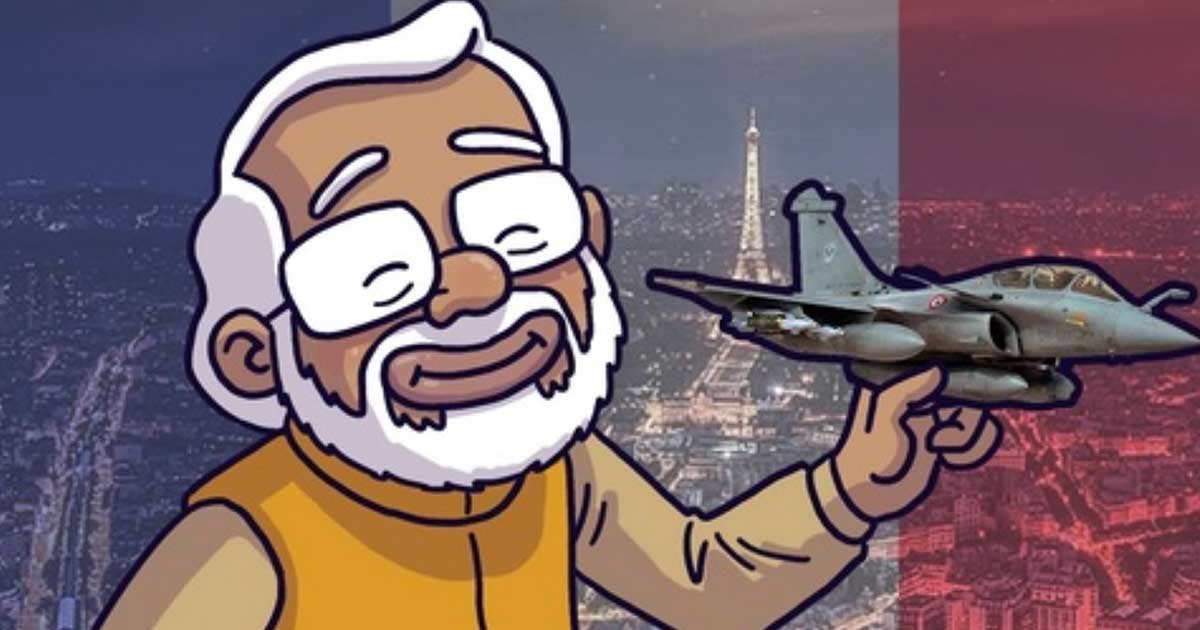 Documents and money have been stolen from an office used by Indian military personnel near Paris, a French prosecutor said Wednesday, with the break-in, thought to be linked to India’s purchase of French Rafale fighter jets.

The robbery took place overnight Saturday-Sunday in Saint-Cloud, a suburb west of Paris, near the offices of France’s Dassault Aviation, which is building 36 fighter jets for the Indian military under a highly controversial contract.

An investigation has been opened, a source in the local prosecutor’s office told AFP on condition of anonymity, confirming that “documents and money” had been taken from a safe.

Modi denies the allegations of misconduct. The Hindu nationalist leader looks on course to secure a second term in office after elections.

A separate police source told AFP that the site was “classed as sensitive” and security services were alerted early Monday by an employee of Dassault Aviation.

Sources from within the Indian Air Force revealed to ANI, “There was a break-in into the Indian Air Force Rafale project management team office which is located in a suburb of Paris in France. No hard disk or document has been stolen. More details are being ascertained about the motive.”

Read more: Bad days for Modi: Rafale scandal sets to sink him after…

Military personnel in the project office are responsible for overseeing the production schedule for the jets as well as training for maintenance and flight operations, the newspaper said

The Hindustan Times newspaper suggested the break-in could have been a spying attempt on an $9.4 billion arms purchase that has dogged Indian Prime Minister Narendra Modi since it was signed in 2016. HT reports that sources within Indian Air Force stress that any data related to the weapons deal or the avionics of Rafale jets, if stolen, is likely to have “serious implications”.

The opposition Congress party has accused Modi of corruption and favouritism in handing the deal to Dassault and stipulating that the French group had to work with a conglomerate owned by the Indian tycoon Anil Ambani.

Dassault initially won a contract negotiated under a Congress government in 2012 to supply 126 jets to India, with 18 built in France and the rest in India by state-owned Hindustan Aeronautics Limited (HAL).

Modi denies the allegations of misconduct. The Hindu nationalist leader looks on course to secure a second term in office after elections. Neither Dassault Aviation nor the Indian embassy in Paris was available to comment on the break-in when contacted by AFP.