Rock-solid Brazil living up to billing as World Cup favourites 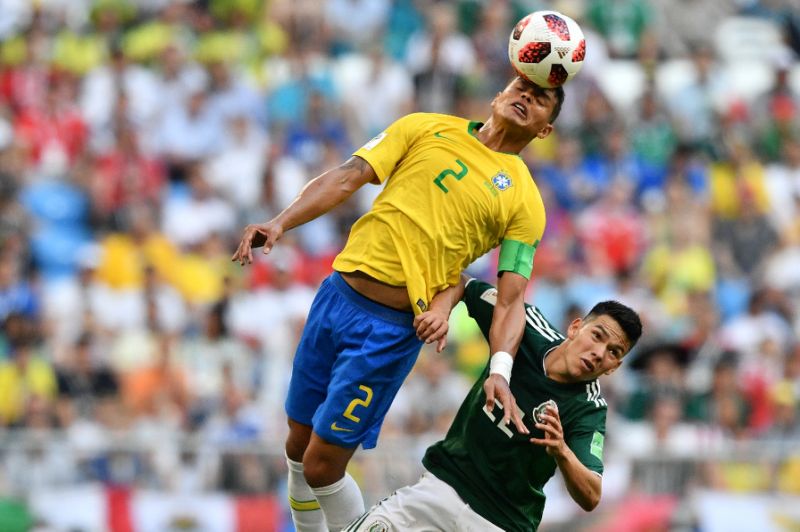 While some of their biggest rivals have already fallen by the wayside in Russia, Brazil have been making serene progress towards the latter stages of the World Cup.

For now they are living up to their billing, although it remains to be seen how they will cope in the absence of Casemiro, the Real Madrid powerhouse who screens the defence from deep in midfield.

After watching holders Germany, Spain and Argentina all exit the competition in the last week in various states of disarray, the Selecao eased into the quarter-finals with a 2-0 victory against Mexico on Monday.

As they aim to lift the World Cup for a record sixth time in Moscow on July 15, their next opponents are Belgium in Kazan on Friday, in what will be something of a clash of styles — the best defence up against the best attack.

This Brazil team is not just about Neymar, even if his theatrics and intermittent magic, like his opener against Mexico, are what immediately catch the eye and dominate the headlines.

Look a little more closely and it becomes clear what is really making them tick — coach Tite has instilled an admirable collective discipline and his team are built on solid foundations.

They have conceded just one goal so far at this World Cup, and Steven Zuber’s effort for Switzerland in a 1-1 draw in Rostov-on-Don could have been disallowed for a foul on Joao Miranda.

Since then, goalkeeper Alisson Becker has kept three straight clean sheets, with Brazil winning 2-0 against Costa Rica, Serbia and Mexico. They have conceded just four shots on target in four matches.

It is the kind of record that the Italians, the old defensive masters who are conspicuous by their absence in Russia, would have been proud of. Brazil are looking to Italy for inspiration.

“Juventus have been champions for the last seven years, and only once without having the best defence,” said Tite’s assistant Sylvinho, the former Arsenal and Barcelona left-back, after the Mexico game.

This Brazil team is not just about Neymar, even if his theatrics and intermittent magic, like his opener against Mexico, are what immediately catch the eye and dominate the headlines.

“In such a short tournament, we want balance to be what characterises us, and that does not make us a defensive team.”

History shows that the team with the best defence tends to win the trophy. And while Brazil have always possessed brilliant individuals, they have also long since been pragmatists above all else.

There will be moments of magic from Neymar, who is gradually coming to the boil following foot surgery in March — as long as they go with defensive discipline.

On Monday in Samara, Tite switched to a 4-4-2 formation after Mexico caused Brazil early problems, and they had a foundation to go on and win the game in the second half.

Fagner might be a weak link at right-back, but there is strength in depth throughout the squad — Casemiro, Paulinho and Philippe Coutinho provide different qualities in midfield, while Willian came up with his best performance of the tournament against Mexico.

Gabriel Jesus has yet to find the net, but Roberto Firmino came off the bench to score on Monday and is pushing for a start. Brazil defend from the front, with captain Thiago Silva admitting the aim is to concede no more goals.

“That is our objective,” he said. “But always emphasising that the defensive part begins with the attackers. When the ball does come into our area, it is much easier to cut it out. Our attackers play a big part in that.”

Chink in the armour?

And so to Friday when Brazil, who have the joint-best defence at the tournament along with Uruguay, face a Belgium outfit who have been the most prolific with 12 goals scored.

For now they are living up to their billing, although it remains to be seen how they will cope in the absence of Casemiro, the Real Madrid powerhouse who screens the defence from deep in midfield.

He is suspended, meaning Fernandinho is likely to come in.

The 33-year-old does not offer the same degree of protection, although his inside knowledge of Manchester City club colleague Kevin De Bruyne could be invaluable as Brazil look to keep their challenge for a sixth title going.

Previous articleDior- luxury brand above the need for “instagram bling”
Next articleIs Nawaz ready to concede in the game of thrones?

16 September 2021
Previous articleDior- luxury brand above the need for “instagram bling”
Next articleIs Nawaz ready to concede in the game of thrones?

Pakistan to award ‘courage’ of citizen killed in Christchurch