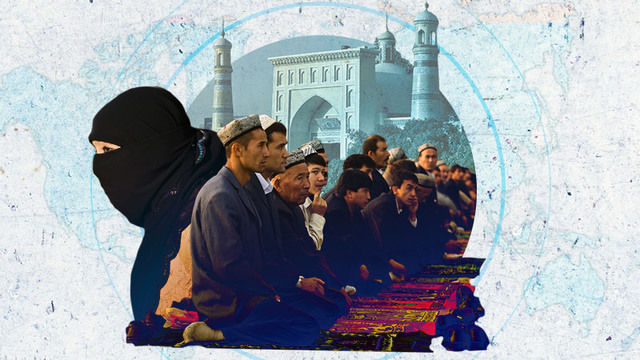 The plight of Myanmar’s persecuted Rohingya minority is becoming the Muslim world’s latest rallying call emulating the emotional appeal of the Palestinians in the second half of the 20th century.

Like the cause of the Palestinians, the Rohingya, albeit with a twist, has also become a battlefield for the Muslim world’s multiple rivalries and power struggles. Calls for military intervention on behalf of the Rohingya reflect efforts by competing for Muslim states and non-state forces to be seen as defenders of a community under attack.

China’s massive energy imports and huge infrastructure investments in the Muslim world as part of its One Belt, One Road initiative have so spared its criticism of its crackdown in Xinjiang

They also echo a greater assertiveness of Muslim states amid perceptions of waning US power and global shifts in the balance of power as well as a jihadist effort to reposition themselves in the wake of the demise of the Islamic State’s territorial base in Iraq and Syria.

Read more: The disinformation behind linking the Rohingya issue with Pakistan

That thinking is reinforced by concerns about the expansion of jihadist groups beyond the Middle East into regions like Southeast Asia and worry that the militants will gain an upper hand in projecting themselves as the true defenders of the faith compared to Muslim governments who do little more than pay lip service and at best provide humanitarian relief.

China has so far shielded Islamabad by vetoing UN Security Council designation as a terrorist of Masood Azhar, the fugitive leader of an anti-Indian group

Beyond Middle Eastern rivalries and competition with militants for hearts and minds, the plight of the Rohingya could complicate Pakistan’s rejection of US pressure to halt support for select extremist groups, put it at odds with China that has backed the Myanmar government, and potentially move Chinese suppression of its Uighur minority in the north-western province of Xinjiang into the Muslim firing line.

Iranian Deputy Parliament Speaker Ali Motahar this week raised the bar by calling on the Muslim world to raise a Muslim expeditionary force to come to the rescue of the Rohingya. “Why aren’t we Muslims thinking about forming a NATO-like joint military force that can intervene in such situations? The crimes of the government of Myanmar will not be halted without using military force,” Mr. Motahar was quoted as saying by the Iranian Students’ News Agency.

Read more: Jihadi vows of support for Rohingya add to problems of Pakistan…

Mr. Motahar’s call took on added significance by not only taking the 57-member, Riyadh-based Organization of Islamic Cooperation (OIC) to task for not convening an emergency meeting to discuss the plight of the predominantly Sunni Muslim Rohingya, but also criticizing his own government to prevent the issue from becoming mired in the Muslim world’s sectarian divide.

“Unfortunately, we think more about the Shiites than Islam, which constitutes both Shiites and Sunnis. Turkey’s response was better than ours. It told Bangladesh to accept Muslims driven out from Myanmar and Turkey would pay for their stay in Bangladesh,” Mr. Motahar said. Iran, unlike other Muslim nations, has yet to offer the Rohingya humanitarian aid.

Yet, the deputy speaker’s remarks were at the same time a stab at Iran’s arch rival, Saudi Arabia, which cemented the trend towards greater Muslim military assertiveness with the creation two years ago of a 37-nation military alliance commanded by a Riyadh-based retired Pakistani general. The alliance failed in its initial aim of marshaling Muslim support for Saudi Arabia’s ill-fated intervention in Yemen.

Mr. Motahar’s remarks also sought to reinforce the perception that the alliance was more about bolstering Saudi Arabia in its rivalry with Iran than about confronting the scourge of political violence.

The Kingdom is all about action, and not words. Nobody can claim that they have exerted more efforts for the Rohingya people than the Kingdom has during the past 70 years

Mohsen Rezaee, the secretary of Iran’s Expediency Council and former chief commander of the Islamic Revolution Guards, sought to further put the Saudis on the spot by calling on Iran, Turkey, Syria, and Iraq to establish an Army of the Prophet. Predominantly Sunni Muslim Turkey would provide the alliance its non-sectarian credentials.

The Iranian call has little chance of being taken up. Iran is already involved in multiple conflicts; Syria and Iraq are battling demons of their own, and Turkey is likely to restrict itself to being the Muslim world’s improbable moral voice and ensuring that Kurds in neighboring states do not carve out an independent existence of their own.

The Iranian call, nonetheless, competes with that of various militant Islamist and jihadist groups that have called on fighters to come to the aid of their Rohingya counterparts in Myanmar’s Rakhine state. The militants could prove to be truer to their word.

The calls by both Iran and the militants have prompted Saudi Arabia to counter Tehran’s criticism and brandish its credentials as a leading defender of Muslim rights. The Kingdom asserted that it is the one country that has long stood up for the Rohingya.

Mr. Motahar’s remarks also sought to reinforce the perception that the alliance was more about bolstering Saudi Arabia in its rivalry with Iran than about confronting the scourge of political violence

“The Kingdom has exerted all possible efforts to help Myanmar’s Muslims in this human tragedy. The Kingdom is all about action, and not words. Nobody can claim that they have exerted more efforts for the Rohingya people than the Kingdom has during the past 70 years, as history stands witness that the Kingdom was one of the first states that supported their case at the international level and in the UN Human Rights Council,” said Waleed Al-Khereiji, Saudi Arabia’s ambassador to Turkey.

So far, competition between Saudi Arabia and Iran seems when it comes to the Rohingya a battle between paper tigers. The two countries are each other’s match in rhetoric and lack of deeds.

As a result, accusations by Myanmar that Muslim countries are supporting Rohingya militants may be less targeted at Saudi Arabia and Iran and more at Turkey that has delivered aid to Rohingya fleeing into Bangladesh and described the crackdown as a genocide, and Pakistan.

Myanmar press reports quoted Bangladesh and Indian intelligence as having intercepted two phone calls between Hafiz Tohar, a leader of the Arakan Rohingya Salvation Army (ARSA), a militant group that sparked the crackdown with attacks in late August on Myanmar security forces, and an alleged operative of Inter-Services Intelligence (ISI), Pakistan’s main intelligence agency, as well as a third call with an alleged representative of the Islamic State (IS), who was calling from Iraq.

Providing excerpts of the calls, the reports suggested that the ARSA attacks were timed to follow a report by a group headed by former UN Secretary General Kofi Anan that warned that Myanmar risked fuelling “extremism” if it did not lift restrictions on the freedom of movement and right to citizenship of its Rohingya minority.

Beyond Middle Eastern rivalries and competition with militants for hearts and minds, the plight of the Rohingya could complicate Pakistan’s rejection of US pressure to halt support for select extremist groups

There was no independent confirmation of the press reports nor was it immediately clear what interest Pakistan would have in destabilizing Myanmar and causing Bangladesh heartburn. Similarly, Pakistan has been a target of IS attacks and there was no obvious reason why its intelligence would coordinate with the jihadist group.

Read more: Is there a Muslim-Buddhist conflict brewing in South East Asia?

That is not to say that there are no links between the Rohingya militants and Pakistan as well as Saudi Arabia. ARSA leaders are believed to have roots in Saudi Arabia, to have been trained in Pakistan, and gained experience in Afghanistan. The group is moreover believed to be funded by unidentified wealthy donors in the kingdom. ARSA, nonetheless, insists that it has no ties to militants outside Rakhine state and that its aim is to protect the Rohingya rather than wage global jihad.

All of this suggests at best indirect links to Pakistani intelligence and does not explain why Pakistan would have been involved in the most recent events in Myanmar. It also does not prove any official Saudi backing of the group.

Allegations of a Pakistani link, nonetheless, come at a time that the United States has put Pakistani association with various militant groups in Afghanistan, including the Taliban, as well as prescribed proxies that it allegedly uses against India and in disputed Kashmir, high on its agenda.

It also comes at a time that China is discreetly debating its hands-off approach to Pakistani links to militancy. China has so far shielded Islamabad by vetoing UN Security Council designation as a terrorist of Masood Azhar, the fugitive leader of an anti-Indian group. China has also defended Pakistan against US criticism.

Read more: The beginning of the Bengal hybrid war

The Rohingya could swing the pendulum in the Chinese debate. China, like India, has invested in Myanmar infrastructure. The last thing China wants is to be on the receiving end of inflamed Muslim public opinion that embraces the plight of the Rohingya and targets supporters of the government. That is even truer given China’s Achilles heel: brutal suppression of basic rights of the Uighurs, a Turkic Muslim group in Xinjiang.

China’s massive energy imports and huge infrastructure investments in the Muslim world as part of its One Belt, One Road initiative have so spared its criticism of its crackdown in Xinjiang that targets the Uighur’s religious identity. That could change if the plight of the Rohingya becomes the Muslim world’s new rallying cry.

Previous articleSouth Korea should give U.S. troops the boot- Part II
Next articlePyongyang does what it says: One more missile flies over Japan!

18 September 2021
Previous articleSouth Korea should give U.S. troops the boot- Part II
Next articlePyongyang does what it says: One more missile flies over Japan!

Will Iranian posturing through ballistic tests threaten an arms race in Middle East?