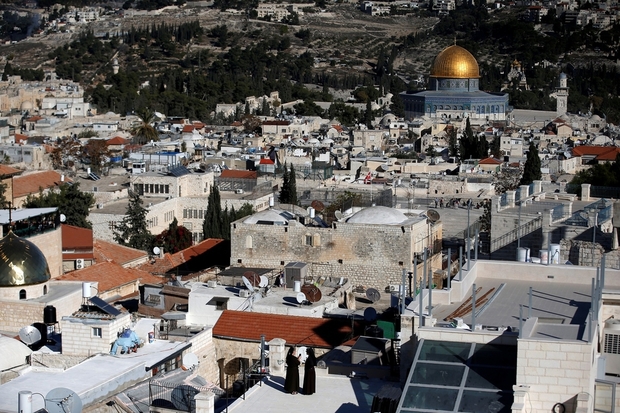 The Romanian government will follow the United States and transfer its embassy in Israel to Jerusalem, the ruling Social Democrat Party (PSD) leader said Thursday.

“The decision has been taken (…), the procedures are beginning,” Liviu Dragnea told Antena 3 television ahead of any official government announcement.

According to Dragnea, PSD Prime Minister Viorica Dancila’s government agreed Wednesday on “the start of procedures with a view to the transfer of the embassy to Jerusalem.”

The government spokesman refused to comment when questioned by AFP, although rumors of an intended move from Tel Aviv leaked out last December.

President Donald Trump’s call to shift the US embassy to the disputed city sparked deadly protests and 128 states condemned it in a United Nations General Assembly vote in December.

Only seven smaller countries aligned themselves with the United States and Israel.

Trump has mooted a trip to Jerusalem to open the embassy in May.

Romania would be the first European Union member to follow in US footsteps.

Dragnea noted the “enormous symbolic value” of a move saying Israel “has a strong  international influence” and it would be “very valuable for the American administration.”

“I think the decision will produce major benefits for Romania,” he added.

“This is also a pragmatic approach. Like all of us, Israel has the right to establish its capital where it wants,” Dragnea said.

He had first mooted the transfer late last year but Romania’s center right President Klaus Iohannis opposed it saying the status of Jerusalem should be settled between Israel and the Palestinians who both claim the holy city as their capital.

Brexit to Coronavirus: Globalisation is on retreat?