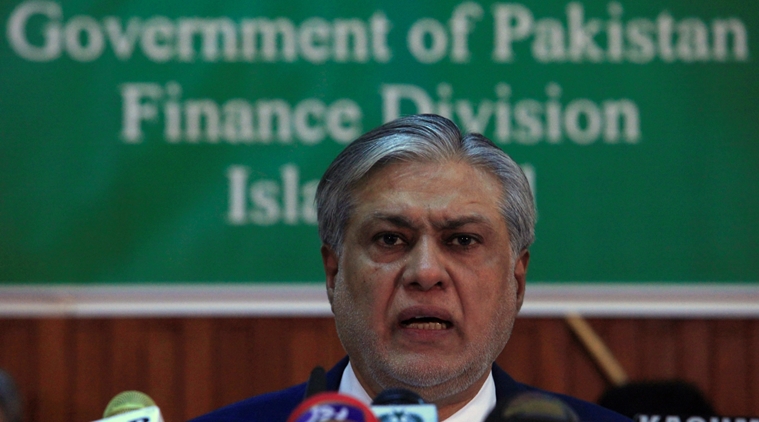 Pakistan defense expenditure was set at Rs 920.2 bn in the Fiscal Budget for the year 2017-18. The Budget presented by the PML-N-led government increased the defense budget by 7 percent from fiscal 2016-2017. Last year a total of Rs 841bn was spent on defense, a fraction less than the budgeted Rs 860bn.

Finance Minister Ishaq Dar announced the budget with a total outlay of Rs 4.75tr on Friday. The defense budget was around 19.3 percent of the total.

Besides the budget, the government announced supplementary packages which were not part of the budget.

It is noteworthy to mention here that a defense budget is used for the maintenance, up gradation, and development of defense forces. It includes the production, procurement, and refurbishment of weapons.

The breakdown of the budget is in four parts. Rs225bn have been allocated for the operating expenses of the armed forces; Rs322bn will be spent on salaries and remuneration. The armed forces will receive Rs244bn and Rs128.35bn for ‘physical assets’ and ‘civil works’ respectively.

Besides the budget, the government announced supplementary packages which were not part of the budget. A 10 percent increment was announced for all officers and jawans as a special allowance along with a similar increase in pay. The special allowance is an acknowledgment of the meritorious services of the armed forces in the war on terror.

Dawn quoted Ishaq Dar, “Large operations like Zarb-i-Azb require vast sums. This is our national duty against terrorism for which provision of resources is the responsibility of the entire nation.” A fund for the welfare of martyrs’ families was also announced.

Such inducements are much-needed and are further indicative of the fact that the state has vowed to carry on the fight against the menace of terrorism.

Is the hike justified?

Amidst hue and cry, Pakistan reposes a substantial amount for the military apparatus. Traditionally, the Indian factor necessitated a large outlay but now the war on terror also hugely factors in. However, the budget is by and large commensurate with Indian armament and historical fears.

Pakistan is currently facing multifarious threats and challenges to its security. Tensions with Afghanistan and Iran have been overshadowed by rising likelihood of the conflict with India. War mongering and drumming is becoming more vociferous by the day. Pakistan’s security orientation is such that India is considered Pakistan’s biggest threat.

Pakistan, being threatened by Indian grandiose designs needs to guard itself by all available means. Threat perceptions form the basis of defense planning. The security hypothesis of Pakistan is India-centric.

India is a larger country and has much greater economic clout than Pakistan. Hence, its military spending is spread over a larger GDP. This means that comparisons will result in farcical analysis and Indian outlay will remain much larger than that of Pakistan. The Indian economy is growing at a rapid rate of 7.3 percent. This has allowed it to become the sixth largest military spending country in the world. The budget for the fiscal year 2016-2017 is a gigantic sum of 2.74 lac crore. The total outlay is 6 percent more than that in the previous year.

A graphical depiction would put things in perspective.

Pakistan, being threatened by Indian grandiose designs needs to guard itself by all available means. Threat perceptions form the basis of defense planning. The security hypothesis of Pakistan is India-centric. Despite internal CT Milops, Pakistani defense forces look to the eastern border. Pakistan has to look after the international border (IB), Working Boundary (WB) and the Line of Control (LOC). Indian army commands are deployed versus a much smaller Pakistan army. With 5 out of 7 commands operationally deployed on the borders with Pakistan, Indian defense spending will exert pressure on Pakistan. Amelioration of defense systems at the disposal of fighting formations under the northern command, for instance, will definitely concern Pakistan. The apprehensions are valid if one goes by pure military logic.

A comparison of the military strength of both countries is given here:

Pakistan has to keep up with the conventional balance to maintain strategic parity. Much to the contrary popular belief about nuclear weapons, they do not rule war, and by no means have they displaced the use of conventional weapons. If anything, a well-equipped conventional force prevents an escalation. Military strength is elicited through economic strength. Military budgets are certainly needful burdens on states which are under threat.

Concomitant to this is increasing pressure by the US along with substantial aid cuts. The new funding in lieu of the Coalition Support Fund (CSF) has been reduced by the by US $100million this year as has the foreign military funding. With trouble on both borders, with Indian firing and incursions on the LOC as well as terrorists on the western border, Pakistan has no option but to increase its budget to enable itself to tackle threats to its vital interests.

Previous articleAnti-Qatar media campaign in the Gulf: Cracks in the Islamic Military Alliance?
Next articleWith rising trouble in Afghanistan, US Congressman calls to ‘strike’ Pakistan

25 September 2021
Previous articleAnti-Qatar media campaign in the Gulf: Cracks in the Islamic Military Alliance?
Next articleWith rising trouble in Afghanistan, US Congressman calls to ‘strike’ Pakistan

Pakistan slams the US; calls for immediate action against sanctuaries in Afghanistan

Pakistan can make fighter jets and tanks, but not cars and mobiles, complains Chaudhary

Is Kashmir slipping away from India?

Ineffectiveness of SAARC and recommendations to make it effective