A report by the Indian news platform Economic Times reveals that representatives of the Hindu extremist organization RSS have expressed concern over Netflix, Amazon and other online streaming platforms presenting “anti-Hindu” and “anti-nationalist” content. 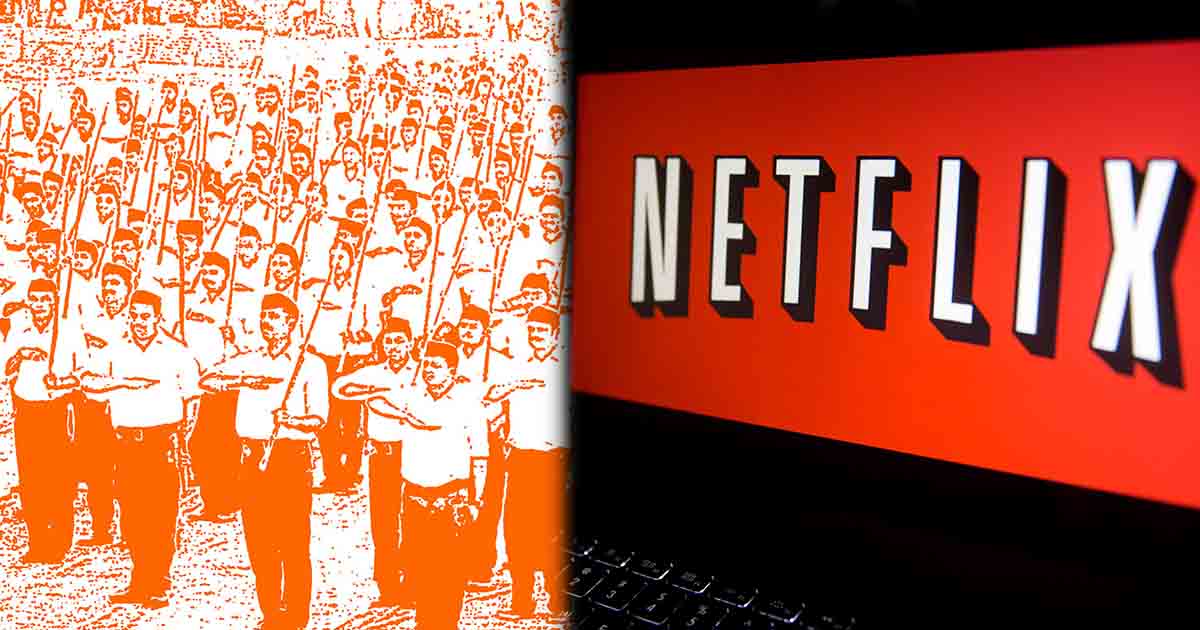 India media reports reveal that representatives of the Hindu extremist organization, the Rashtriya Swayamsevak Sangh (RSS) have held multiple meetings with the Narendra Modi-led government officials and representatives of online streaming platforms, including Amazon and Netflix to restrict the broadcasting of “anti-national” and “anti-Hindu” content on shows.

The RSS representatives have urged Netflix and Amazon, amongst other streaming platforms to broadcast content that “represents real Indian culture and ethos.”

A report by the Indian media platform Economic Times reported that RSS representatives have held six informal meetings with officials from online streaming platforms during the last four months. The meetings were held in New Delhi and Mumbai.

The report stated that Prakash Javadekar, the Indian Minister for Information and Broadcasting said that the BJP government has directed all stakeholders to submit suggestions on how to combat the challenge. The Film Certification Appellate Tribunal has convened a meeting of all stakeholders on Friday, with the agenda to discuss regulation and certification of content on online curated content providers (OCCPs).

The RSS seeks to restrict any content that sheds critical light on India’s barbaric oppression in Kashmir, or defames Hindu deities, and the Indian army. The report by media stated, “The RSS wants to restrict content ‘critical’ of the Indian standpoint on Kashmir or defamatory to Hindu symbols and the Indian Army, an office-bearer told ET. He said that the organization was in touch with representatives from most leading OCCPs to start a conversation around content.”

Larger players may be ready for a tier 2 system with a TV-style regulation on online streaming platforms, but smaller players may oppose it because of economic implications

Narrating the events of a meeting with an official representative from Netflix, held in New Delhi after the protests over the highly acclaimed Netflix series, Leila, the unnamed RSS insider told media, “We reminded them about the Twitter case when the issue of blocking rightwing handles was raised by Anurag Thakur in a parliamentary committee and officials summoned.”

The RSS insider added, “We just want them to be mindful of Indian sensibilities when they commission or select content and not go by merely what sells. We also suggested involving more Indians when they scout for content for India.”

Netflix officials have not commented on the matter as yet. However, the RSS Chief Mohan Bhagwat was informed about the issue in a meeting of RSS officials held in Rajasthan, and he expressed his concerns over the portrayal of “acts of lynching” linked with Hindu nationalists.

The RSS insider said, “He is concerned particularly about the way acts of lynching were portrayed in many shows, linking it to Hindu nationalists. It only helps evil forces to exploit the minority sentiment.”

Officials from the Indian Ministry of Information and Broadcasting revealed to ET that the government is exploring avenues to address the issue without undermining the freedom of video on demand. The BJP-led government is working towards establishing a dedicated body with a helpline, tasked with the responsibility of addressing complaints and resolving them out of court.

The unnamed official added in this regard, “Larger players may be ready for a tier 2 system with a TV-style regulation on online streaming platforms, as it may prevent legislation, but smaller players may oppose it because of economic implications. There are bigger divisions in the industry over this.”

It appears that Indian media bigwigs and RSS officials are determined to quell the narrative of Kashmir and prevent the dissemination of on-ground realities. Speaking to ET, the editor of Panchajanya, Hitesh Shankar said, “When the narrative of Kashmir is being set right after many years, we cannot let misconceptions and defense of terror spread to homes through handsets. It is the moral duty of the government to address this.”

To Prevent Mis-Representation Of India In Shows, RSS Holding Meetings With Netflix, Amazon And Other Content Providershttps://t.co/YcWHGMtNpO— Swarajya (@SwarajyaMag) October 8, 2019

The report further revealed that the RSS representatives have also held meetings with representatives from Indian media platforms, Ullu TV and Zee5. The officials demanded the authorities to remove certain content that was not deemed “appropriate for Indian viewing.”

Three years ago, the RSS had established the Bharatiya Chitra Sadhana with the objective of promoting a “Bharatiya” narrative across cinema and television, urging filmmakers to make short films and documentaries on Indian culture, values, folk art, Hinduism, national security and nation-building. In the last few months, representatives from the Bharatiya Chitra Sadhana have been reaching out to filmmakers and scriptwriters to promote this Hindu-dominated narrative.

Knives Out: Murder by Hollywood’s finest