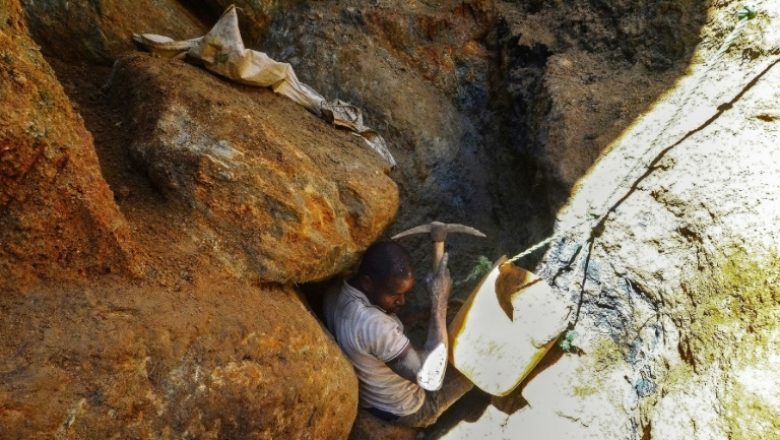 Nearly a decade after rubies was first found in northern Mozambique, the discovery has proven a poisoned chalice, says traditional local ruler Cristina Joaquim. Instead of riches and reward, what could have been a windfall has brought harassment, violence and even a local ban on farming.

The village of Nthoro sitting atop the ruby deposits has been targeted by gangs allegedly backed by police who have burnt homes and smashed belongings in an apparent attempt to force residents to move. On the road to the village of around 12,000, dozens of signs warn villagers: “You’re in the mining concession area of MRM. It is forbidden to farm, cultivate, build homes or do any mining.”

Police deny any wrongdoing. Determined to fight back, about 100 Mozambicans have joined a lawsuit in Britain alleging serious human rights abuses. London-based law firm Leigh Day issued proceedings at the High Court against Gemfields in April.

Montepuez Ruby Mining (MRM), a subsidiary of London-based Gemfields, won the mining rights to 36,000 hectares (89,000 acres) of ruby-rich land in the former Portuguese colony in 2011. Discovery of the precious red gemstone by a local woodcutter just nine years ago sparked a “ruby rush” in Mozambique, which now accounts for 80 percent of the world’s production.

From 2014 to June 2017, MRM held eight auctions of rubies from Mozambique, raising more than $280 million (240 million euros), according to government data. “In this village, we had a good life, but when our land became a mining concession area, everything changed,” Queen Cristina, dressed in a traditional “capulana” skirt and headwrap, told AFP.

“Because they say they are going to resettle us, they don’t allow us to do farming, build new houses. “Many people have fled because of police torture, famine, burning houses. Only a few people remained those who resist.”

Conditions in Nthoro are a far cry from the lifestyle enjoyed by those able to pay more than $21,000 for a ruby engagement ring by fabled luxury jeweler Faberge, which has been acquired by Gemfields. Located in the Montepuez district of Cabo Delgado province, Nthoro has no piped water or electricity and its houses are built of wooden stakes and dried grass.

A security fence surrounds the village, with only one gate overseen by guards. Nthoro, a clearing cut from the thick forest, is planted with mango, coconut and papaya trees, and chickens scratch in the dirt. The only sign of public services is a police station, which is staffed by a special military police unit rather than civilian officers.

“I just want to be compensated and get out of here,” he said. “I have seen people killed, many houses burned down. All because of the resources discovered in our land.”

Cristina accuses the authorities of wanting to drive villagers off the land to avoid having to resettle them elsewhere. “I urge the company to resettle us so we can move away from this hell. We always refer these issues to the government, but the government never answers,” she said.

MRM is 75-percent owned by Gemfields and the rest by Mwiriti Limitada, a Mozambican company co-owned by army General Raimundo Pachinuapa a senior member of the ruling Frelimo party. Just 10 minutes away from Nthoro, the mining company’s main camp has power, running water, restaurants and even a health clinic.

Nthoro’s residents are among thousands of people living within MRM’s vast concession area who are facing relocation under Mozambican law. “We no longer have any place for farming. The mining company forbids us. We can’t move freely because in certain areas the company forbids it,” Joao Carimo, another community leader, told AFP as other locals cheered him on.

“Those who burned our houses are police officers and security guards at the mine,” he alleged. Police deny any wrongdoing. Determined to fight back, about 100 Mozambicans have joined a lawsuit in Britain alleging serious human rights abuses. London-based law firm Leigh Day issued proceedings at the High Court against Gemfields in April. The claimants allege that they have been shot at, beaten and unlawfully detained, with four families saying their sons were shot dead by security forces at the mine.

Gemfields told AFP it could not comment on the claims because of the court proceedings but said it took “allegations of this nature extremely seriously and denounce(d) any form of violence or abuse.” It added that 105 families would be resettled from Nthoro under a $10-million project to establish a new settlement nearby with water, power, a school, market, mosque, and church.

“Defining which village families are to be relocated… was carried out by a third-party consultant in a lengthy and thorough process,” Gemfields said in an email. Gemfields said the new settlement’s foundation stone was laid in April and the relocation was scheduled to take two years. The local government said it was applying pressure over apparent delays to the construction.

“They should have started homes this year so we are worried,” district government official Fabiao Namiva told AFP. “But we also value things the company is doing paying taxes and organizing mobile clinics and employment training. The communities are benefiting from it. The only issue is the resettlement.”

For one villager, Jeronimo Amade, 45, the rubies have brought only a desire to leave the area and start a new life. “I just want to be compensated and get out of here,” he said. “I have seen people killed, many houses burned down. All because of the resources discovered in our land.”