Another cold war has started as US and China blame each other for coronavirus outbreak. Russia has openly condemned US' statements while China shares vital info with Moscow. Apparently Kremlin and Beijing has joined hands to fight against US propaganda war - Dr. Bhadrakumar tells us how events are unfolding. 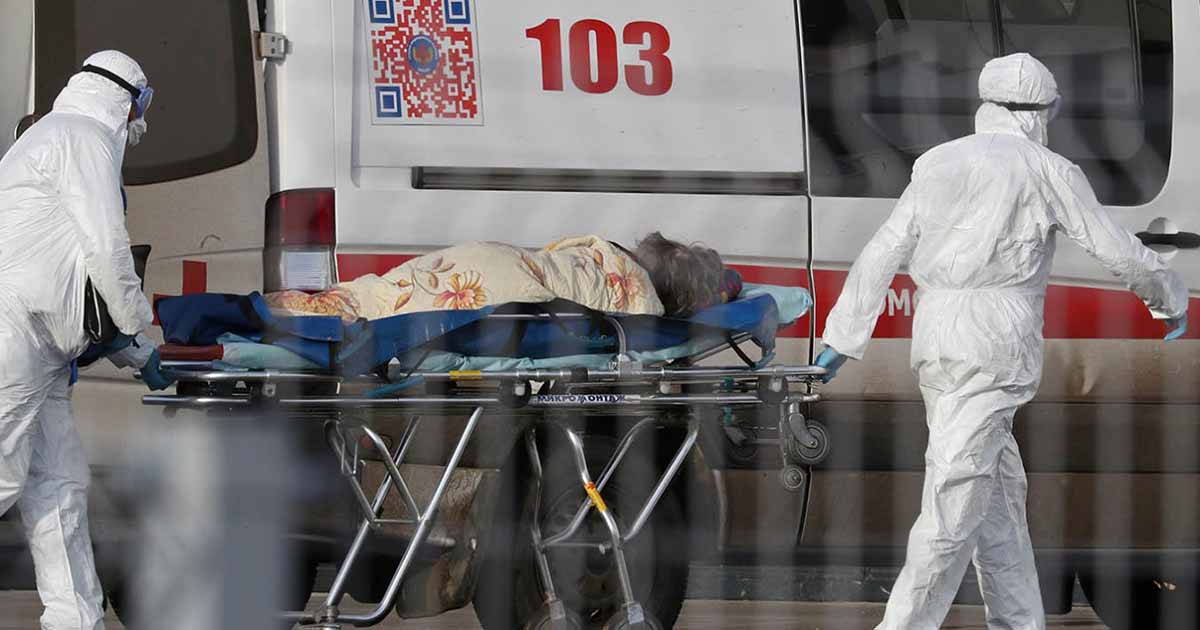 All through the recent weeks since US President Donald Trump coined the epithet “China virus” to rename Coronavirus, Moscow kept a deafening silence.

Finally, on Sunday, March 29, Moscow broke that silence. That the first Russian statement came at the level of the Russian foreign ministry makes this particularly significant. In an exclusive remark, a “source in the Russian Foreign Ministry” told the state news agency Tass:

“In order to unambiguously answer the question about the origin, about where the first case emerged, major research needs to be carried out. So, Washington’s accusing tone in comments against China arouses blatant bewilderment.”

Stressing that China’s experience is very illuminating to him, he said he will make personal efforts to ensure that the United States and China can ward off distractions and concentrate on cooperation against COVID-19

The source then went on to touch on the allegation made in China —namely, that a team of American military personnel had visited Wuhan, China, previously before the outbreak. The Russian Foreign Ministry source said:

“As for “US trace” in the COVID-19 outbreak, we don’t have this data today. However, for a long time we have been watching with concerns the US military and biological activity carried out in direct proximity with our borders. In other words, there are indeed questions for the US.”

Now, a few things must be said right at the outset. Any longtime observer of the Russian state system, media culture and Russian diplomacy would know that Tass, which functions under the supervision of the Kremlin is not in the business of lapping up stray remarks by a moonlighting Russian source.

As for Russian diplomats, even the dumbest of them know better than casually chat up a Tass correspondent. And, of course, Tass will never put out as lead story a stray remark of such significance without clearance from a high level, possibly even from the Kremlin.

Read more: Is social media responsible for spread of Coronavirus?

What it adds up to is that Russia is signalling that it knows something about coronavirus’ parentage that is explosive in its impact on world politics and international security. Russia has highly privileged intelligence sharing arrangements with China. Kremlin is the only interlocutor with which President Xi Jinping’s office maintains an institutionalised system of sharing vital information and coordination.

All these factors come into play while assessing yesterday’s Tass report. Suffice to say, one plausible explanation for the Tass report today is that Moscow has alerted Trump to something that he may not yet be aware of.

Indeed, no attempt has been made by the US so far to disprove the Chinese allegation. There has been a media cover-up instead. Meanwhile, experts have opined that it is unlikely that coronavirus has been used by anyone as a biological weapon but it cannot be ruled out that during research, the virus might have “escaped”.

Interestingly, the Russian “source” drew a pointed comparison with covert attempts by the US military to indulge in “biological activity” near Russia’s borders as well.

The potential for the disastrous rise of misplaced power exists and will persist. We must never let the weight of this combination endanger our liberties or democratic processes

Trump is on record that his “china virus” reference was an instinctive reaction to the Chinese allegation. Trump since added that he has stopped using that expression. In fact, he has more than made up by making a telephone call to Chinese President Xi Jinping to bury the hatchet.

After their conversation on March 27, Trump seemed relieved that Beijing is agreeable to bury the past and to look forward to a future of joint effort to combat coronavirus. Trump tweeted in unusually empathic language, even expressing his “respect” for the Chinese system:

“Just finished a very good conversation with President Xi of China. Discussed in great detail the Corona Virus that is ravaging large parts of our Planet. China has been through much & has developed a strong understanding of the Virus. We are working closely together. Much respect!”

The Xinhua carried an unusually detailed report on the conversation which highlighted that a serious discussion took place between Trump and Xi and made it clear that POTUS quizzed Xi closely and held out reassuring words: “Stressing that China’s experience is very illuminating to him, he said he will make personal efforts to ensure that the United States and China can ward off distractions and concentrate on cooperation against COVID-19.”

The references here to “personal efforts” and “distractions” merit particular attention. Has Xi taken Trump into confidence? The Russians have broken their silence within 2 days of the conversation between Trump and Xi.

However, this isn’t the end of the story. The orphan who appeared in Wuhan late last year may be establishing its parentage by reaching the US and creating an apocalyptic situation in New York. The big question will continue to haunt the world community: Was the coronavirus originally conceived in the womb of a Pentagon lab developing biological weapons?

Russia now says it has information to that effect. Was the Pentagon conducting tests of potential biological weapons on the two big powers that the Deep State in America regards as the US’ principal adversaries and existential threats?

Moscow has a way of drawing the White House’s attention to sensitive issues through such modes at a time when the direct communication channels remained hopelessly clogged. Moscow knows fully well from past experiences that the POTUS may not always be kept briefed on the shenanigans of the cold warriors in the US intelligence and defence establishment.

Interestingly, the Russian “source” drew a pointed comparison with covert attempts by the US military to indulge in “biological activity” near Russia’s borders as well

“In the councils of government, we must guard against the acquisition of unwarranted influence, whether sought or unsought, by the military-industrial complex. The potential for the disastrous rise of misplaced power exists and will persist. We must never let the weight of this combination endanger our liberties or democratic processes. We should take nothing for granted. Only an alert and knowledgeable citizenry can compel the proper meshing of the huge industrial and military machinery of defense with our peaceful methods and goals, so that security and liberty may prosper together.”

Eisenhower was drawing deep into the bitter experience during his presidency that despite his profound military background and being the only general to be elected president in the 20th century, the military-industrial complex torpedoed his efforts to initiate detente with the USSR.

In the wake of the famous U-2 spy plane incident on May 1, 1960 (just days before a summit meeting between Eisenhower and Soviet leader Nikita Khrushchev in Paris), which infuriated the Kremlin, Eisenhower had to abandon a planned Moscow visit in June to flesh out his pet foreign-policy project of detente with the USSR, which the highly decorated World War 2 general had deeply cherished would be his finest presidential legacy.

How Tandoors can help fight hunger during curfew?

Who watches‚ the watchers‘?