Russia has eased the virus lockdown ahead of a huge surge in coronavirus cases. The confirmed cases in the country stood at 232,243. In this situation, going towards ease in lockdown could not be a wise decision. 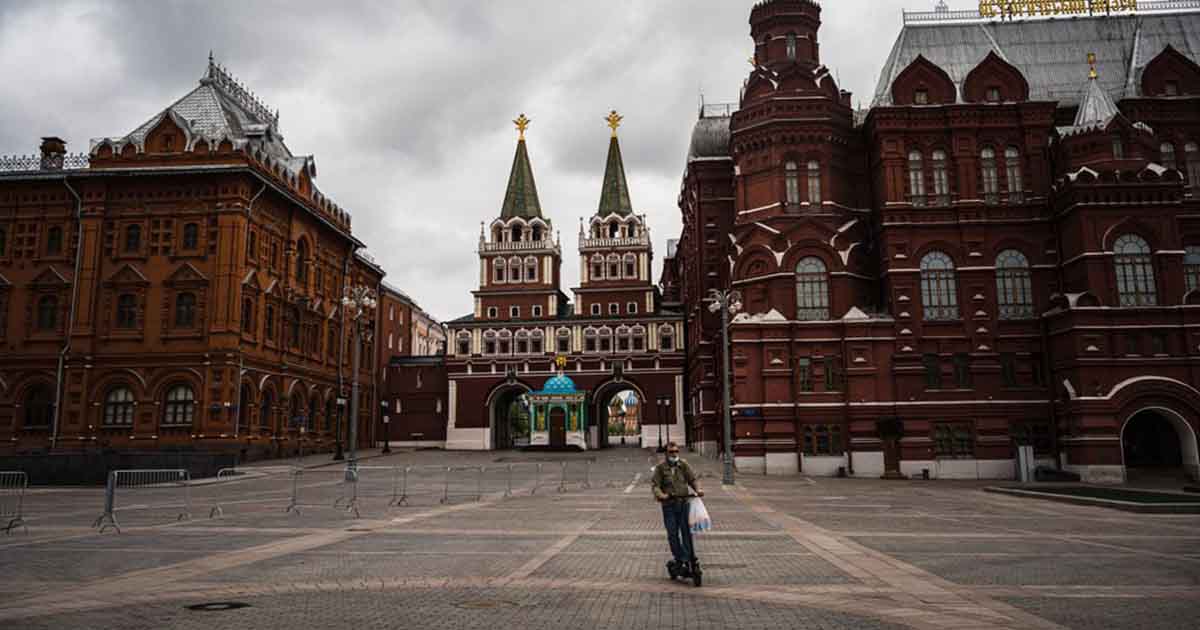 Russia moved to ease a nationwide coronavirus lockdown on Tuesday despite a surge in cases that has seen it register the world’s second-highest number of infections.

Daily figures released by health authorities showed Russia reaching 232,243 confirmed infections, behind only the United States which has reported more than 1.3 million.

Among the new infections was President Vladimir Putin’s spokesman, Dmitry Peskov, who told Russian news agencies he had tested positive for the coronavirus and was being treated.

Officials say the high number of cases reflects a huge testing campaign, with some 5.8 million tests carried out so far, and point to the country’s relatively low mortality rate as evidence Russia is managing the crisis.

Anxious to get the economy moving again, Putin on Monday announced an end to a national “non-working” period in place since late March.

Containment measures remained in many parts of the vast country, including hard-hit Moscow which is on lockdown until the end of May, but others began to lift some restrictions.

Officials reopened parks in Novosibirsk in Siberia and in Bashkortostan in the Urals and in Magadan in the Far East residents were allowed to leave their homes to exercise.

In Moscow some half a million construction and industrial workers were allowed back on the job, as wearing masks and gloves became mandatory in shops and on public transport.

Riding a bus in the capital, 25-year-old Tatyana Khan said it was clear why such measures were necessary.

Russia moves to ease lockdown despite surge in virus cases Russia moved to ease a nationwide coronavirus lockdown on Tuesday despite a surge in cases that has seen it register one of the world https://t.co/0kJUQzveQ4

“If everyone had worn masks earlier there probably would be fewer infections in Russia,” said Khan, who has been working for the city disinfecting building entrances.

After reporting more than 10,000 new cases per day for more than a week, Russia on Tuesday surpassed Britain and Spain in the total number of confirmed infections.

But with only 2,116 virus deaths reported so far, Russia’s mortality rate has been much lower in comparison with countries with similar infection rates.

Authorities say this is because Russia was able to learn lessons from the experiences of western Europe, moving quickly to isolate travellers and people at risk, convert hospitals to treating virus patients and launch a vast campaign to test and quarantine those infected.

Critics have cast doubt on the numbers, accusing officials of under-counting by blaming virus-related deaths on other causes.

Putin pointed to the low mortality rate when he said it was time to lift the confinement measures that required Russians in non-essential jobs to stay home.

The lockdown move brought uncertainty to an economy already grappling with low oil prices, with business owners struggling to pay full salaries to employees while shutting their doors to customers.

“It is in the interest of all of us for the economy to return to normal quickly,” Putin said, adding that the construction, agriculture and energy industries should be restarted first.

Putin has seen his approval ratings fall as Russians grow increasingly concerned about their financial futures.

His government has also been hit by several coronavirus cases. As well as his spokesman, Putin’s prime minister, Mikhail Mishustin, and two other ministers have tested positive for the virus.

The Kremlin has left it up to individual regions to decide how to proceed with easing restrictions. In Moscow residents will still only be allowed to leave their homes for brief trips or to travel to work with a permit.

Medical workers have warned that despite the increase in capacity, hospitals and clinics have been stretched in dealing with the crisis.

On Tuesday officials launched a probe into ventilators used at some Russian medical facilities after five coronavirus patients, including three attached to the breathing machines, died in a fire at a Saint Petersburg hospital.

Saint Petersburg governor Alexander Beglov said it appeared that one of the ventilators at the Saint George hospital had short-circuited and caught fire.

Covid-19: Pakistan Police on the frontlines