Russia is going to try Chinese who broke out of isolation. China has warned Russia against discriminatory actions against citizens. Chinese embassy alleged that Russia is behaving discriminately with nationals of all countries. Read what is happening to foreign nationals in Russia. 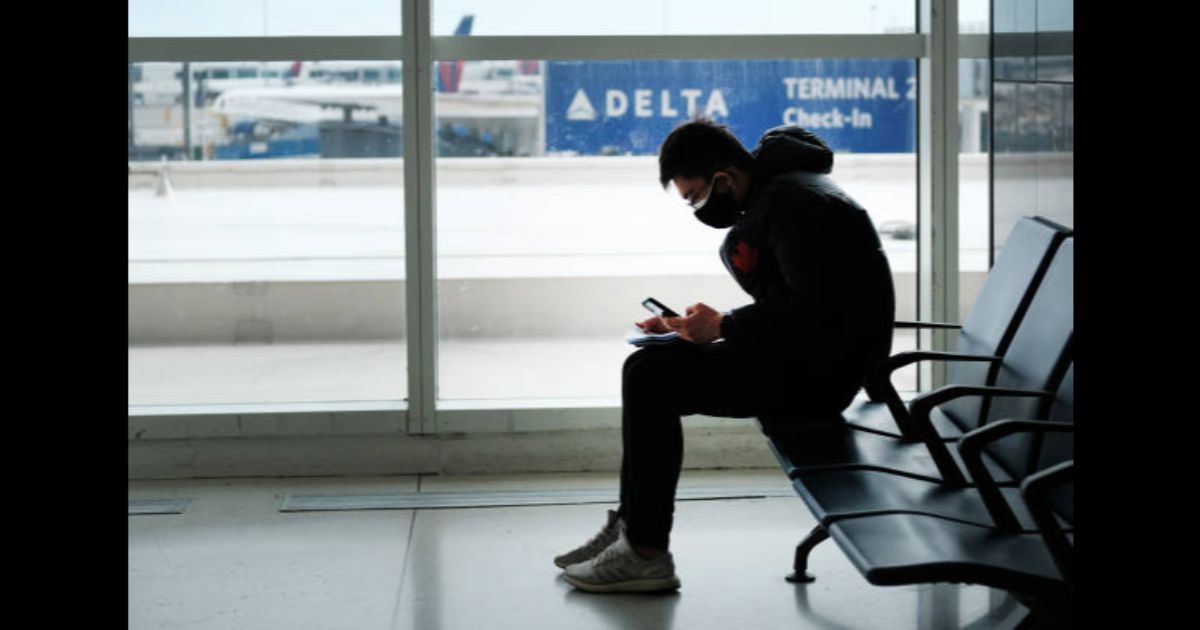 China’s Embassy in Russia has demanded authorities in Moscow end what it said are discriminatory anti-coronavirus measures against Chinese nationals, saying they are damaging relations and alarming Chinese residents of the Russian capital.

The complaint, detailed in an embassy letter to the city’s authorities and published by the independent Novaya Gazeta newspaper late on Tuesday, deplored what it called “ubiquitous monitoring” of Chinese nationals, including on public transport in Moscow.

Tsaritsyno, a palace, recently drew global attention for dozens of Chinese people being isolated there due to the COVID-19 epidemic.

On Sunday, the Chinese Embassy in Russia published a statement, clarifying that those claims are false.

The embassy said it has found no evidence to back up the claim that Moscow police had mistreated 80 Chinese people, who are now under quarantine.

However, some pro-Western forces in Russia have used the event as a “bomb” to break China-Russia ties.

The #coronavirus is testing the already fragile alliance between China and Russia. Despite of Russia's obvious racial discrimination against the Chinese, Beijing won't expel any Russian reporters nor do anything else to push back. https://t.co/dx1XsHi9EW— Helen Raleigh (@HRaleighspeaks) February 24, 2020

The Global Times interviewed some of the Chinese people involved to uncover what has really happened at the makeshift rehabilitation center inside the Tsaritsyno Palace.

In the midst of fighting against the COVID-19, Russia has been applying strict measures to reduce the risk of virus transmissions.

Moscow on Monday confirmed its first case of novel coronavirus, the third case in the country after two Chinese citizens in Russia were confirmed and treated in Siberia, AFP reported.

From February 20, Russia began to limit the entry of Chinese citizens with work, visit, study and travel visas.

According to some online posts by Chinese people in Moscow, police screened Chinese people at metro stations, key public spots and university dormitories. There were some who even completed quarantine but were forced to be isolated.

Some tourist groups from China were also sent into isolation in Moscow.

Local residents said that due to the COVID-19 outbreak, more than 11,000 Chinese citizens are under medical observation in Russia. Conducting the measures also brought great pressure to local police and medical systems.

On February 24, the Chinese Embassy sent Moscow city government a diplomatic note, urging it to stop discriminatory measures and to ensure the legal rights of Chinese citizens. The Russian side later denied any discrimination.

Among them, 80 are Chinese citizens.

According to the rule, while entering Russia, Chinese citizens have to sign a document, promising not to violate the regulations on epidemic prevention and to stay at their residence for 14 days.

Because the document was published in Russian, many Chinese citizens signed it without fully understanding its demand. Some of them inadvertently violated the rules while picking up delivery food, throwing out the trash or shopping in small supermarkets.

Several have remote trials arranged and were fined and would be expelled. They cannot return to Russia in five years, ruining their careers or education.

A student said that he had been sent to a makeshift quarantine spot in the health recovery center inside Tsaritsyno.

The student, who asked for anonymity, arrived in Moscow on February 15, and the airport gauged passengers’ temperature, sampled their oral and nasal mucus and required them to sign a commitment written in Russian. “The medical staff collected our information including addresses and told us to stay indoors for 14 days,” said the student.

After asking whether they could go out to buy food, the doctor said they were allowed to go to grocery stores and restaurants but prohibited to go to big malls.

The student stayed in his apartment until police came on February 22 night to take him, his girlfriend and his friends to a hospital for testing again.

“The police told us we would be free to go afterwards,” the student told the Global Times.

On their way to the hospital, the police stopped by to take another two Chinese living nearby who arrived in Moscow on February 10 on a business trip.

In the hospital, a doctor collected their information and passports and told them they had to be quarantined without any examination, said the student.

The two Chinese businessmen tried to explain in English that they had been staying at home as they don’t speak Russian. On the second day, they were taken out for an online trial. The trial was interpreted by a Russian student who spoke poor Chinese, said the student.

Both Chinese businessmen were sentenced to be deported and to pay 10,000 rubles ($150) as fine and are banned to enter Russia within five years.

After the sentence, the two Chinese were sent to a place to await deportation after signing a document in Russian they didn’t understand.

Russia reports 50+ coronavirus cases (one child, one teenager), 42 of them are Russian citizens, 2 from China and 1 from Italy.

Some other Chinese were so afraid that they dared not to sign the document after their sentence, but some were forced to press fingerprints on the paper.

A female student’s cellphone was confiscated when she was attempting to call the Chinese Embassy, said the student, adding that three people shared a room in the recovery center, and a nurse gave them food without wearing gloves.

They were given no protection in the same room which could result in cross-infection. Even after the recovery center was full, the police kept sending Chinese people there, the student recalled. Some of the served rice was allegedly raw.

No visits are allowed, said the student. Those who faced their trials would be sent for deportation after 14 days of quarantine.

Xu Wenteng, a person in charge of a Chinese volunteer association in Russia, told that the 80 Chinese violated the government’s order of 14 days’ indoor quarantine, and their facial images were captured by cameras on the street. Therefore, they were sent to the recovery center. Everyone will be tried by the online court and deported.

A Russian woman who had just returned to Moscow from China made a similar point on social media. She said the voluntary quarantine order printed in Russian was ridiculous, which did not mention what to do if she had to go out to buy food or medicine during the quarantine.

The Chinese Embassy has requested the Russian side to fulfill its obligations to properly inform, refrain from taking excessive measures, and enforce laws and anti-epidemic measures in a scientific and reasonable way, said an embassy spokesperson on February 27.

The Russian side should provide adequate, secure conditions for Chinese citizens during the 14-day quarantine period at their residence or isolation sites, said the embassy.

The Chinese Embassy has been actively negotiating with the Russian side on this issue with the aim of better protecting the legitimate rights and interests of Chinese citizens. In addition, a timely warning has been issued to the Chinese people in Russia and Chinese citizens who imminently plan to visit Russia.

The Chinese people, who are now facing deportation, all misunderstood the quarantine rules, Xu noted.

Such violations can be greatly reduced if the voluntary quarantine order was published either in English or in Chinese, or even if it was translated in Chinese, especially for indicating the punishment, he said.

Meanwhile, Russia has stressed at all levels the 14-day quarantine requirement applies equally to all people entering the country, whether Russian or Chinese.

A screenshot of the internal email of Mosgortrans, a state-owned public transportation company, on February 19, said that if a Chinese person is found on a bus or tram, the driver should contact the dispatcher and report them to the police. Later, other internet users uploaded pictures of electronic devices on buses that displayed the same command.

Mosgortrans initially denied its authenticity, but later issued a statement saying that the move was based on the Russian government’s decision to suspend most Chinese citizens from entering Russia from February 20.

Russians face a fine of 1,000 rubles and 14 days of quarantine. However, Chinese people who face trial are fined between 5,000 to 10,000 rubles and then deported from Russia. This has a very big impact on some students who haven’t graduated and those who have a job in Russia, he said.

As scheduled on Monday, those Chinese sent to detention centers awaiting repatriation have been going through appeal hearings, which were also attended by officials from the Chinese Embassy in Russia.

The Chinese Embassy has devoted all-out efforts in helping out Chinese citizens in Russia from early negotiations with local governments to appeal for better living conditions and healthy diets for those forced into quarantine.

Consular staff and volunteer organizations serving local Chinese have continued to assist Chinese forced into quarantine by sending food, chargers and other necessities to make them living with limited daily supplies.

Some political forces including Russia’s pro-Western voices in the media have focused their hype on “retrogressive China-Russia relations,” attempting to escalate the issue into a conflict between the Chinese and Russian people, claiming the incident will deteriorate bilateral relations.

The Chinese Embassy on Sunday clarified that Russian police were not targeting Chinese citizens alone, as there were also Russian and other nationals in the quarantine site.

Sergey Sobyanin, the mayor, said that the Moscow government considers the development of cooperation with China as one of the most important priorities of its international and foreign economic activities.

China’s Huawei sues US over federal ban on its products

US happy to help in ‘nasty’ China-India border dispute: Trump