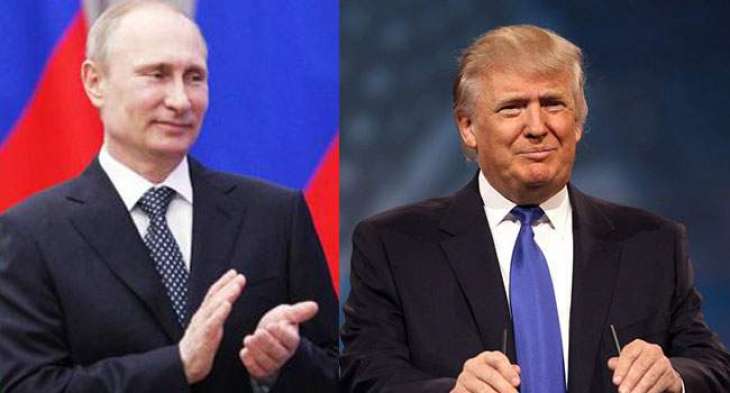 The Kremlin hailed US President Donald Trump as a “partner” on Friday ahead of his first summit with Russian President Vladimir Putin.

“We consider Trump a negotiating partner,” Kremlin adviser Yuri Ushakov told reporters in a briefing on Monday’s summit in Finland.

The summit aims to mend ties at a time of high tension between Moscow and the West.

“The state of bilateral relations is very bad,” said Ushakov. “We have to start to set them right.”

Rival roles in the Syrian and Ukrainian conflicts and other disputes have driven relations between Moscow and Washington to their lowest point since the Cold War.

The US has passed a series of sanctions against Russia since 2014 over its annexation of Crimea from Ukraine and alleged meddling in the US elections, which it denies.

Kremlin spokesman Dmitry Peskov said he expected Donald Trump to show some “political will” to move towards normalizing relations.

The summit is not about “bargaining” between the two leaders, he said, but to “compare their positions and clarify to confirm or dispel the fears of each on a number of topics”.

Since coming to power last year, Trump has sought to improve relations with Putin.

The last, brief meeting between Putin and Trump took place in November 2017 in Vietnam during an APEC summit.

“The aim of this meeting is to begin setting right the negative state of bilateral relations, to agree on concrete measures to improve them and to establish a more or less acceptable level of trust,” Ushakov said.

“We would like these negotiations to contribute to the creation of an atmosphere that will allow us to talk about continuing contact, including possible visits to Moscow and Washington.”

He said the presidents would meet one on one with just their interpreters. They will then hold a working lunch with their full delegations.

“We are ready to address practically all questions relating to bilateral relations and the international agenda,” Ushakov said.

“One of the main subjects of discussion will be the situation in Syria, notably in the context of the Iranian military presence in that country.”

Read more: Clash between Russia and the USA over biological weapons in Central…

He said the summit was scheduled to start at 1000 GMT and there was no time limit as far as the Russian side was concerned.

Russia’s Foreign Minister Sergei Lavrov and US Secretary of State Mike Pompeo will also hold their first meeting in Helsinki during the summit.

They are expected to discuss the expulsion of US diplomats from 2016 over issues including the allegations of election meddling.

The Kremlin said no joint summit statement was planned but the presidents would give a news conference after their meeting.

Moscow has repeatedly said it has never interfered in US elections. The United States is due to hold mid-term elections in November.

Relations with the West have also been soured by the poisoning of a former Russian spy in Britain in March.

Moscow has denied London’s claims that Russia was behind the poisoning.