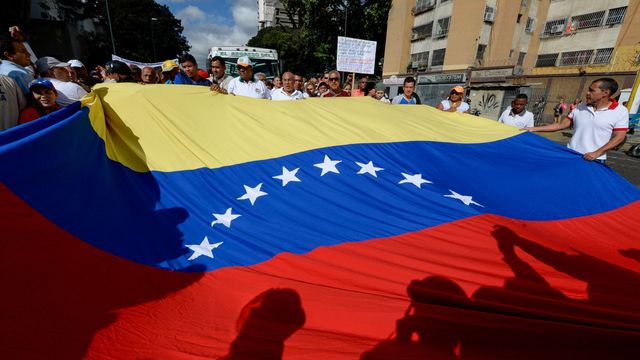 The Bolivarian Republic has been on the economic brink for years due to a combination of the US’ Hybrid War on Venezuela and the government’s mismanagement, so it’s not surprising that Caracas recently announced that it will restructure its debt in order to ensure that it can continue making payments in the future.

The last thing that Venezuela needs right now is to default, since not only could that crash its currency to Zimbabwean-like levels and contribute to yet another round of Color Revolutionary violence, but it might also lead to debtors seizing its oil tankers in an attempt to recoup some of the value from their lost loans.

It, therefore, makes sense that Venezuela would want to restructure its debt, but the paradox is that it also said that it will continue servicing its existing commitments during this time, which some analysts believe won’t incentivize any of the country’s debtors to agree to new terms since Caracas is still paying them back according to the old ones anyhow.

Russia becoming a global energy superpower if it gains a majority stake in the company and indirectly acquires control over the world’s largest oil reserves in the Orinoco River Basin.

The precipitous drop in global energy prices over the past couple of years has hit Venezuela extra hard because the sale of oil accounts for almost the entirety of its foreign currency earnings and roughly half of its GDP, and the legacy programs of socialist support that the former Chavez government spearheaded for the poor can’t be sustained indefinitely under these challenging economic conditions, nor can the country’s debt servicing be either.

For these reasons, it’s thought that Venezuela’s situation is untenable and that a major crisis is imminent because of the dilemma that Maduro finds himself in – he can’t default, yet he probably won’t succeed in restructuring his debt. For as gloomy as the situation may sound, none other than Financial Times interestingly came up with a creative solution for the country, and that’s to have Russia come to its rescue.

In the thought-provoking article titled “The geopolitics of Venezuela’s debt”, the outlet explains why Russia is a lot more likely to aid the South American energy giant than China or anyone else, arguing that Moscow could simply ask Caracas to reimburse it with more shares in the state-owned PDVSA oil company as a crafty form of compensation in line with Russia’s practice of “energy diplomacy”.

Read more: Why Russia suspects that US is helping ISIS in Syria &…

Reuters had earlier written quite negatively about Russia’s growing role in Venezuela’s energy sector in an August article titled “Special Report: Vladimir’s Venezuela – Leveraging loans to Caracas, Moscow snaps up oil assets”, but whether one view this positively or otherwise, the objective fact remains that Moscow indeed wields sizeable influence over Caracas nowadays and that it could conceivably save Venezuela according to the PDVSA-related debt-for-shares model that Financial Times proposed.

The Bolivarian Republic has been on the economic brink for years due to a combination of the US’ Hybrid War on Venezuela and the government’s mismanagement.

The end result of this scenario could see Russia becoming a global energy superpower if it gains a majority stake in the company and indirectly acquires control over the world’s largest oil reserves in the Orinoco River Basin.

This, however, suggests that Moscow would have to secure its investments one way or another from the threat that a pro-American regime change could pose to them, which could naturally see Russia either boost its military, political, and socio-humanitarian support for the Bolivarian authorities and/or attempt a “diplomatic intervention” aimed at “balancing’ Moscow’s long-term energy interests between the government and the “opposition”.

US tightens restrictions on Pakistan

Understand how Pakistan’s economy is being destroyed deliberately: ‘We work like the Mafia hitmen’ John Perkins