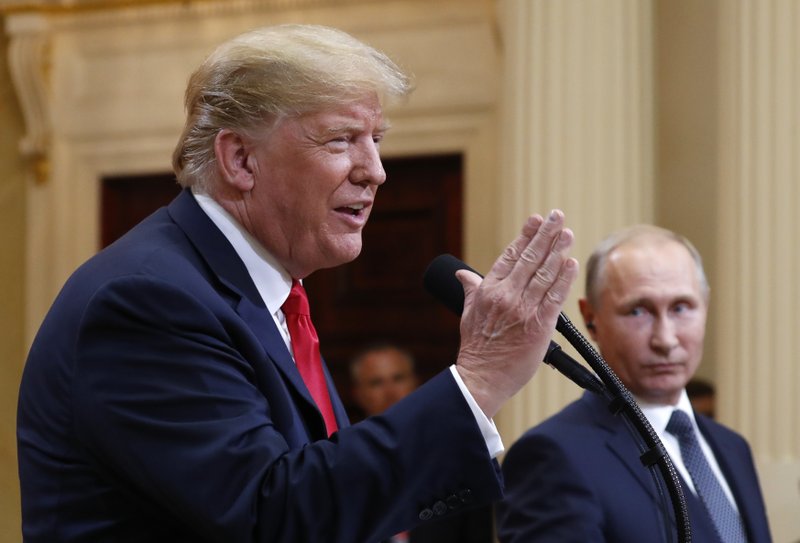 Moscow has strongly rejected allegations made against it by the United Kingdom, the European Union and the United States regarding the poisoning of Sergei Skripal, ex-Russian spy, on British soil. The US, UK and EU have expelled almost a hundred Russian diplomats in a collective show of ‘solidarity’. Russia promises to retaliate in what is becoming a full-fledged diplomatic war.

Along with the US, several EU member states and eastern European countries have also expelled Russian diplomats, including France, Germany and Ukraine. Halfway around the world, the Prime Minister of Australia has also condemned Russian ‘recklessness’ in UK. Despite all this, questions still linger about the role Moscow is accused of playing in the poisoning of the ex-Russian spy.

In Syria, Russia effectively saved the Syrian regime despite tough talk by the US and its allies that Bashar-ul-Asaad must be removed. Russia successfully annexed Crimea in 2012, a move that boosted Putin’s approval ratings at home.

Sergei Skripal was a military intelligence officer in Russia. After retiring, he went into the business sector. According to the BBC, Skripal had been passing the identities of Russian ‘spies’ to the British Foreign Intelligence Agency, the MI6. He was then convicted of treason within Russia, after which, he came to the United Kingdom after a high level ‘spy swap’ agreement in 2010 between the US and UK on one hand and Russia on the other.

Reportedly, a nerve agent was used against him in an attempted assassination. He along with his daughter was exposed to the agent in a park in the British town of Salisbury. Their condition is now critical as they go under treatment in a hospital. Nerve agents inhibit the functioning of the nervous system and 21 people in total are said to have been affected.

The UK then accused Russia of the attempted assassination and expelled Russian diplomats. The EU and America soon followed suit. So far, Moscow has retaliated by expelling British diplomats from its soil. As the story unfolds, several facts are worth mentioning here. The investigation into the incident is not yet complete. British police have said that it could take all summer to complete the investigation. The counter-terrorism chief at Scotland Yard has said that he is ‘confident’ that the culprits behind the nerve agent attack will be found. In other words, they are not entirely sure yet as to who tried to kill Sergei Skripal. Why blame Russia then?

Furthermore, it is still not clear how the agent was administered to Skripal and his daughter. Nerve agents can be administered in either liquid or gaseous form. According to Dr. Simon Cotton from the University of Birmingham, a single drop can be fatal. The handlers administering the agent must take care to ensure they don’t get exposed to it. Skripal and his daughter were found perched on a bench in a public park near a shopping mall. According to a doctor who happened to be one of the first people on the scene, Ms. Skripal as unconscious on a bench, vomiting and fitting after having lost control of her body. What could Moscow possibly gain from such a brazenly public attempt at murder? There is no obvious benefit to Russia if Sergei Skripal dies, like this, eight years after the spy swap agreement.

Along with the US, several EU member states and eastern European countries have also expelled Russian diplomats, including France, Germany and Ukraine. Halfway around the world, the Prime Minister of Australia has also condemned Russian ‘recklessness’ in UK.

The British Prime Minister had initially said that if evidence confirming the role of the Russian state in the attempted assassination is confirmed, Britain will respond appropriately. In other words, fingers were pointing towards Russia before any evidence had come to light. Then, Theresa May gave the Kremlin a ‘deadline’ when news about the attempted assassination broke. Russia was to explain its actions before the deadline passed, failing which, Russian diplomats were expelled from British soil.

Russian ambassador to the UN, Vasily Nebenzya, responded by saying, ”We do not speak the language of ultimatums. We do not use that language with anyone. And we will not allow to be spoken to in that language either.” Amber Rudd, the British Home Secretary, said the attack by Russia was ‘brazen and reckless’. Boris Johnson, the British Foreign Secretary also chipped in.

Johnson said that Russia was ‘a malign and disruptive force’, alleging that Russia was launching cyber-attacks against British infrastructure. Meanwhile, the investigation into finding the culprit behind the attack is still not complete. One can’t help but wonder, since there is no evidence yet confirming Russia’s role, could there be deeper motives behind the accusations leveled at Russia?

At the UN Security Council, Britain’s deputy ambassador at the UN, Jonathan Allen, accused Russia of breaking its obligations under the Convention on Prohibition of Chemical Weapons. The British PM also accused Russia of violating the Convention on Prohibition of Chemical Weapons. And US ambassador to the UN, Nikki Haley, said that the America stood in ‘absolute solidarity’ with the Britain. The Russian Foreign Minister, on the other hand, offered to cooperate under the terms and conditions of the Convention, according to which there is a 10-day limit for a response.

The handlers administering the agent must take care to ensure they don’t get exposed to it. Skripal and his daughter were found perched on a bench in a public park near a shopping mall.

‘Deadlines’ like the one given by the United Kingdom are not sanctioned by it. Why did the US and EU expel Russian diplomats, even though Russia was willing to cooperate in accordance with international law? Based on these facts, one may be forgiven for thinking that the expulsion of so many diplomats may have been premeditated. The attempted murder of Sergei Skripal could possible have been merely a pretext.

Latvia, Romania, Australia, Croatia, France, Germany, America, Canada, Denmark, Albania and Macedonia among several other countries have expelled Russian diplomats, even though Skripal wasn’t on their soil. Is it possible that the move by so many countries across three different continents seems to be coordinated and well-planned? Even Iceland has announced it is suspending high-level dialogue with Russian authorities and its leaders will not attend the Football World Cup in Russia in June this year. ‘Solidarity’ between allies does not explain this behavior entirely.

If one takes a look at important geopolitical developments over the past decades around the globe, especially in relations between Russia and the West, it is apparent that Moscow has outsmarted and outplayed the West on various fronts. In Georgia, Russia launched a successful military incursion.

In Syria, Russia effectively saved the Syrian regime despite tough talk by the US and its allies that Bashar-ul-Asaad must be removed. Russia successfully annexed Crimea in 2012, a move that boosted Putin’s approval ratings at home. All this was achieved by Moscow despite warnings from and ‘lines in the sand’ drawn by NATO and the White House. Is it possible that a coordinated move to expel almost a hundred Russian diplomats may be an attempt to get back at Russia?

Previous articlePadmavat has made me stronger than before: Deepika Padukone
Next articleWill PPP rescue Nawaz after his Memogate regret?

18 September 2021
Previous articlePadmavat has made me stronger than before: Deepika Padukone
Next articleWill PPP rescue Nawaz after his Memogate regret?

Pakistan Foreign Office reacts to the US sanctions against Pakistani companies