Russia's State Duma on Thursday was set to discuss the constitutional amendment bill submitted by President Vladimir Putin, a reform plan unlikely to meet any serious criticism in parliament. 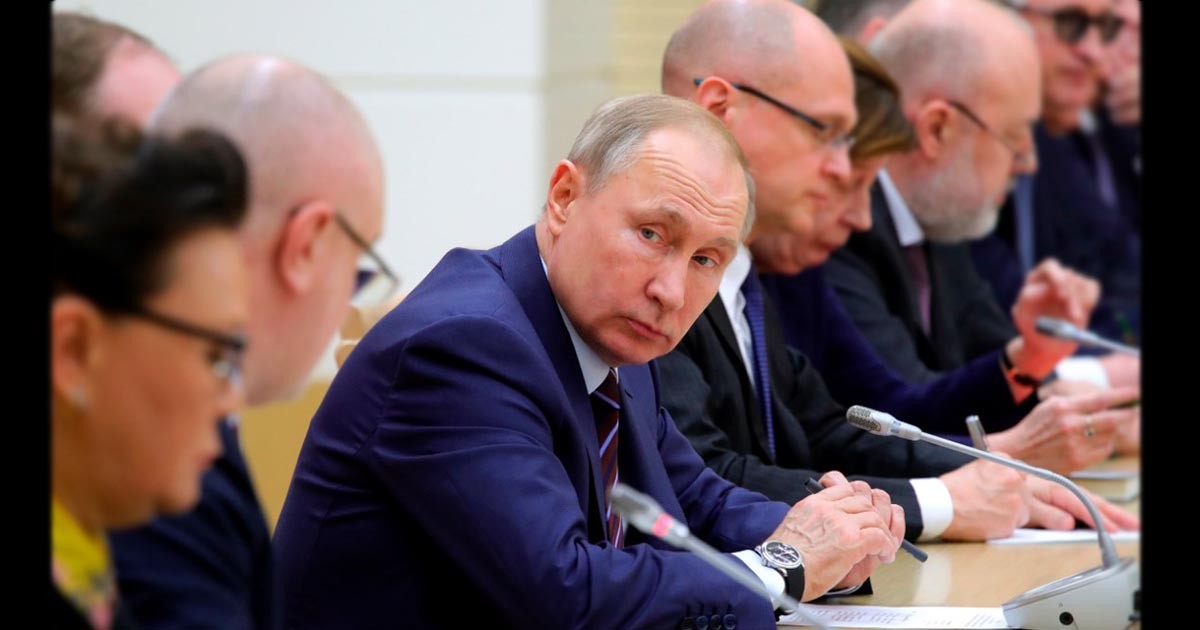 Russia’s State Duma on Thursday was set to discuss the constitutional amendment bill submitted by President Vladimir Putin, a reform plan unlikely to meet any serious criticism in parliament.

The bill is on the agenda to be debated in the first of three readings just a week after Putin’s call for reforms — followed in quick succession by the dismissal of parliament and the appointment of a new premier and cabinet.

The breakneck speed of the changes have fuelled speculation about Putin’s plans, but the overwhelmingly Kremlin-loyal parliament is likely to fully back Putin on the proposed constitutional amendments before some form of a public vote on the issue.

In 2024, Vladimir Putin’s term as president ends, and he can’t run again. Are his recently announced constitutional reforms a way for him to stay in power and keep doing the parts of the job he likes best? @AngelaStent analyzes the news on #TheCurrent: https://t.co/xvPxRHcFwC— Brookings Podcasts (@policypodcasts) January 21, 2020

The bill outlining constitutional changes was submitted to parliament on Monday, just five days after Putin formed a “working group” of 75 people, including athletes and celebrities, to work on the amendments.

The group only met twice, however, and one of its members said it was clear that the bill had been written far in advance, without the hastily formed group’s input.

“I didn’t work (on the amendments),” Yelena Alshanskaya, who heads a major orphan charity, wrote on Facebook Tuesday. “Clearly our role is merely representative.”
Read more: Putin’s opposition in disarray over his constitutional overhaul

The State Duma has to vote for the bill in three readings, possibly introducing its own changes, before the bill is approved in the upper house Federation Council and given a final green light by the Kremlin.

In his state of the nation speech last week, Putin suggested tweaking the constitution because “things have changed dramatically” since it was adopted in 1993. Reforms could be “important for Russia’s continued development”, he added.

He outlined some proposals, including boosting the role of the State Council, currently an advisory body, giving more responsibilities to parliament, and introducing more stringent requirements for public officials.

The text of the bill on the parliament’s website includes some of these changes: instead of the president, parliament confirms the prime minister, though the president can still sack any candidate.

Putin’s proposed constitutional reforms will transform Russia’s political regime and allow him to prolong his grip on power when his fourth presidential term expires in 2024.

Public posts at the federal level would be closed to Russians under 30 or who hold citizenship or permanent residency in any other countries.

The president also seems to be getting additional powers to overrule a bill adopted by a two-thirds parliamentary majority: instead of being forced to sign such a bill, the president would now filter it through the constitutional court, where he can dismiss any judge.

Speaking on Wednesday in the Russian city of Lipetsk, Putin reiterated that he believed Russia needed a strong presidency. Parliamentary republics in European countries have been “malfunctioning”, he argued.

Some observers and media said the bill would mean Russia was even more dominated by the presidency. Others said the amendments would merely codify the existing order.

Political analyst Gleb Pavlovsky dismissed speculation that Putin was planning to step down. “He is creating an even more complicated system of authority,” he told AFP.

PIA is only Airline in World transporting deceased Free of Charge