Russian Meddling in US Election Could Be ‘Act of War, says NATO commander 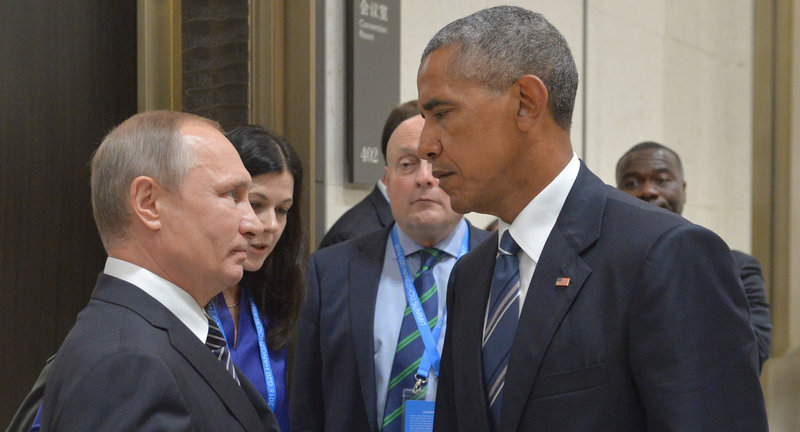 General Sir Adrian Bradshaw, a citizen of the UK, has alleged that an “international disinformation campaign” through websites such as Sputnik News and Russia Today could also be included in NATO’s definition of an “attack.”

According to the NATO treaty, “an armed attack against one or more [members] shall be considered an attack against them all,” and allies may use any action necessary for defense. In recent years, this has been expanded to include cyber attacks and hacking.

“It is a political decision, but it is not out of the question that aggression, blatant aggression, in a domain other than conventional warfare might be deemed to be Article Five,” Bradshaw told The Times. Article Five deems an attack on one member state to be “an attack on all.” He further declared that this would go into effect, “when it’s declared to be.”

Bradshaw added that the organization has “declared cyber as a domain in warfare, alongside air, maritime, special forces and land.”

“It is hard to imagine any future conflict that doesn’t include a substantial cyber element.

“It’s not just the threat of overt military attack, but it’s a raft of other measures, including covert, paramilitary, and non-military activities, some of which will be coordinated by the intelligence arms of Russia,” Bradshaw said in January at a Council on Foreign Relations event.

“And we as NATO need to have our antenna tuned to the signs that this sort of hostile activity is going on,” he added.

Read more: Americans can spot election meddling because they’ve been doing it for years

Bradshaw’s statements come as Democrats, and a few anti-Trump neo-conservative Republicans, continue to scramble to link members of the Trump administration to Russia.
In January, Republican Senator John McCain declared that Russia was a bigger threat to the United States than ISIS, and repeatedly echoed former Democratic candidate Hillary Clinton’s calls for the use of military force against Moscow.

This piece was first published in Sputnik News.

News Desk - 18 September 2021
The traveler said that Pakistan is a safe country and more foreign travelers and vloggers should visit and explore the country. “The long-anticipated wait is over! We are happy to share and announce that we have officially shifted to the north of Pakistan," said Rosie Gabrielle.

The Walls in Our Heads