What better way to spice up a snoozy meeting of world elite at a posh Swiss resort than a story of Russian spies? And if details show it’s old with nothing to it, that hasn’t stopped conspiracy-mongers and attention-hungry media; the Swiss Police caused a media frenzy, in the Davos Summit, when news broke out of the alleged Russian spies being captured. 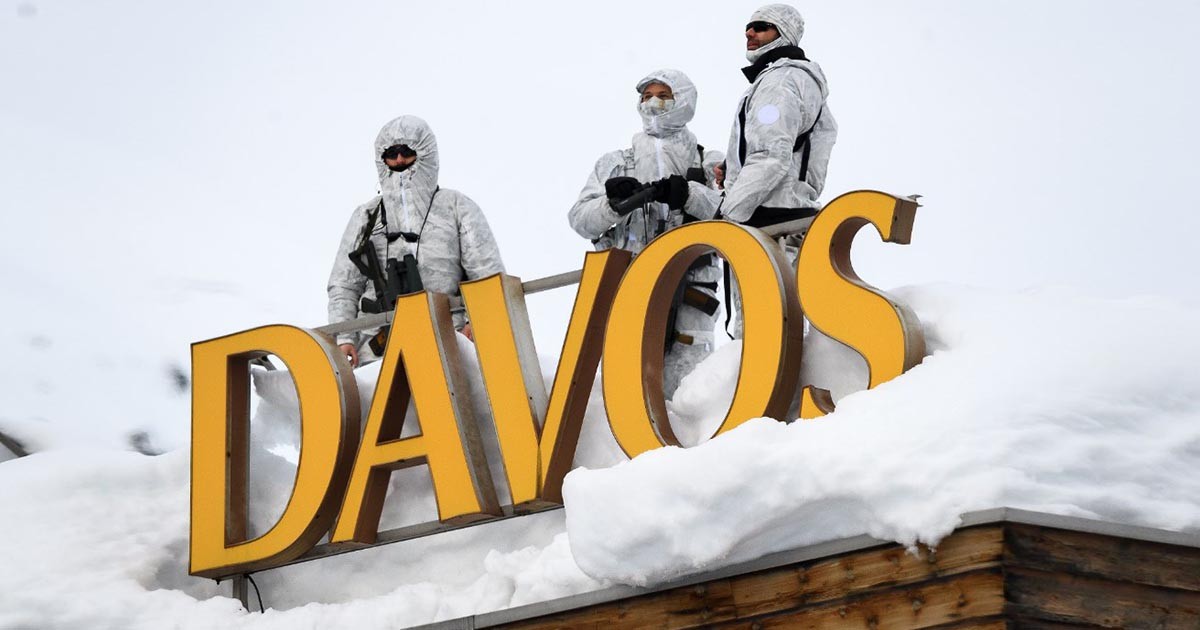 The Swiss Police caused a media frenzy, in the Davos Summit, when news broke out of the alleged Russian spies being captured. Though the arrest took place last year, it managed to stir conspiracy-mongers into spicing up an otherwise calm meeting of world leaders at a Swiss resort.

“And then the plumber pulled out a diplomatic passport,” blares (in German) the headline in Sunday’s Tages Anzeiger. The Zurich-based daily offered a lurid story of two Russians with diplomatic documents that Swiss authorities hassled way back in August, and ultimately released because, well, they hadn’t done anything to warrant prosecution.

At least one of them “pretended to be a plumber,” the paper proclaims, scandalized, to the delight of Russia conspiracy theorists everywhere – such as the Guardian’s Luke Harding or Eliot ‘Bellingcat’ Higgins.

How could two Russians possibly afford to stay in Davos for three weeks in August, the paper wondered. They had to be spies! After all, “connoisseurs of the case who spoke anonymously about the matter” said that it was “obvious” the duo intended to spy on – or even hack – the World Economic Forum, which would kick off four months later, this very week.

With only wild speculation from anonymous sources to go by, TA reached out to Bill Browder, describing the notorious financier in glowing terms as an “American-British investor” who has “been fighting for justice” for years.

“Davos is one of the few places where I can directly confront Russian officials with human rights violations,” Browder told the paper.

Lots of parties in Davos this evening, but I won’t be attending the Russia House one. Too many plumbers with diplomatic passports there pic.twitter.com/eE8JZXDCpI

For the unaware, Browder made a fortune in the lawless Russian market of the 1990s, and has since turned his expulsion from Russia on tax-dodging charges into a global “human rights” crusade named after his late accountant Sergey Magnitsky.

There is only one problem – Russia is mostly absent from the gathering of globalist elites in Davos this year. While Browder keeps showing up, President Vladimir Putin last attended eleven years ago, back in 2009, when he was prime minister. Moscow’s delegation to the 2020 conference is being led by former Minister of Economic Development Maxim Oreshkin – a new cabinet was literally announced Tuesday, and he’s not in it. Most of Russia’s outreach at Davos is done through an outfit called the Russia House – and Browder has already publicly stated he doesn’t intend to show up there.

The Russian embassy in Switzerland was “not informed” about any incident, its secretary Stanislav Smirnov told TASS. He added that diplomatic passports in Russia are issued to “senior officials” and not random members of the public.

Asked what to make of one of the men calling himself a plumber, Smirnov said that this may have been an “inappropriate joke.” He dismissed the TA story as being “sucked from a thumb,” which is the Russian equivalent of a “nothingburger.”

That’s literally true, if one reads to the end of the story, past the lurid speculation and conspiracy fantasies. The Graubünden cantonal police found nothing whatsoever to charge the two men with – “no indications of criminal acts,” according to spokesperson Anita Senti – and let them go about their business unmolested. Which is more that can be said for the Hardings, Browders and Bellingcats of this world.