The new Russian Su-35S “Flanker E” has given the American F-15 Eagle fighter a tough competition, and has temporarily dethroned the American fighter aircraft with its superior missile launching capabilities and maneuver tactics. 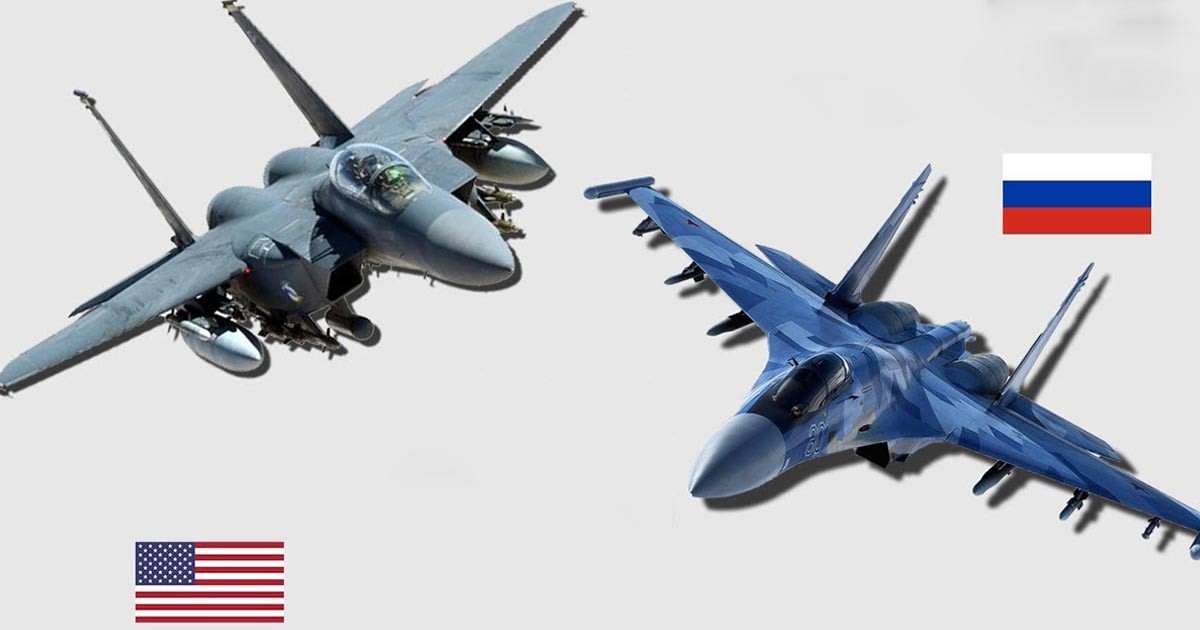 Russia’s new Su-35S “Flanker E” has given the American F-15 Eagle fighter a tough competition in the race for the best Fourth Generation fighter. The American F-15 Eagle was introduced back in the 1970s, and over the years, it has undergone extensive upgrades to stay abreast with the innovations of time.

Experts believe that hundreds of this fighter aircraft are expected to be in service for years to come. The Su-27 Flanker, the Soviet-manufactured aircraft to counter the F-15, has now undergone massive refurbishing with advanced munitions and avionics, highly sophisticated vector-thrust engines, and radar-absorbent paint.

Experts have concluded that in terms of their competitiveness in an aerial skirmish, the two aircrafts will have a closely matched clash, and therefore, the outcome will greatly rely upon the skill of the fighter pilot and the supported assets as opposed to any technological different between the two.

The Su-35 features the innovative infrared search and track system (IRST), which allows the pilot to identify the general position of an aircraft within the radius of fifty kilometers. This feature is highly efficient in identifying a stealth aircraft at a shorter range, and the F-15 is not equipped with an IRST.

Read more: Here are the 5 most lethal stealth war weapons

However, it is important to note that the Talon HATE, a new add-on pod that is being revealed will not only equip the F-15 with an IRST, but it with also feature data fusion with air and surface sensors, and will also allow the F-15 to network with F-22 Raptor stealth fighters. This system will allow the F-22 Raptors to take lead in identifying hostile targets, and dispatch the data to the F-15 to launch a missile from a safe distance.

Roblin added, “So the Su-35 will show up on radars less quickly—but a radar cross-section of one meter squared can still be detected at fairly long ranges by good modern radars, and will not protect it from being targeted by long-range missiles.”

The recently released air to air missile can be aimed targets that are at a distance of 100 kilometers. The United States Air Force believes that air warfare will be dominated by beyond visual range (BVR) combat throughout the century, with fighter pilots firing over great distances, while the Russian aviation manufacturers are more impressed with short-range combat.

The Russian military establishment maintains that evading maneuvers and electronic countermeasures reduce the hit probability considerably, however, the Russian aircrafts are continued to be designed to perform efficiently in BVR combat.

As we examine the weaponry of the two aircrafts, he Su-35 wins over with its twelve or more hard-points to carry missiles, while the F-15C features only eight. In simpler words, the Su-35 is capable of firing multiple missiles in one attack, which increases the hit probability. However, this advantage is likely to be short-lived as the manufacturers have offered to equip the F-15s with quad-rail racks, which will allow the aircraft to fire sixteen missiles.

This will also allow the F-15s to perform as “missile boats: and fire at targets identified by the F-22 stealth fighters. Temporarily, the F-15 has been beaten by the Su-35 with its missile loading capacity. The F-15 and Su-35 are equipped with long-range, radar guided air to air missiles, the AIM-120D, with a firing range of 160 kilometers, and the K-77M, with a firing range of 200 kilometers.

Previous articleThe world praises PM Khan for a historic speech: At home, Bilawal is disappointed
Next articleJustice for Haleema: Bahria University Students take to the streets