Russia’s Taliban connection is good for USA: But why? 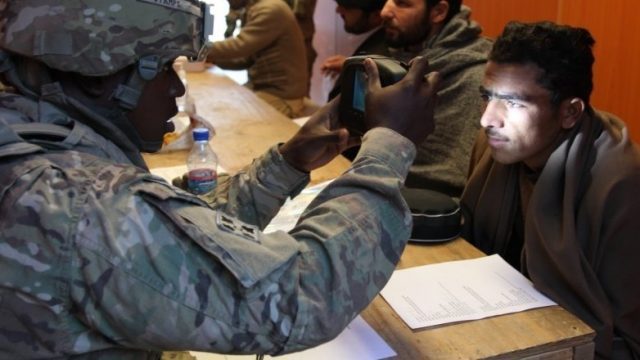 I attended a talk by Michael V Hayden about 4 years ago in Houston organized by the World Affairs Council. One of the interesting things he delineated was a comparison of the US’ covert actions during the Cold War to those in the post-9/11 world. The essence of it was that during the Cold War, local groups (Jihadists and Islamists) were supported to bring down (communist) regimes and after 9/11, the norm has been to strengthen (pro-American) regimes to bring down local groups (Jihadists and Islamists).

If the strongmen were communists, Washington and Langley strengthened the shock troops, which were the local jihadi and radical Islamist groups, to bring down the regime. The goal was crystal clear; to end and roll back communism and not allow the Soviet Union the breathing space to spread its tentacles around the world.

All the stakeholders including the US, Russia, the Taliban, and Pakistan share a common enemy, ISIS, that looms large and is coming for all of us.

Similarly, the United States didn’t officially recognize China for three decades after its founding. During the Vietnam War, Chairman Mao Zedong agreed to supply Hanoi, which was fighting against the United States, with 90,000 rifles and guns free of charge. Despite that, about a decade later, America established relations with China. Following the “ping-pong diplomacy,” Pakistan paved the way for Kissinger to visit Beijing on a top-secret mission to negotiate with Zhou Enlai.

In a charm offensive, Russia hosted a conference in Moscow where 12 countries including Pakistan, China, India, the US, and five former Soviet republics were invited. At the opening of the Friday talks in Moscow, Russian FM Sergey Lavrov said the effort is aimed at creating “favorable conditions for the start of direct talks” between the Afghan government and Taliban.

Russia wants to gain influence in a country from which it had to roll back after a humiliating defeat about three decades ago. If America’s aim today is to end the Afghan war, then why can’t it team up with Russia to achieve the goal? The Taliban want to talk to the US directly instead of the Afghan government. The United States labels talking to the Taliban directly as “talks before talks,” that could grow into negotiations between the Taliban and the Afghan government.

Washington fears that Russian efforts could derail the peace efforts of US special envoy for peace in Afghanistan Zalmay Khalilzad, which is absurd. Russian efforts would merely convert “talks before talks” into “talks after talks” where Taliban-Afghan government talks would precede the Taliban-American talks.

The United States should realize that peace negotiations are futile in bringing peace to Afghanistan if the former refuses to withdraw all its forces from the country.

If successful, Moscow would make Washington’s job easier because that would mean the latter wouldn’t have to take the trouble of convincing the Taliban to hold talks with President Ghani. If Moscow does not succeed, it eliminates the unworkable option for Washington, which can then straight get down convincing President Ghani to drop the “poison pill.”

If the means involve the Russians gaining some influence in Afghanistan then it is one cheap price for achieving the end compared to the trillions of taxpayers’ dollars spent since 9/11. Washington and Moscow can create synergy in bringing an end to America’s longest war.

Instead of sweeping opposition, the United States should compartmentalize its relations with Russia by keeping the opposition like sanctions for Russia’s annexation of Crimea as well as its alleged meddling in the American presidential elections, yet let Russia play a role in achieving an end to the war. All the stakeholders including the US, Russia, the Taliban, and Pakistan share a common enemy, ISIS, that looms large and is coming for all of us.

The United States should realize that peace negotiations are futile in bringing peace to Afghanistan if the former refuses to withdraw all its forces from the country. That has been the consistent and number one demand of the Taliban.

Imran Jan is a political analyst, he can be reached at imran.jan@gmail.com. The article originally appeared at The Express Tribune and has been republished with author’s permission. The Views expressed in this article are author’s own and do not necessarily reflect the editorial policy of Global Village Space.