According to the reports, Sajal will be performing a groundbreaking role in the movie for which she was busy shooting in London. 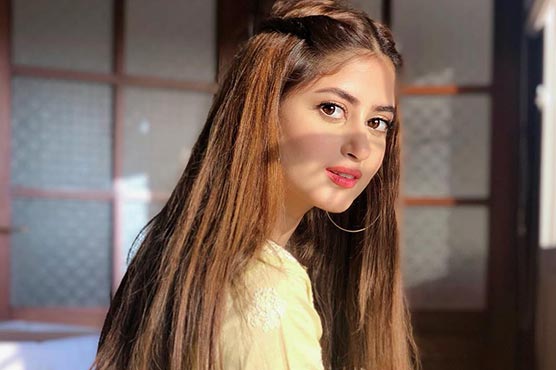 According to the reports, Sajal will be performing a groundbreaking role in the movie for which she was busy shooting in London.

The film titled, What’s Love Got To Do With It, stars actors Emma Thompson, Lily James, and Shahzad Latif.

The London-based BBC journalist, Haroon Rashid confirmed the news of Sajal Aly joining the cast of the film on Friday.

“CONFIRMED: Sajal Ali has joined the cast of What’s Love Got To Do With It, directed by @shekharkapur and produced & written by @Jemima_Khan. The rom-com stars Emma Thompson, Lily James & Shazad Latif and are currently being shot in London. Confirmed by Sajal’s agent Hamid Hussain,” wrote Latif in a tweet.

Back in November, the former wife of Imran Khan, Jemima Goldsmith, had announced of producing her first romantic-comedy movie under the banner of her Instinct Production.

She is collaborating with famous Indian director, Shekhar Kapur, known for directing blockbuster movies, Dil Se and Mr.India. Gupta is making his comeback after his 2007 Oscar-winning production, Elizabeth: The Golden Age.

The movie is set between London and South Asia, the theme follows the conflict of cross-culture love and marriage, reported media outlet Deadline.

Both Khan and Latif have family ties to Pakistan. Khan was married to a Pakistani former cricket icon and current premier of Pakistan, Imran Khan. Perhaps, the movie will echo her life experiences. Khan has written the script of the movie.

The movie had hit the floors in December. Being a former journalist, Khan has work credits for 2019 Emmy-nominated The Case Against Adnan Syed, her 2018 drama The Clinton Affair, and American Crime Story.

Last year, Sajal Aly had won the prestigious Distinctive International Arab Festival Awards (DIAFA). The actress posted her picture with the trophy on her Instagram account on Sunday.

“This award is special to me not just as an artist, but as a proud Pakistani. Thank you #DIAFA and thank you Dubai for honoring artists from around the world,” wrote Aly on her Instagram account.

Her video of receiving the award was released on social media. While receiving the award, the actress said: “Assalamualaikum everyone, first of all, I want to say that I am honored to be here with such amazing actors and amazing people.”

Peace in Afghanistan necessary to defeat ISIS in the region

How close is the UK to crashing out of the EU?