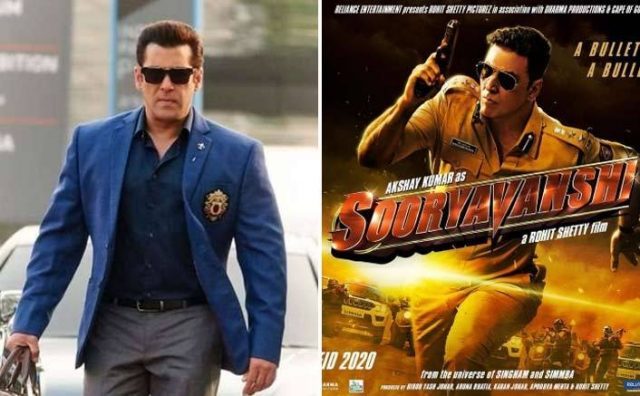 Race 3 has only just been released but already we’ve started hearing news of the fourth film being made. The news comes from the producer Ramesh Taurani, who stated that the while the fourth film was in development, no script had been finalized yet. For fans of the Race franchise this is great news. He also stated that Salman Khan would return to the Race franchise once again.

“Race 4 will definitely be produced but the script will be decided before; right now nothing is decided. Of course, it will not be significantly shorter but what it will be is the lowest budget 300 crore film in Bollywood history, despite the fact that Salman [Khan] will of course get a commission.”

The first film in the franchise was released in 2008 and it featured Saif Ali Khan, Bipasha Basu, Akashaye Khana, Katrina Kaif and Anil Kapoor.

The film became the fourth highest grossing movie of the year and grossed almost $31 million US dollars from a budget of $14 million. The film and its soundtrack were also praised and the movie’s overall success leads to Race 2 being made five years later. Apart from Anil Kapoor and Saif Ali Khan, the cast was completely revamped. John Abraham, Deepika Padukone, Jaqueline Fernandez and Ameesha Patel were the new additions to the cast, among other new faces. Like the first Race, this one too had a difficult con that needed to be pulled and the sequel too used an ensemble cast to its benefit.

The film was made on a budget of $12 million and managed to collect about $14 million dollars. Despite the film’s box office performance not being the best, it was still a win for the Race franchise especially in Pakistan where it became the highest grossing Bollywood film.

Because of the franchise’s success, a third sequel was planned. This time only Anil Kapoor and Jacqueline Fernandez returned to the series, with the other cast members being replaced. The two returning Race actors also didn’t reprise their role but instead played two new ones. Joining Kapoor and Fernandez was Daisy Shah, Freddy Daruwala, Saqib Saleem, Bobby Deol and of course, Salman Khan.

Upon its release, Race 3 became the most critically panned film of the franchise thus far but it managed to do some amazing business. The Remo D’Souza directed film was made on a budget of $21 million and has already earned $31 million dollars. The film was a big hit in Pakistan and beat all the other local and foreign films, becoming the biggest Indian film to release in Pakistan this year.

As of now, there isn’t too much information about Race 4 yet but we can rest assured that Salman Khan will be back and kicking butts somewhere around 2020.

CPEC and Pakistan’s road to development: Can India sabotage the plan?