Samsung Galaxy A series: A new wave of smartphones?

The Galaxy A80 is a bigger device – between its larger body, screen and battery size, it's no doubt a chunky monkey, but the Galaxy S10 has better specs and arguably a more diverse camera loadout too. 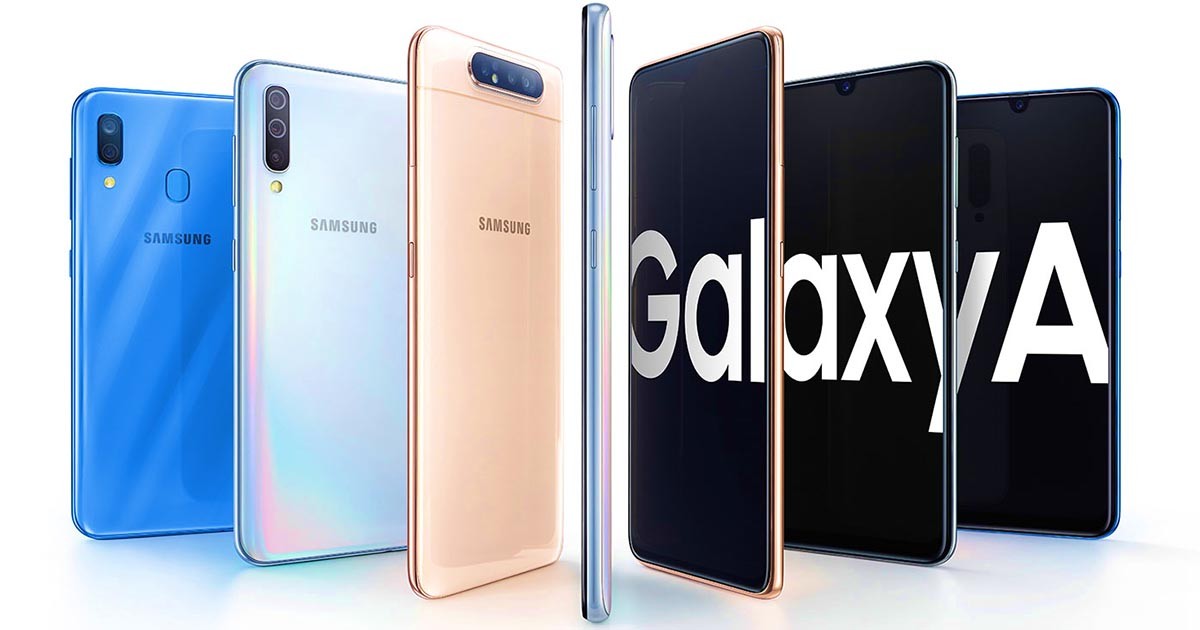 The Samsung Galaxy A smartphones are a mid-range answer to their flagship Galaxy S line. The A-series has solid features and specs and is for those who won’t spend the premium for the S phones. Unlike other Samsung Android smartphone lines, the A series releases new models with the same name each year. The S series will always have the latest features embedded into it, with each feature carrying the highest quality of performance.

Samsung has been working on expanding it’s A series range with an array of options depending on the specs’ requirement and affordability of the customer. The company launched Samsung Galaxy A30s and Galaxy A50s last month and has now unveiled the Galaxy A20s as a minor upgrade over its predecessor.

Galaxy A20s is an entry-level smartphone with a few downgrades and some improvements on the hardware side. It costs around Rs. 30,000 in Pakistan and for the price, one might argue that the phone is quite worth it. Featuring the same design elements as its predecessor, A30, the smartphone comes in four colors: black, blue, green and red.

The only difference between the aesthetics of A20 and A20s is that the latter sports a vertically aligned triple sensor rear camera as compared to the dual-sensor rear camera featured by the Galaxy A20. The fingerprint sensor, like A20, is housed on the back.

The Samsung Galaxy A80 has been released to cost a whopping Rs. 114,999, which is probably the most expensive model in the A series yet.

On the front, the smartphone features a 6.5-inch Infinity-V display with HD+ (720p) resolution, 81.9 percent screen to body ratio and 264 ppi pixel density. Unlike its predecessor A20s does not feature an AMOLED display, with an IPS LCD panel instead.

As for the innards, the Galaxy A20s comes with Qualcomm Snapdragon 450 with 3GB or 4GB RAM and 32GB or 64GB memory. The memory can be expanded via a dedicated memory card slot. Software-wise, the smartphone runs on Android 9.0 Pie topped with Samsung’s One UI.

As mentioned before, Samsung Galaxy A20s comes with a triple sensor rear camera featuring a 13 MP main unit, 8 MP ultra-wide module and a 5 MP depth sensor. The selfie camera is an 8 MP shooter with an f/2.0 lens.

A Series vs S Series

Now, if you want to own a Samsung phone with an Android operating system, there are two choices that you can make: the newer Galaxy A series, or the flagship Galaxy S series. Before choosing any one of them, you should know the difference between those two distinct models of Samsung smartphone. So, what is the difference between Galaxy A series and Galaxy S series? And more importantly, which phone is the best for you?

Samsung has launched a collection of Galaxy A phones, and the leader of the pack is the Samsung Galaxy A80, which boasts a novel rotating camera, as well as a large uninterrupted display. But it hasn’t been very long since Samsung released the Samsung Galaxy S10, one of the most impressive smartphones we’ve ever seen, and like the Galaxy A80 it’s packed with cutting-edge features. To put things in perspective, let’s compare the said (best) models of both the series and then choose what’s best for our liking.

The Samsung Galaxy A80 has been released to cost a whopping Rs. 114,999, which is probably the most expensive model in the A series yet. We have spoken about more reasonable models above.

At 6.7 inches the Samsung Galaxy A80’s screen is significantly bigger than the Galaxy S10’s 6.1-inch display, and that extra size is increased by the lack of a front-facing camera in the A80 to take up space, whereas the S10 has a ‘punch-hole’ cut out of it for this snapper in the top right corner.

Both phones use Samsung’s Super AMOLED screen tech, for unrivaled color accuracy and high levels of maximum brightness. They also both have a fingerprint scanner built into the screen. Despite the larger screen size the Samsung Galaxy S10 has a better screen resolution, which means that Galaxy S10 has a much higher pixel per inch count.

The Galaxy A80 is a bigger device – between its larger body, screen and battery size, it’s no doubt a chunky monkey, but the Galaxy S10 has better specs and arguably a more diverse camera loadout too.

Both have a rather similar ‘premium’ feel however, with Corning Gorilla Glass fronts and backs and metal bands in between. The S10’s screen is curved around the edges though, while the A80’s is flat, which may give it an edge in terms of ‘premium’ feels. They also both have USB-C connections, but the Galaxy S10 has a headphone jack which the A80 doesn’t, so if you’re attached to the 3.5mm port the S10 may be a better choice.

The Samsung Galaxy A80’s camera is probably the most novel feature on the device – the phone has a triple-lens camera on the back that can pop up and rotate when you want to take a selfie, which should let it take selfies of unprecedented quality as well as performing well for other types of photos. Now, whether these moving parts will survive wear and tear is something we’ll need to find out though.

The three cameras consist of a 48MP main, 8MP ultra-wide and 3D depth-sensing snapper, and in our brief hands-on with the phone we found it great for autofocus as well as background blurring, but we’ll need to spend more time with the handset to see how good it truly is.

On the rear of the Galaxy S10 there’s a 12MP regular, 12MP telephoto and 16MP ultra-wide lens, which take pictures with great detail and are particularly competent at picking up punchy colors. In particular, the telephoto lens, which you won’t find in the Galaxy A80, was good at sensing depth and taking pictures at a distance.

While the Samsung Galaxy S10 comes with a 3,400mAh battery, you’re going to get a 3,700mAh power pack in the Galaxy A80, but both should easily last you a day.

From the design and battery life, it may seem that the Samsung Galaxy A80 is the better phone, but you’re actually going to get better internals from the Galaxy S10. While the A80 has the Snapdragon 730 chipset, which is an admirable mid-range processor, the S10 boasts either a Snapdragon 855 or any Exynos 9820 (depending on where you are in the world), both of which are as cutting-edge as you can get in a chipset right now.

Both phones have 8GB of RAM, upwards of 128GB of storage, and both run Android 9, the latest Android operating system, so you’re going to find them rather similar to use, and both use the Samsung One UI which has a relatively clean aesthetic.

Unless you’re pushing the phone to its limit, like playing a high-end game or using an intensive app, you’re not likely to notice a huge difference between the phones, but if you do need every drop of performance power you can get then the Galaxy S10 is the better handset.

The Galaxy A80 is a bigger device – between its larger body, screen and battery size, it’s no doubt a chunky monkey, but the Galaxy S10 has better specs and arguably a more diverse camera loadout too.

We’ll know for sure how the two phones compare when they come out, but for now it seems the Samsung Galaxy A80 is the big and bulky, but slow, counterpart to the small and swift Samsung Galaxy S10. However, for the price difference, some would argue that A80 is worth the savings or maybe S10 is worth the splurge – depends on your expectations from a smartphone.

From ZA Bhutto to Imran Khan-A ray of hope, challenges and way forward