The company had hoped to put an end to its problems by instituting a huge recall programme – but now new phones are starting to blow up.

Samsung has halted production of its Galaxy Note 7 smartphone after it kept blowing up, according to reports.

The South Korean phone maker has “paused” the output of the new phone, according to the country’s Yonhap news agency. The company had hoped to fix the fact that its devices kept bursting into flames by issuing replacement phones with new batteries – but after reports this week that those models were also blowing up, the company has taken the unprecedented measure of pausing production.

The decision has been made to ensure that customers can stay safe, Yonhap reported, citing an unnamed official at a Samsung supplier.

The problems started soon after Samsung’s flagship phone was released last month. Multiple users reported that they could spontaneously blow up, apparently because of an issue with their battery. 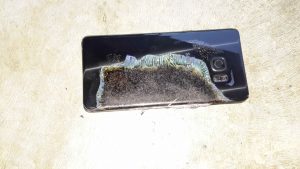 The company seemed to have it under control with a recall programme that saw people asked to return their phones immediately and have them replaced with a new one that didn’t have the defective battery technology.

Last week, a plane had to be evacuated when a replacement phone started smoking and appeared to be on its way to catching fire. That was just the first of now multiple reports of replacement phones exploding.

Samsung hasn’t yet commented on the reports that it is pausing production, or suggested when or how they will begin again.

The news comes after two of the biggest US networks, AT&T and T-Mobile, stopped replacing or selling the Note 7, causing a major headache for Samsung. 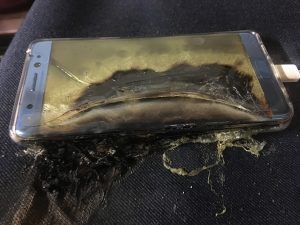 “While Samsung investigates multiple reports of issues, T-Mobile is temporarily suspending all sales of the new Note 7 and exchanges for replacement Note 7 devices,” T-Mobile said.

Despite the potential $5 billion cost of the recall, Samsung’s share price hit an all-time high on Friday, after its profits jumped 6 per cent.

“Awaami Sawari” is no more!

Is China planning to take over moon?

Regime Change: The US’ favorite weapon?

Taimur Jhagra: The world has done it, we can do it!

Jemima Goldsmith asks what is wrong with PMLN

Khizr Muazzam Khan, Pakistani-American, to get highest US Civil Award