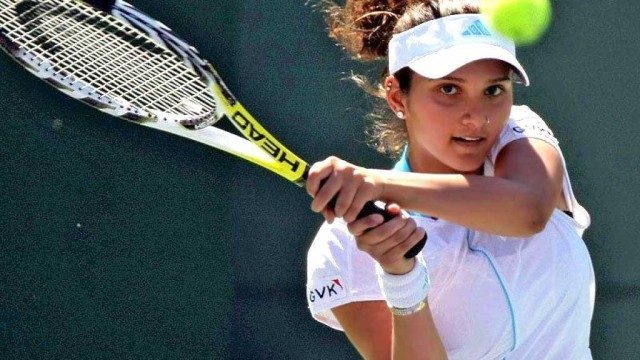 Indian Tennis player and the wife of cricketer Shoaib Malik, Sania Mirza, recently made a family trip to Lahore. The tennis player received a warm welcome from friends and family in Pakistan.

The tennis star hung out with celebrities and cricket fraternity during her stay in Lahore.

Sania Mirza attended the dinner hosted by Mohammed Hafeez before the team departed to New Zealand.

Sania also had a good time with Muhammad Hafeez’s daughter as the father shared the picture on his social media account.

Sania and her husband met up with local celebrities as well as they had a cosy dinner with the famous actresses, the Hocane sisters, in a restaurant in Lahore.

Shoaib Malik shared a picture of his wife with his mother as well.

Before coming to Pakistan, the couple was invited to Dubai for an opening ceremony of a restaurant.

Thank you for a great evening Sthan Dubai! The connect between cultures is something that is so close to our hearts. We enjoyed every moment of it and will definitely come back for more ‘Dal Bhukhari & Kasui Murg Makhanwala’. #Sthan #FoodBeyondBorder

Sania Mirza herself is a popular social media figure. The Indian tennis star always has perfect pictures to share that make her followers extremely happy.

In terms of her sporting career, Sania Mirza may miss next month’s Australian Open due to a serious knee injury that could possibly require surgery.

Sania is suffering from a condition called jumper’s knee in her right leg.

Her vacation trip to Lahore would have been a nice distraction from her gruelling tennis career that requires constant work and attention.