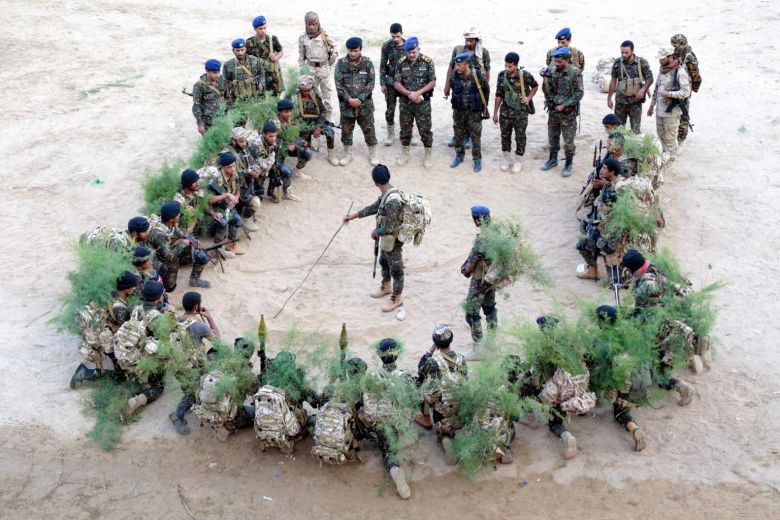 Saudi Arabia and its allies said Monday they are committed to de-escalating hostilities in Yemen, only days after launching a renewed offensive on a port crucial for humanitarian aid. “The coalition is committed to de-escalating hostilities in Yemen and is strongly supportive of the UN envoy’s political process,” a source in the Saudi-led coalition told AFP on condition of anonymity.

Saudi Arabia and its allies intervened in the conflict in 2015, aiming to bolster the standing of President Abedrabbo Mansour Hadi as he fought an insurgency by the Shiite Huthis from northern Yemen. On Thursday, the Saudi-led alliance restarted its military campaign to capture Hodeida, the rebel-held Red Sea city that is home to a strategic port.

Fourteen million people now stand at the brink of famine in Yemen, which the United Nations has called the world’s worst humanitarian crisis.

It had suspended the offensive ahead of UN efforts to hold peace talks in Geneva that eventually collapsed in September. The UN-sponsored process fell apart after the rebels refused to travel to the Swiss city unless the United Nations guaranteed both their delegation’s safe return to Sanaa and the evacuation of wounded fighters.

The UN envoy for Yemen, Martin Griffiths, now hopes to schedule talks between the government and the Huthis this month. Government coalition warplanes carried out dozens of air strikes on Sunday to support pro-government forces in fighting that appears to be edging further into Hodeida, approaching the city’s main university.

Dozens of rebels and soldiers were killed in battles and the raids, according to sources in hospitals across the areas. The source in the Saudi-led coalition said the current clashes were not “offensive operations”, adding that the alliance was “committed to keeping the Hodeida port open”.

“If the Huthis fail to show up for peace talks again, this might lead (us) to restart the offensive operation in Hodeida,” the source said. “The humanitarian situation in Yemen is unacceptable. We are committed to ending the conflict as soon as possible.

The Saudi-led alliance restarted its military campaign to capture Hodeida, the rebel-held Red Sea city that is home to a strategic port.

“If the Huthis show up, we will continue our humanitarian efforts,” he said. “If they don’t, we will also continue those efforts.” The UN children’s fund, UNICEF, on Sunday warned an assault on Hodeida city would jeopardise the lives of Yemenis across the country who depend on its port for humanitarian aid.

The World Health Organization estimates nearly 10,000 people have been killed since the Saudi-led camp joined the war in 2015. Human rights groups say the toll could be five times higher.

Fourteen million people now stand at the brink of famine in Yemen, which the United Nations has called the world’s worst humanitarian crisis.

Afghan teen to appear in court for Amsterdam station attack

Study reveals vaping can cause pneumonia