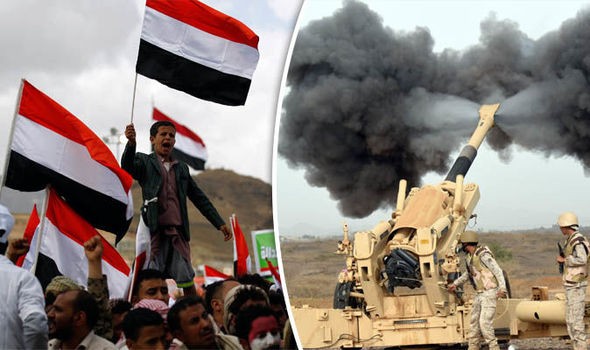 Saudi Arabia is blockading Yemen in response to the Houthis’ weekend missile strike in Riyadh.

The Yemeni rebels teamed up with former President Saleh’s forces over the past year and thereby gained access to the country’s missile arsenal, though Saudi Arabia is accusing Iran of providing the Houthi national liberation movement with these munitions because it conforms to the Kingdom’s “politically correct” interpretation of regional events by blaming Tehran for all of the Mideast’s problems.

There are conflicting reports about whether or not Saudi Arabia’s military was successful in shooting down the missile before it hit the Riyadh airport, but in any case, this incident proves why the country is so interested in buying Russia’s S-400 state-of-the-art anti-missile system.

Mohammed Bin Salman needs to avoid being sucked even deeper into the Yemeni quagmire because this could seriously destabilize his rule by turning the military against him.

It also just as importantly shows that the War on Yemen is now boomeranging back into the Kingdom itself, which presents the young Crown Prince with the fateful choice to either double down on his disastrous military commitment to reinstalling ousted President Hadi or to wisely apply the Russian model from Syria in spearheading a face-saving “political solution” that could allow him to eventually withdraw from the conflict.

Read more: Macron travels to Saudi Arabia as controversy over Harriri heats up

Judging by Riyadh’s decision to de-facto blockade all of Yemen except for Aden just like it’s doing against Qatar, which was already occurring anyhow but is now being made public in an attempt to ‘justify’ it as a reaction to the missile strike, Mohammed Bin Salman appears to be giving in to his initial impulse to react somewhat militarily.

This could have dire humanitarian consequences for Yemen, where 17 million people out of its total population of 25 million are facing food insecurity challenges as a result of the two-and-a-half-year conflict, with nearly 7 million of them classified as being in a state of emergency at risk of famine-like dangers.

In addition, the World Health Organization predicts that the world’s largest and fastest-spreading cholera outbreak in modern history will reach its one millionth case by the end of the year, so a more comprehensive tightening of the existing blockade, save for the coalition-occupied southern port of Aden, could be a lot deadlier in the long term than a conventional military response to the missile strike.

There are conflicting reports about whether or not Saudi Arabia’s military was successful in shooting down the missile before it hit the Riyadh airport, but in any case.

Mohammed Bin Salman needs to avoid being sucked even deeper into the Yemeni quagmire because this could seriously destabilize his rule by turning the military against him and making it an instrument of the pro-American royals who might be plotting a palace coup.

Therefore, it’s possible that the Crown Prince might make any forthcoming blockade relief conditional on the Houthis unconditionally entering into a Saudi-brokered political dialogue with Hadi under Riyadh’s terms, though it’s not likely that they’ll agree to this, and the future King’s reformist reputation could suffer if his actions are framed by the international media as essentially amounting to humanitarian blackmail for geopolitical purposes.

Can coronavirus be transmitted through an air conditioner?